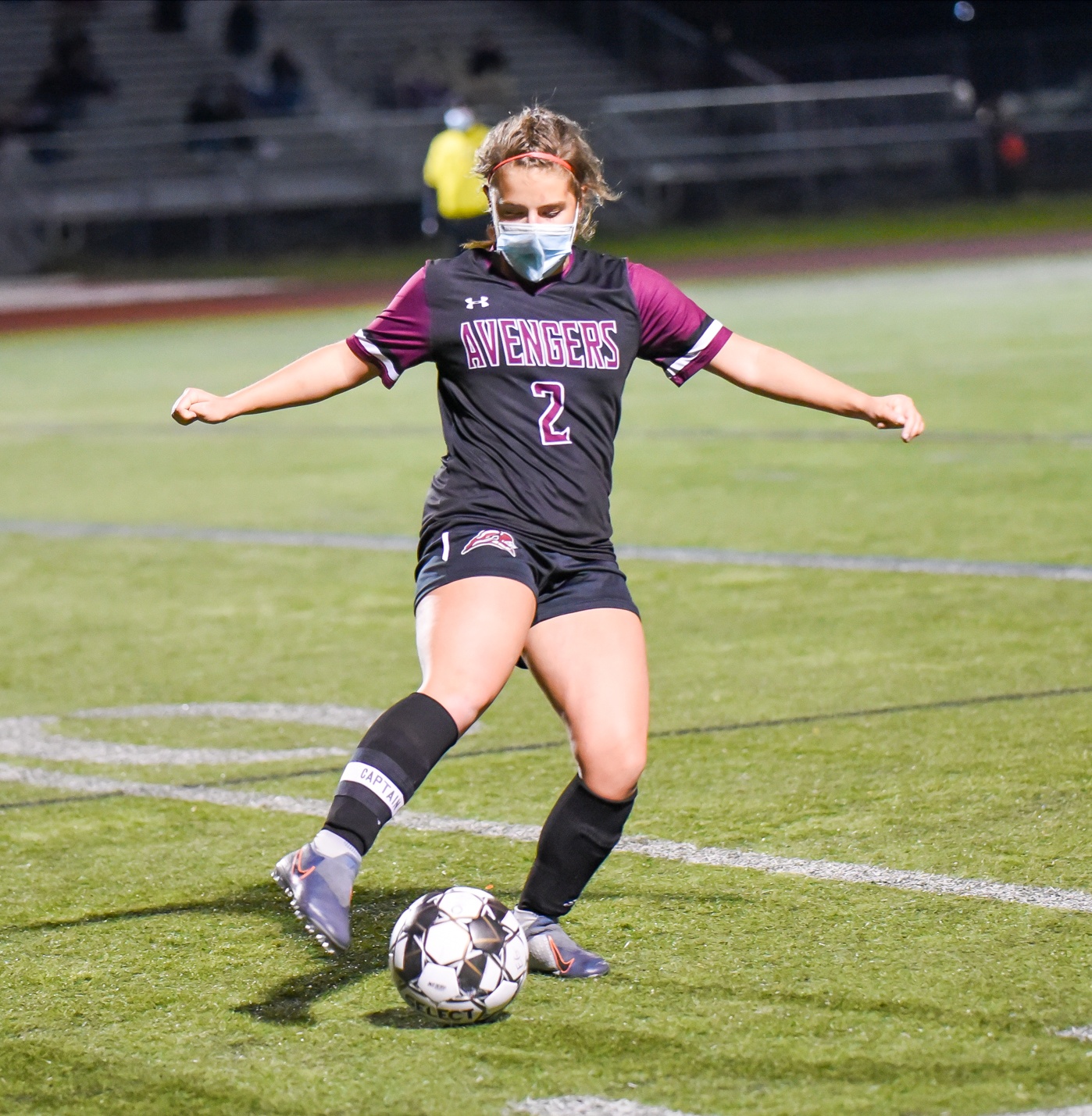 Above: “Maeve Phinney always kind of locks it in for us in the center mid,” said Coach Lockhart after Tuesday’s game. Photos by Chuck Nadeau. Find all his photos at chuckn.com .

The EG Girls Soccer team had to work for it Tuesday night, but with three goals in the second half, including the go-ahead corner kick goal by Ava Simpson, they beat Ponaganset 3-2 and earned a spot in the semi-finals.

The Chieftans’ Jordyn Albanese scored the only goal of the first half, with an assist from Emma Papa. The Avengers started the second half with an early goal by Gracie Kauffman, with an assist by Abby Lewis, tying the game 1-1. EG then pulled ahead on a penalty kick from Tori Duke. Ponaganset’s Papa tied up the game again.

EG kept up the pressure. Simpson had back-to-back corner kicks and the second one found the net. The Avengers held onto the lead for the win. Rosa Caliri had 5 saves for EG; Bianca Capraro has 11 for Ponaganset.

“Give credit to Ponaganset because they really fought hard. They really came to fight,” said Coach Karen Lockhart. “We had a lot of chances that we didn’t capitalize on and we made a few mistakes defensively. But I’m proud of the way we kind of gutted it out at the end. The last 10 minutes, we had a ton of chances in the box, a ton of corners and luckily we were able to put one away by a great kick. I’m happy we won. I’m proud of the fight. It wasn’t pretty today but that means we get to do more work tomorrow.”

She added, “I thought Gracie Kauffman played really well on the left and Maeve Phinney always kind of locks it in for us in the center mid.”

Kindness on the pitch.

Coach Lockhart fist bumps with goalkeeper Rosalina Caliri before the start of the game.