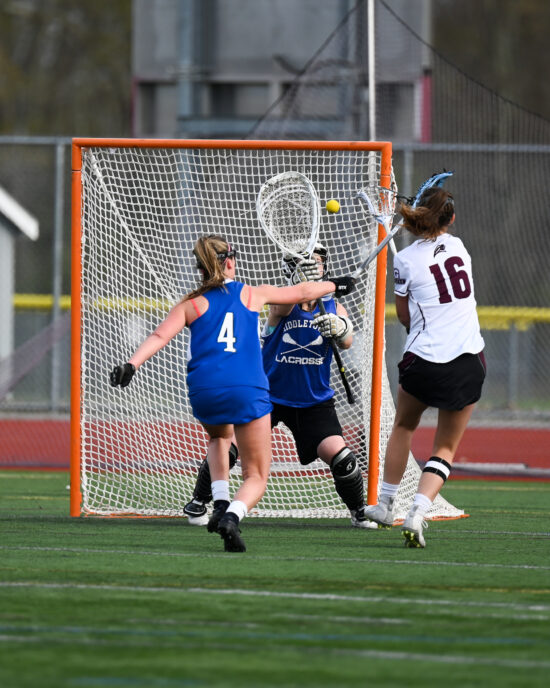 Above: Mila Navarro launches one for a goal – she scored 6 of EG’s 11 goals. Photos by Chuck Nadeau – see all his photos at chuckn.com.

The East Greenwich Avengers hosted the Middletown Islanders for what was a story of two halves. The team was excited for this match up and even more excited for the return of their coach, Karen Lamont, who had been out due to a family illness and Covid. In the first half, despite the even amount of draws won by both teams, Middletown jumped up on East Greenwich scoring 7 goals to East Greenwich’s 3. Junior and team captain Mila Navarro had all 3 of EG’s goals.

The second half was a different game for the Avengers. Junior Helena Dunwoody helped build momentum by winning the majority of the draws, giving the team needed possession to climb out of the deficit from the first half.  East Greenwich attacked the net, with 12 shots and 8 goals, eventually tying and then up by one goal. The points were shared amongst 3 of the Avengers.

Navarro had another 3 making it 6 total for her on the day. Helena Dunwoody had 3 and freshman Eva Dufresne had 2. EG goalie, Fiona Baxter also had a great second second half, saving over half of the Islander’s 11 shots. Despite the girls come-from-behind efforts, Middletown was able to regroup and match the Avengers point for point. In the end, Middletown was able to hold onto a one-goal lead and ran the clock in the final minutes of the game.  The final score was Middletown 12 to East Greenwich’s 11.  It was an exciting game to watch and the Avengers should be very proud of their efforts.

Our thanks to Tommy Sprague for covering the game. EG News is looking for sports enthusiasts to help us cover EG sports. If you are interested, contact [email protected]. 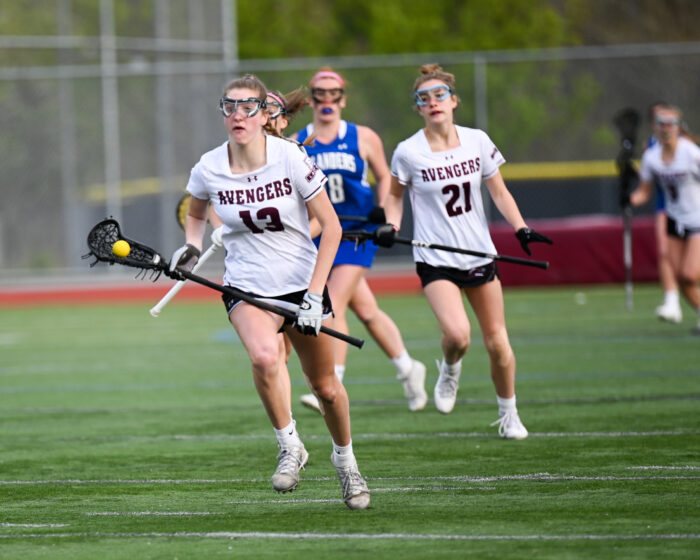 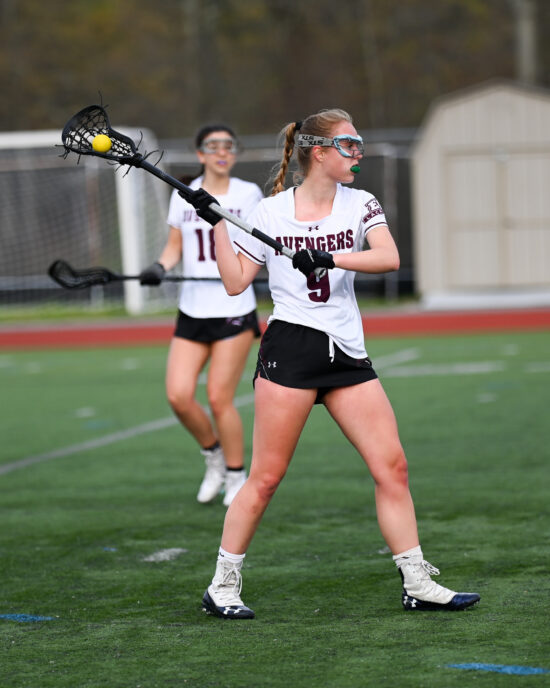 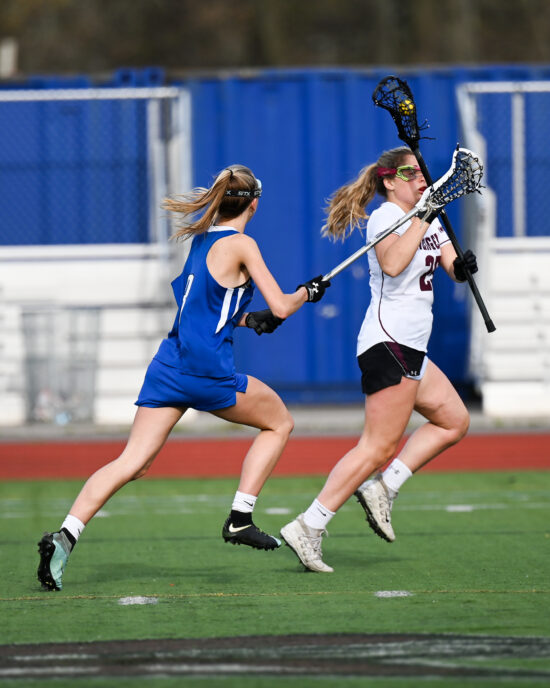 Jillian Prior gets pressure from the defense. 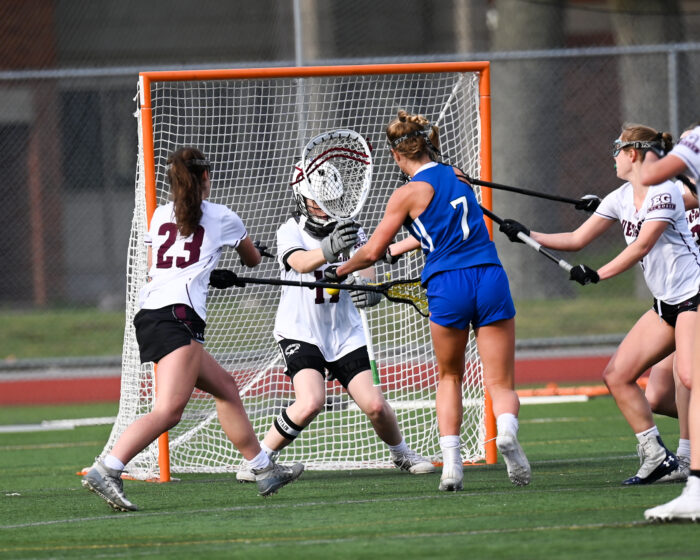 Fiona Baxter takes a direct hit off her body for the save. 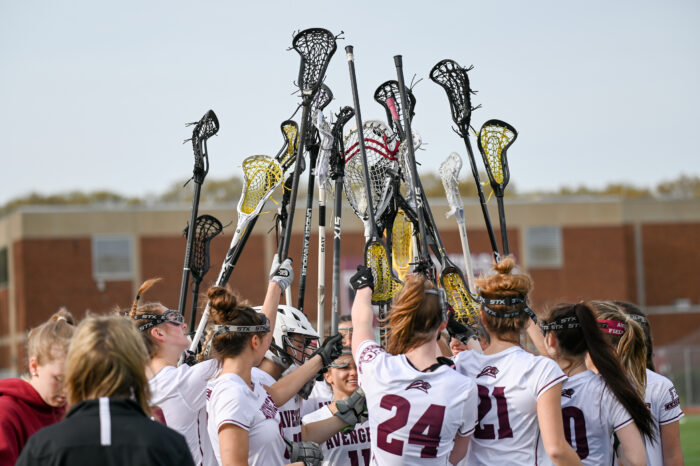 The team raises crosses before the game.