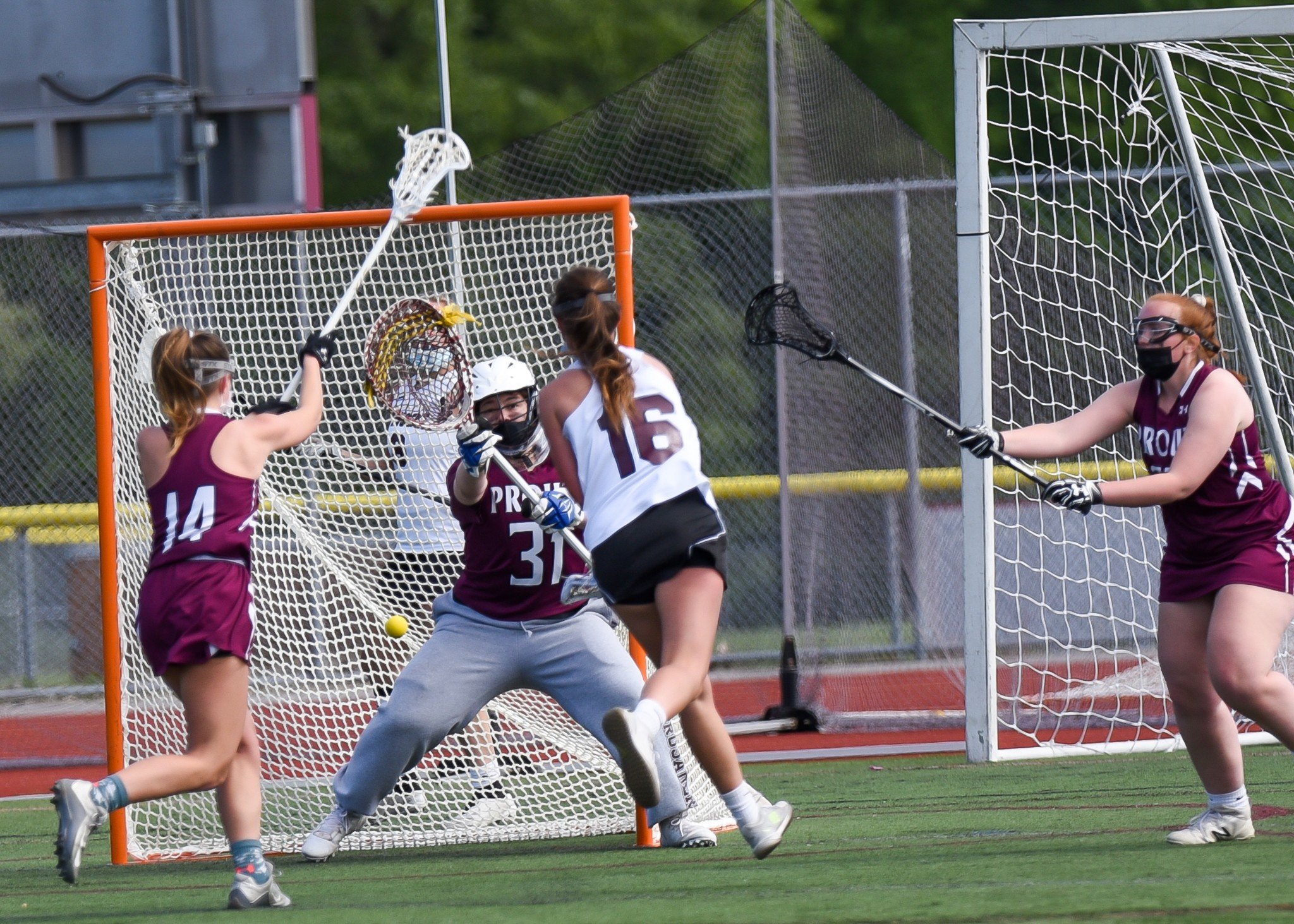 Above: Mila Navarro lets go a screamer for a goal. Photos by Chuck Nadeau (chuckn.com).

I think my last words from the EG-Middletown game about this upcoming game was, “This one will be a nail-biter.” It’s nice to be right once in a while.

From the start, the Crusaders were physical. I think they caught the Avengers off guard and put them on their heels. The first score went to Prout, and they looked good setting up plays.

EG did change their game plan a little to include more contact. Now we were into an end-to-end game. At one point, EG led by two but the Prout girls came right back.

Prout was ahead 7 to 6 and with 38 seconds left in the game, EG scored to tie. Then with only 26 seconds left, Prout scored the winning goal. The final was 8 to 7 Prout.

On the stat side, Mila Navarro led with three goals and one assist. Other scorers were Abby Walsh, Alex Mega, Helena Dunwoody, and Izzy Gelzhiser. They all had a point each. Goalie Fiona Baxter kept EG in the game with seven saves. 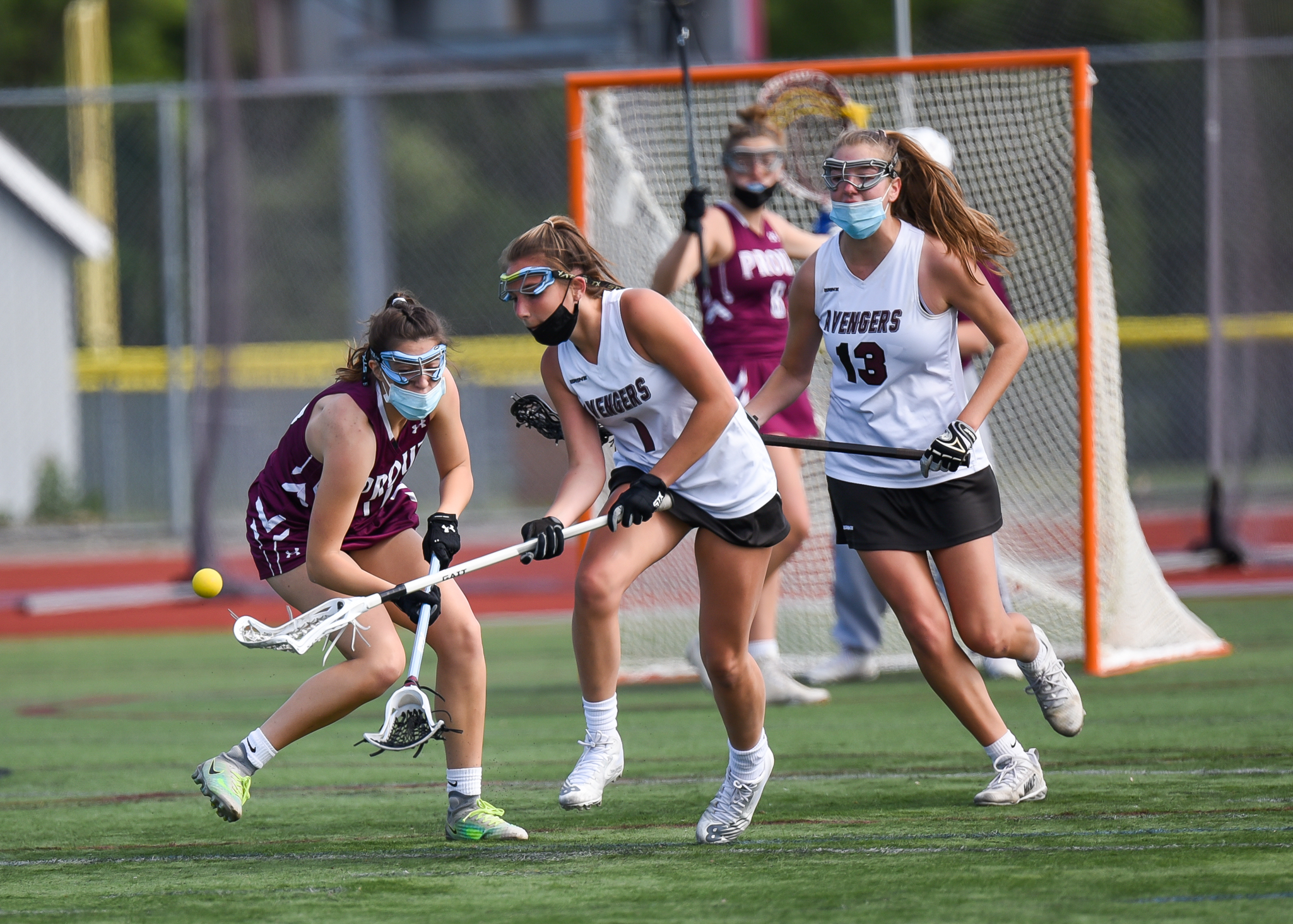 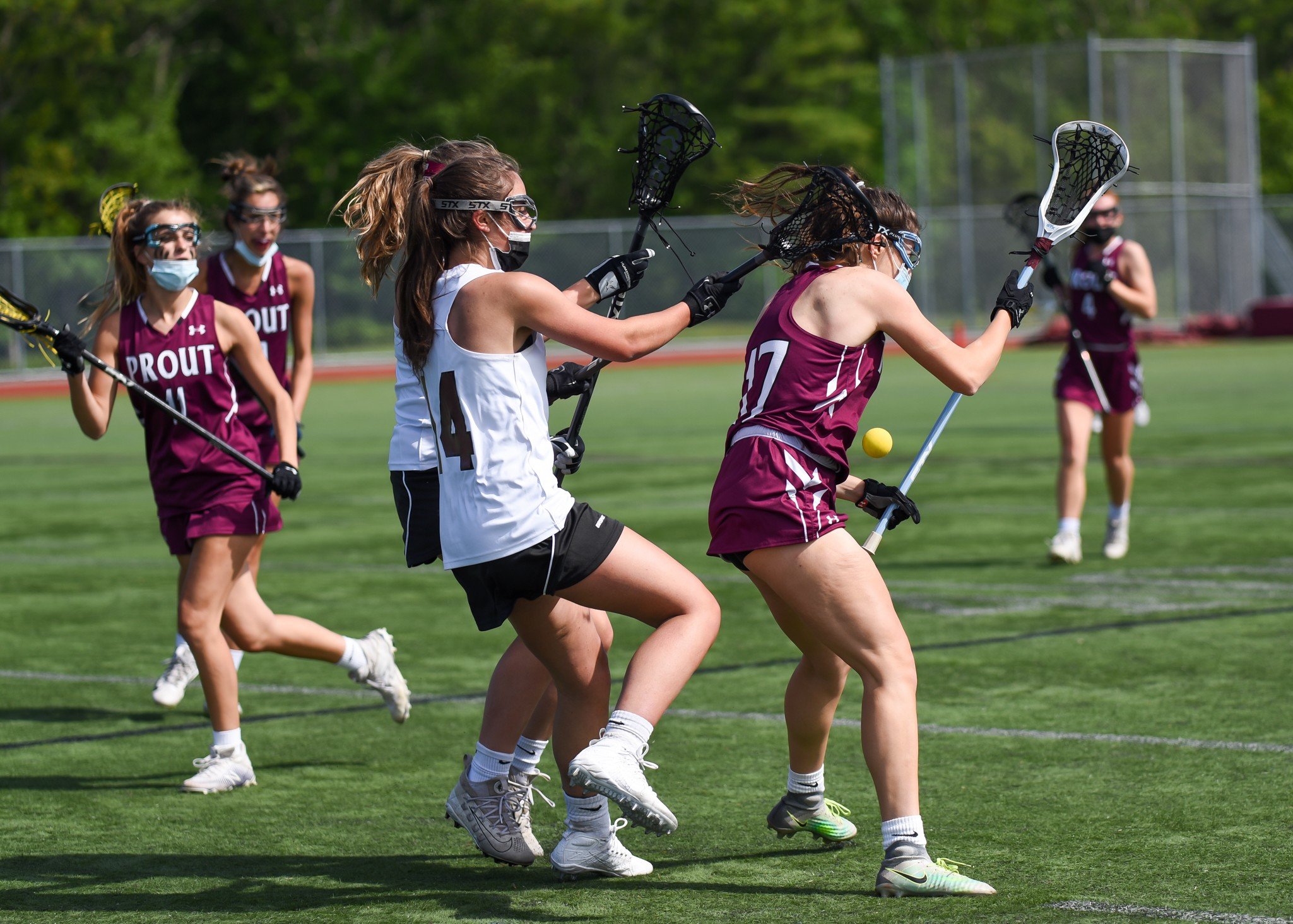 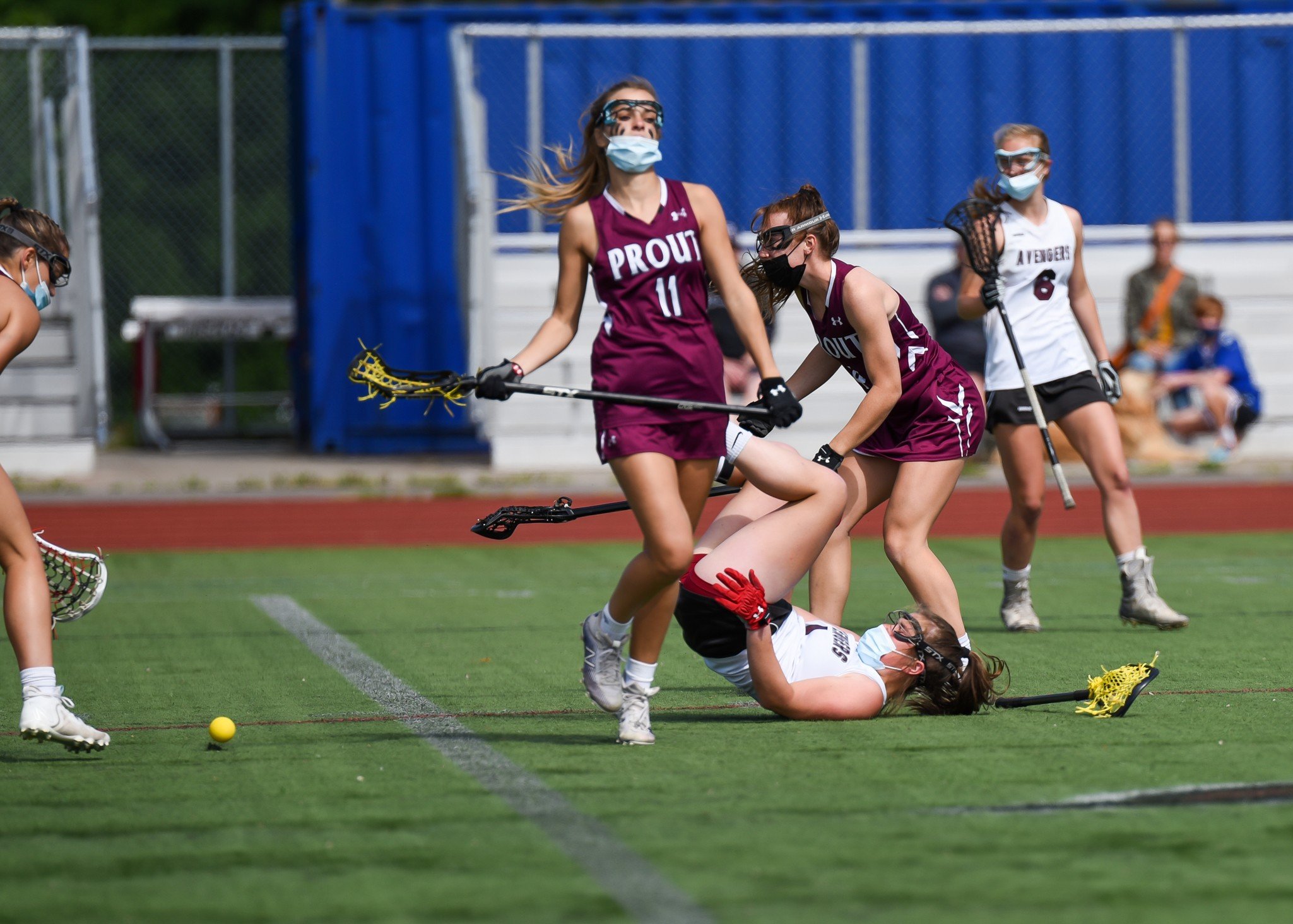 Both teams got physical. 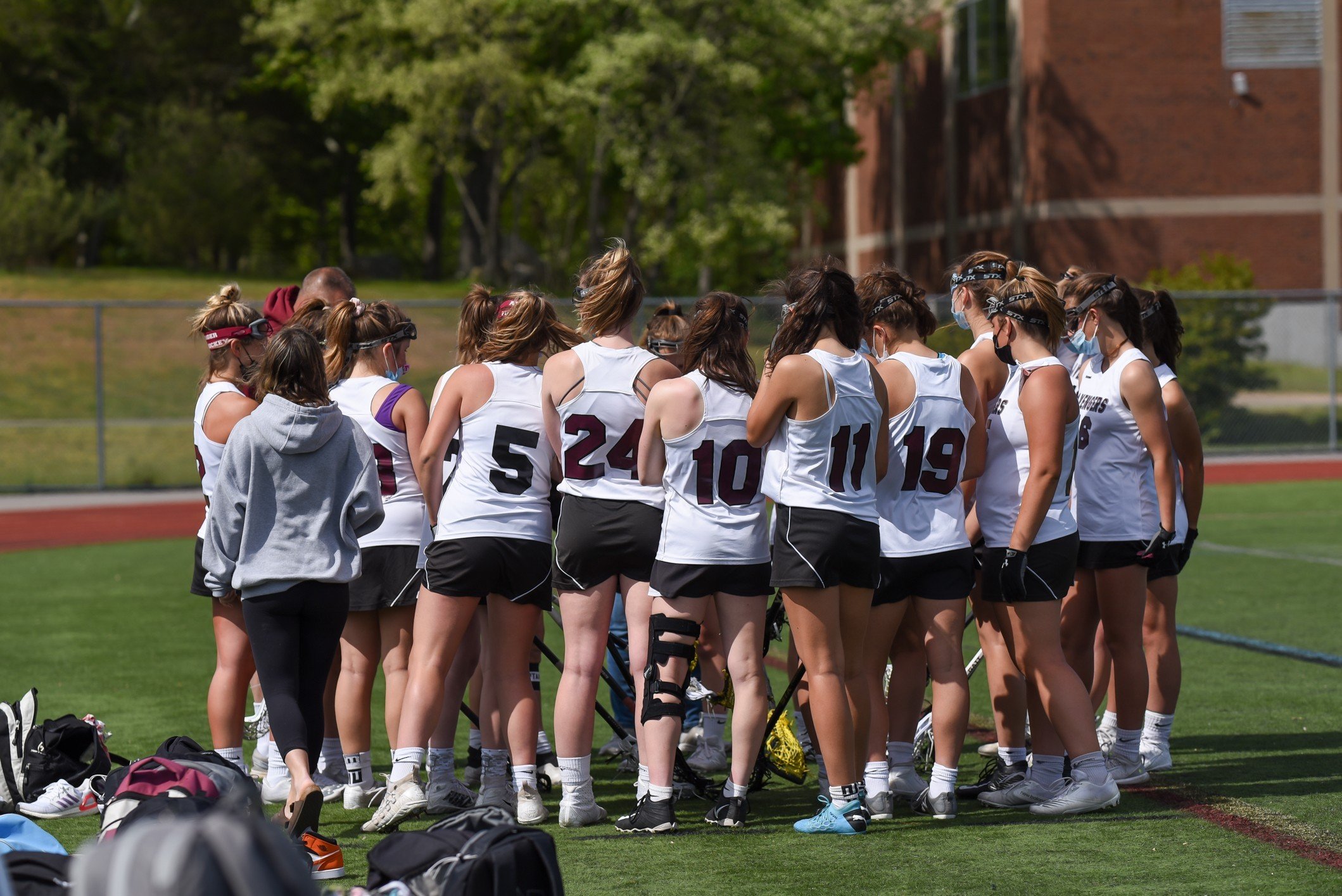