Above: One of EG goalkeeper Fiona Baxter’s numerous saves. Photos by Chuck Nadeau (find more of his photos at chuckn.com).

The Avengers had to put a little extra hard work into the game – the Islanders came to play. The two teams were evenly matched, and it showed right up to the final buzzer, with EG holding on to a 7-6 lead for the win.

Both teams were patient on offense, and goaltending played a big difference. The EG goalie #92 Fiona Baxter made 12 saves. Her play was an important part of their win.

The score at the half was 6 to 3 for EG, but that only fired up Middletown.

The second half saw more play in the EG end than they would like, and that’s when Baxter’s play became so important.

The final was 7 to 6 for the Avengers with Middletown knocking at EG’s door right up to the buzzer.

The next game for EG will be against a good Prout team with a 4-1-0 record. The game is on Monday the 25th at East Greenwich. After having seen Prout’s 19 to 2 win against Cumberland, this one looks to be a nail-biter. 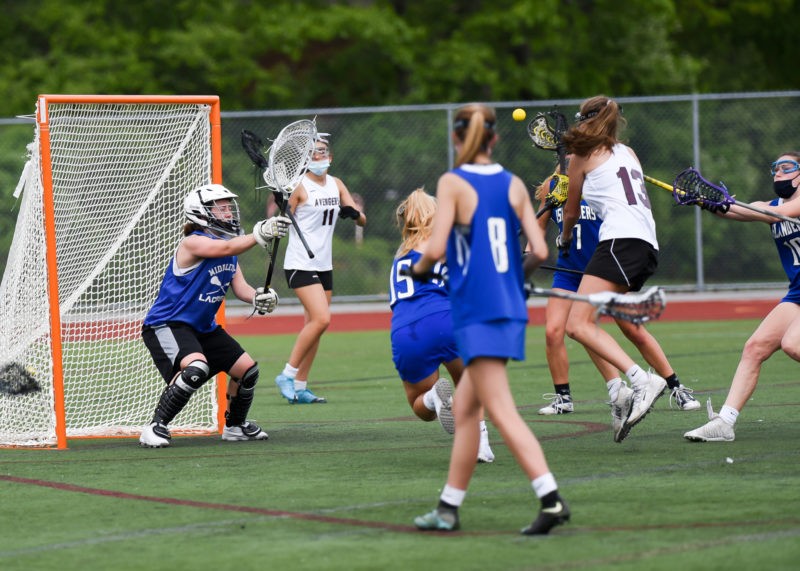 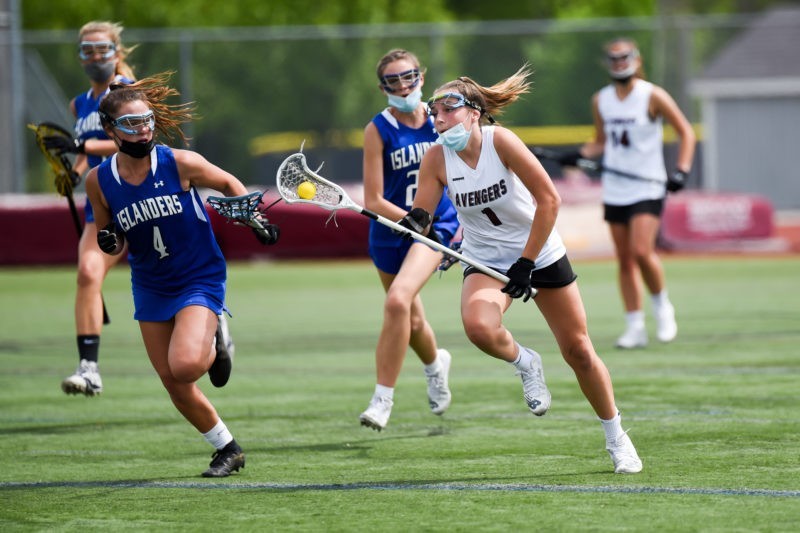 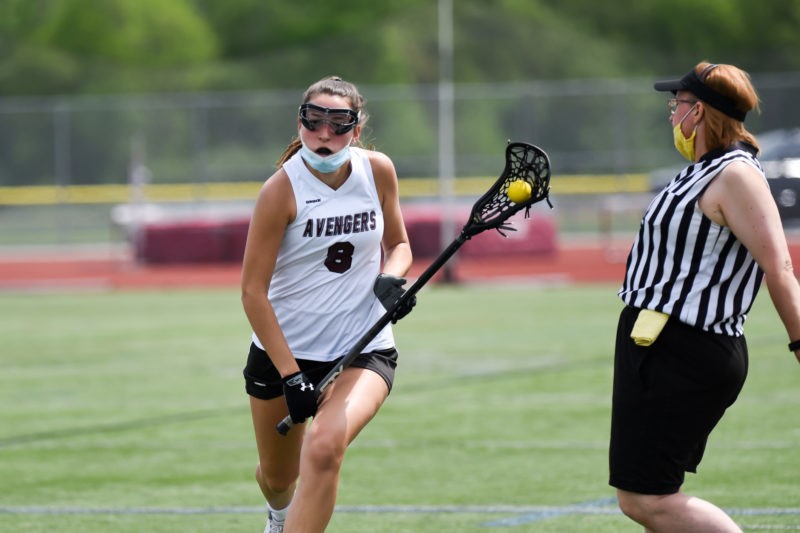 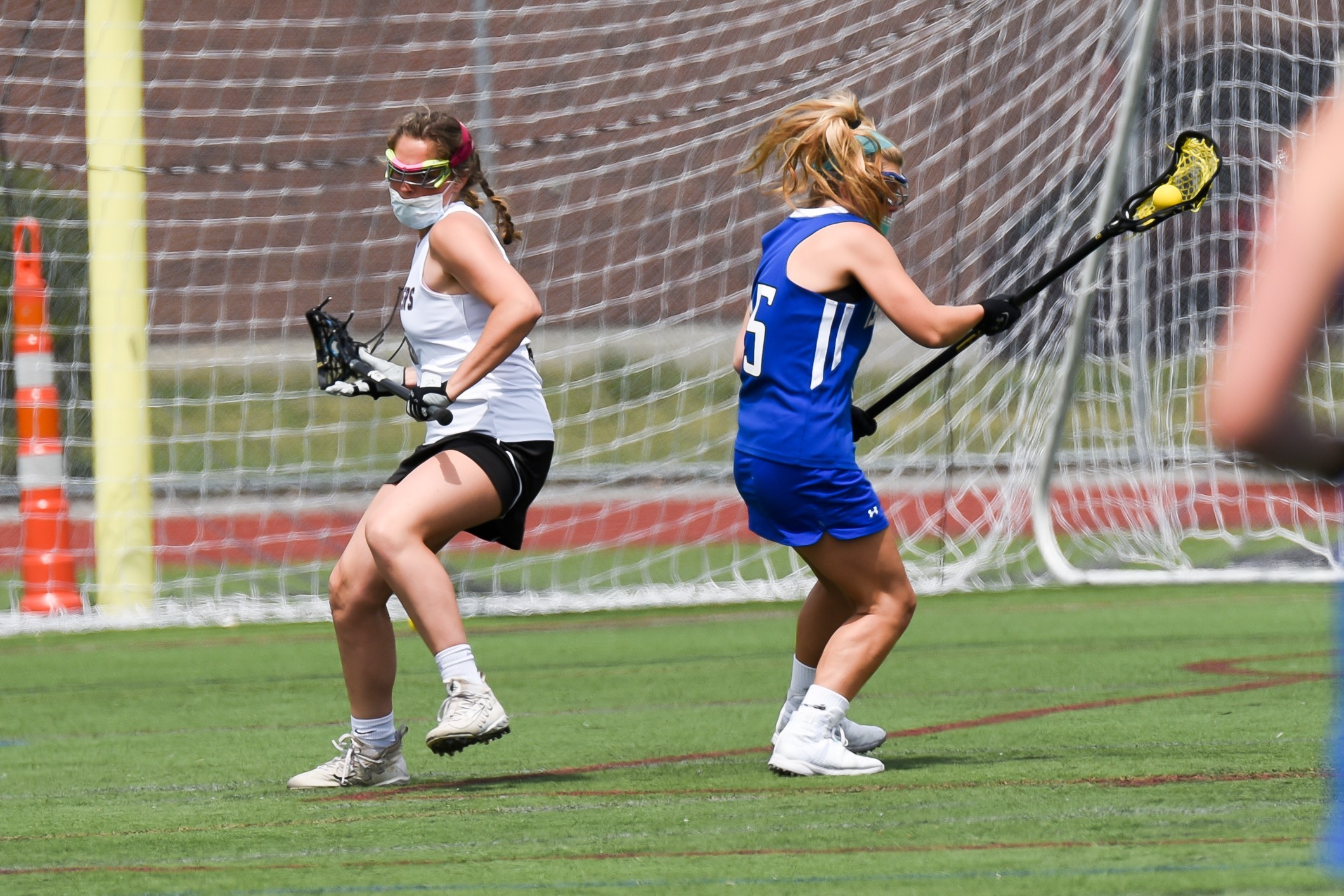 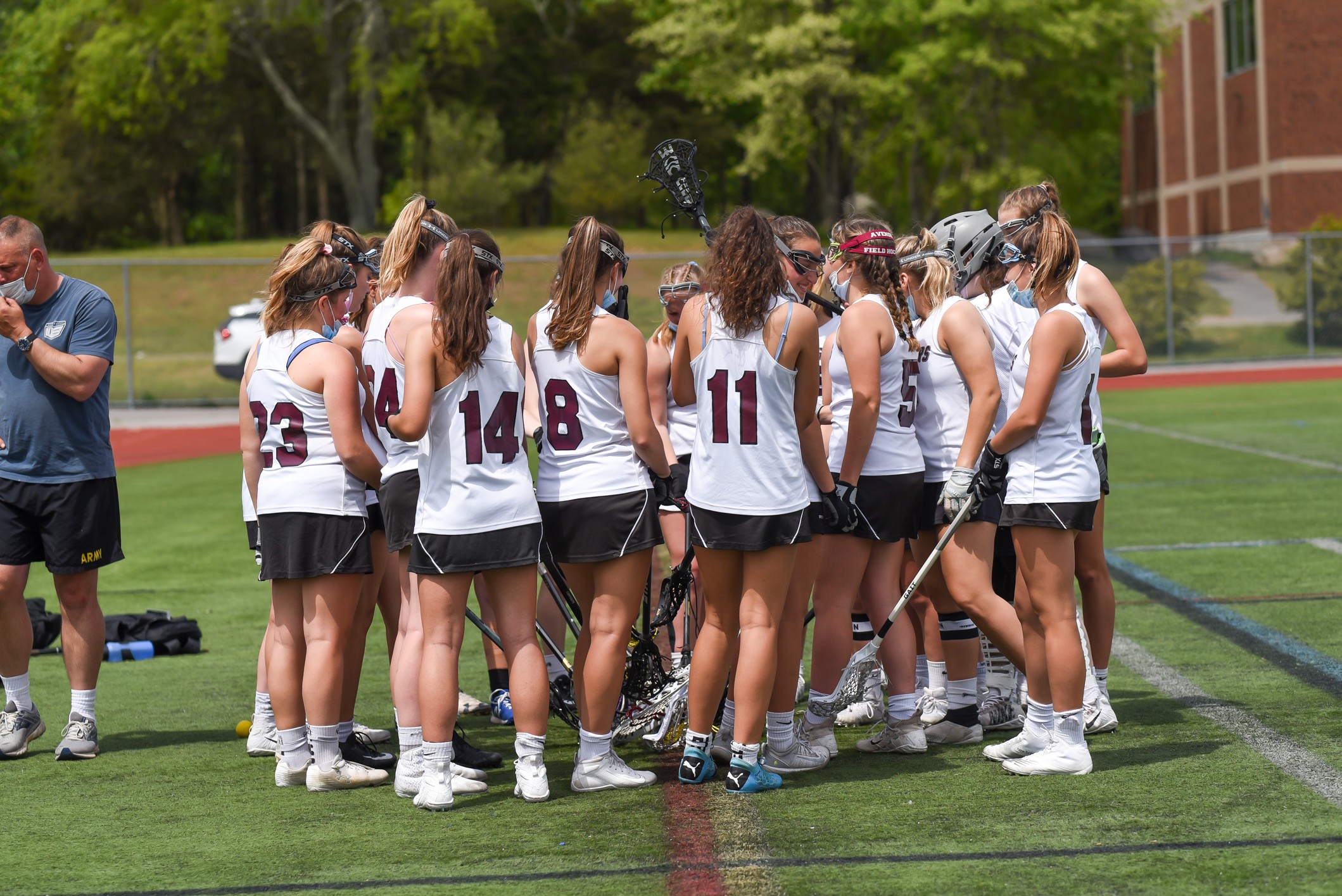