Above: EG’s Helena Dunwoody scores one of her three. Photos by Chuck Nadeau (find all Chuck’s photos at chuckn.com).

Senior Night for the EG Girls Lacrosse team. After the three seniors, Logan Shunney, Abby Walsh and Chase Hirshorn were introduced along with their families, it was time to play.

Seems one of the officials wanted a measurement of EG goalie Fiona Baxter’s crosse (stick). It was long by about a half-inch. While they worked on taking off the end knob, I asked the official what made her question it.

Seems she has officiated so many high school and college games that she can tell when she holds the crosse standing next to her if it’s long. A half-inch? She’s good.

Fiona’s crosse was still long by about a quarter-inch, but because it was her only one, the Mariners were awarded the ball at the start of the game.

In the beginning, they kept exchanging goal for goal until it was 3 to 3. Then the Avengers started to click and that was it for the Mariners, who only scored 1 more goal to EG’s 12 for a final score of 15-4. Mariner #13 Lucy Oberheu’s 9 saves as goalie kept the score from being even more lopsided.

Abby Walsh led the Avenger scoring with 4. Alex Mega and Helena Dunwoody each scored 3, and Gianna Salvator, Izzy Gelzhiser, Julia Moore, Mila Navarro, and Stella Jackson each had a goal. Logan Shunney had 2 assists and goalie Fiona Baxter came up with 6 saves.

The game was the first since the state lifted the mask mandate for the outdoors – nice to see full faces again! 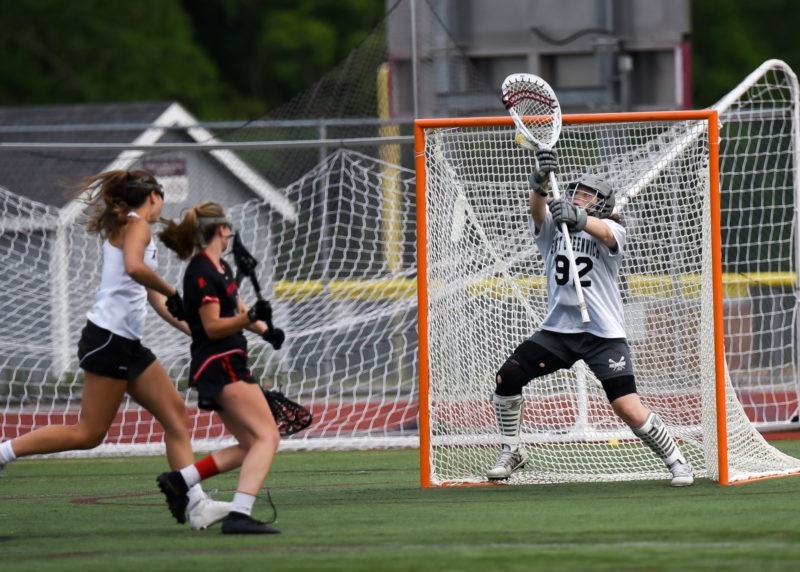 One of Fiona Baxter’s saves. Julia Moore scoring her first goal of the season. The measurement of the goalie crosse. 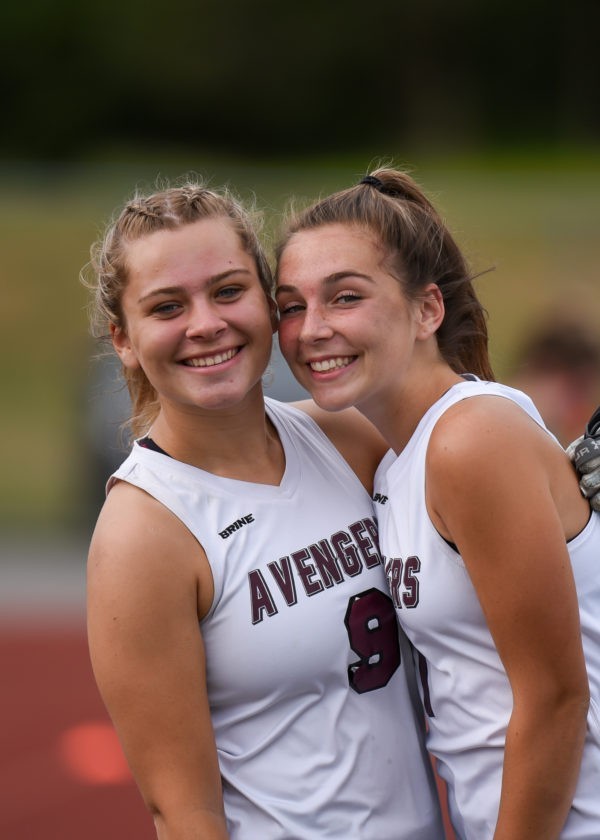 Alex Mega and Abby Walsh wanted to ham it up a little, enjoying the maskless play.