Above: Alex Mega shooting the three that got her to 1,000. Photos by Chuck Nadeau (chuckn.com).

I was going to take the night off, but something told me to go to this game Thursday (2/10). First off, the parking lot was jammed, and when I walked into the gym, it was decorated with streamers, balloons, and signs.

Seems I missed two important things. Senior Night and the chance that junior Alex Mega would score her 1,000 point during the game against St. Raphael’s.

There are five seniors on the roster. #1 Lila Somvanshi, #2 Jallei Sciaraffa, #11 Jade Sciaraffa, #23 Hope Gee, and #24 Molly Johnson. They were introduced accompanied by their parents. The stands were full of family, friends, and student’s that cheered them on.

Then there was the basketball game. Both teams came into the gym with similar records, and it showed in the end-to-end aggressive play. The big difference was the fact that the Avengers were on a mission. Not only to win the game but also to allow Alex to achieve her goal of scoring one thousand points in her storied high school career.

Mega needed 12 points coming into the game, and she came out shooting. Her first points came by way of a three-pointer. It didn’t take long before she finished her quest, also with a three-point shot.

Her teammates surrounded her, and her parents came on the floor to join them along with Coach Dave Maccarone and Asst. Coach Karen Lockhart.

“She has dreamt about this since she started playing basketball in elementary school,” Leah Mega told me about her daughter after the game.

Oh, yes, the basketball game. To end an action-packed night, the Avengers won 51-44. And to think that I almost missed everything. 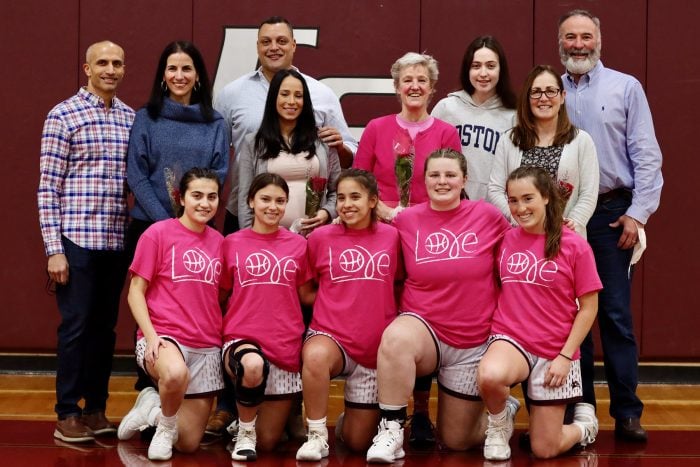 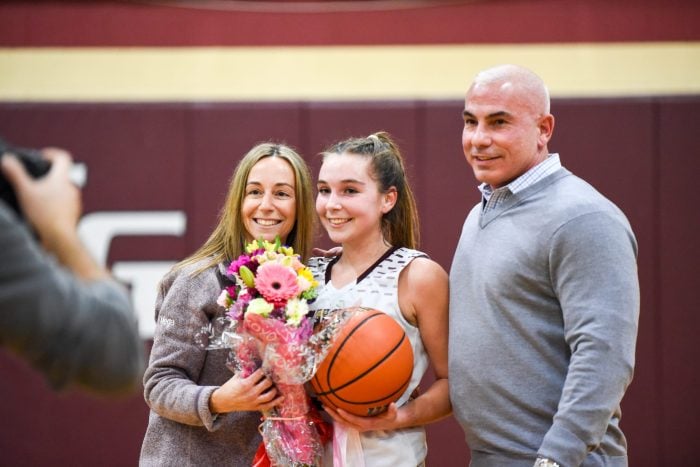 Alex Mega with her parents Leah and Jeff Mega after she scored her 1,000 point. Olivia Prior pushes back under the basket. 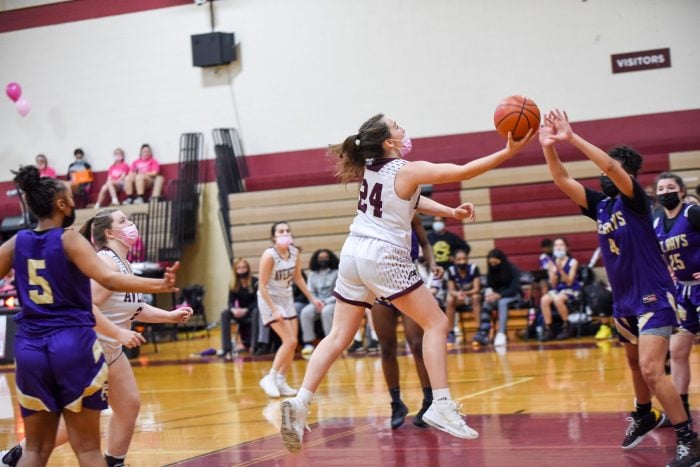 Alex Mega sets up a play. The stands were full to celebrate the Avenger seniors and – as it turned out – Alex Mega’s 1,000 point.