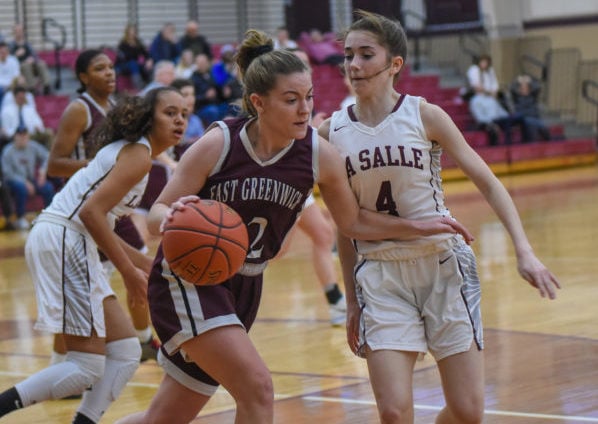 Photos by Chuck Nadeau (Check out all of his photos here.)

In Division 1 Girls Basketball quarterfinal play, number one-ranked La Salle beat 8th-ranked East Greenwich Monday night, 51-32. The final score tells the story of La Salle’s dominate second half, since at halftime, the two teams were tied at 22-22. Seniors Skyler Sullivan and Brenda Mckinney were top scorers for the Avengers, with 11 and 7 points respectively.

EG and La Salle players at the end of the game.