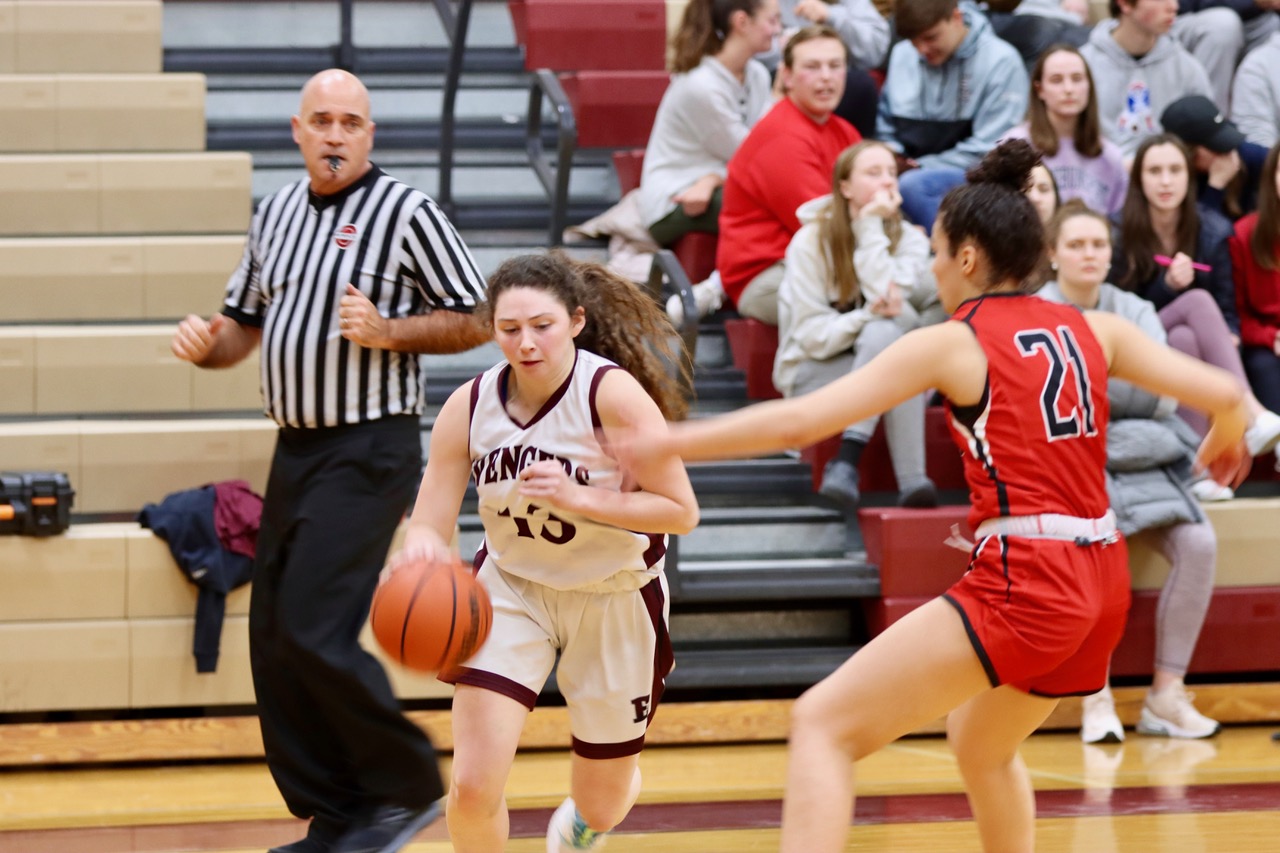 The Girls Basketball team easily moved past Cranston West, 62-50, Friday night before an appreciative home crowd. The win secures them a spot in the quarterfinals against top-ranked La Salle.
Senior Skylar Sullivan scored 36 points during the game (a personal best) and freshman Alex Mega added another 21 points.

According to Coach Stephanie Tobey, it’s been like that pretty much all season, with Sullivan providing not just points but leadership on and off the court.

“Her leadership has just grown,” said Tobey after the game Friday. “We ask her to do a lot for us. Day in and day out, she steps to that challenge. And I really think she welcomes it. She’s a quiet kid but she speaks volumes with her play.”
Tobey said Mega has a bright future ahead and that Sullivan had helped her become a team leader.

Tobey spoke highly of the team’s two other seniors as well, especially in dealing with a new coach, the third coach the seniors have had in their four years as Avengers.

“It could have been really easy for them to kind of write it off: it’s our senior year, let’s just have fun. Instead, they bought in and they helped the rest of the team do that,” said Tobey. “Brenda [Mckinney] is our energizer bunny. She’s the one of person that rallies the troops when we need to be rallied. She’s the one that will say something in the locker room that gets everyone motivated.”

The third senior, Maddie Rogers, has proved a great example for the younger players, said Tobey.

“She asks the right questions and she makes the right adjustments. For the other players to see a senior do that is really special too. The seniors have led the team in different ways, but we’ve needed each of those leadership qualities during the course of the season,” she said. “I couldn’t be more proud of them.”

The Avengers will play La Salle away on Monday.