Above: West’s Braelyn King brings the puck in for a shot for the EG-WC-EC Coop team. Photos by Chuck Nadeau; find all his photos at chuckn.com.

Covid left some schools with not enough girls to fill a full roster so schools got together to form co/ops. Both teams are the results of co/ops. EG, Cranston East and West combined for one, and Mt. St. Charles, Cumberland, and Lincoln made the other.

With both teams having similar records, it made for an even, action-packed game. What impressed me was the determination of the skaters. It didn’t matter the level of their skating, they all put out one hundred percent.

One skater caught my eye in warmup. Cranston West’s #1 Hailey Davis is the only goaltender for the EG co/op, and she was stopping everything her teammates could throw at her. In the game, she continued this through two periods before succumbing to the Mount’s shots on goal.

The game was a nail-biter with end-to-end action, so it was only fitting that it went into overtime at three apiece. In the end, the Mount co/op prevailed to win 4 to 3.

The Cranston–East Greenwich co/op is still looking for their first win of the season at 10-0-0, while the Mount stands at 4-4-2. 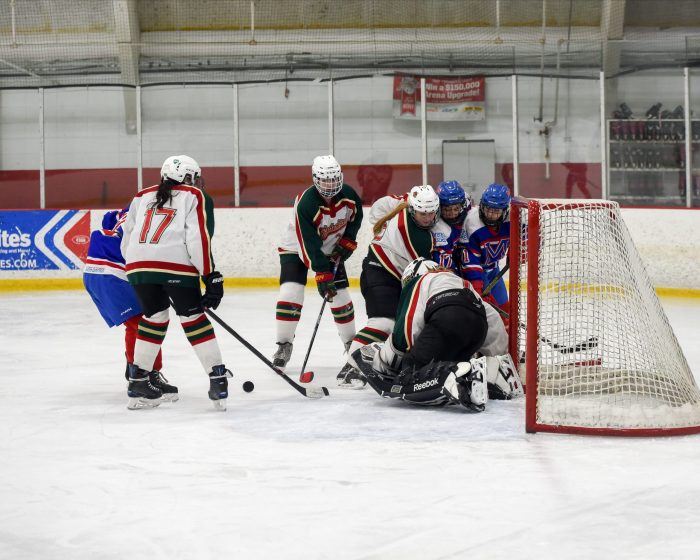 A lot of traffic in front of the EG net. 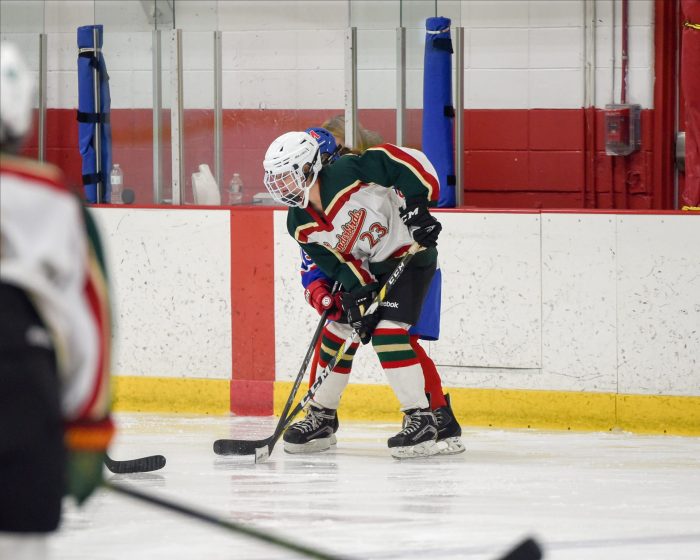 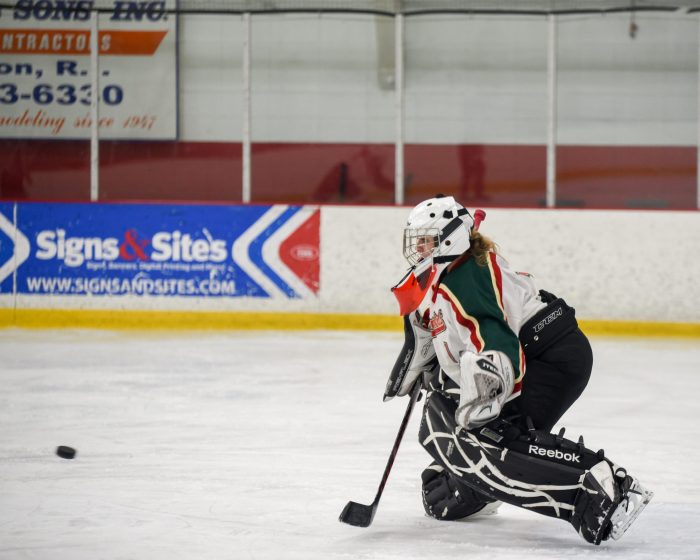 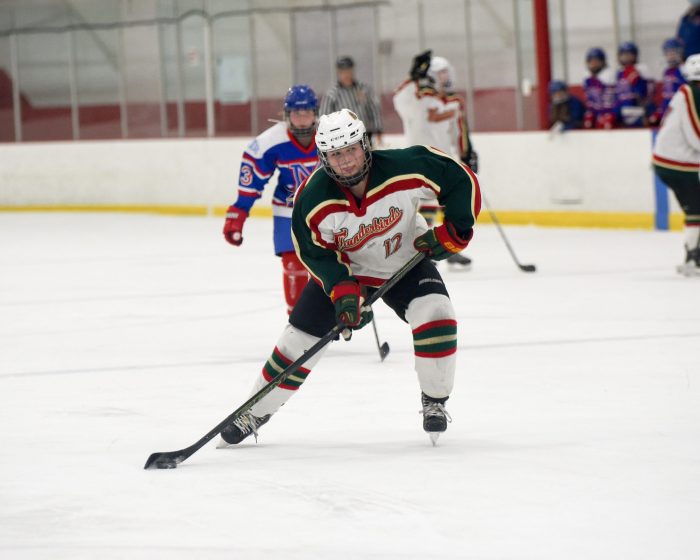 West’s Lyric Watts sets up for a shot on goal. 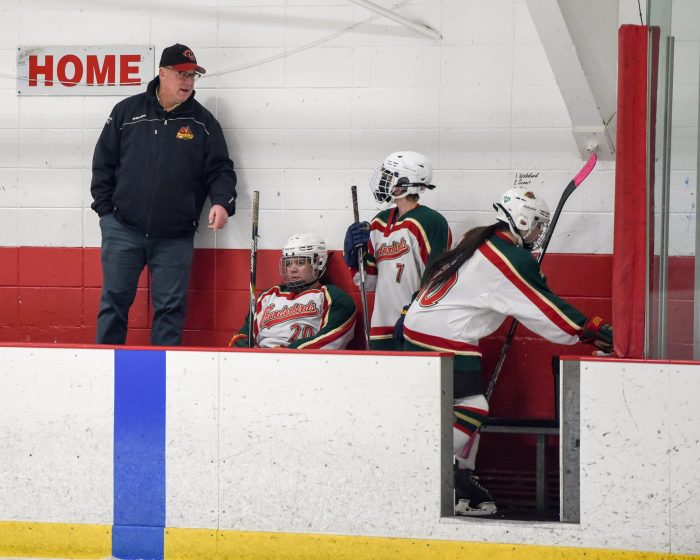 Coach talks to EG’s Brandi Kulakowski during a line change.