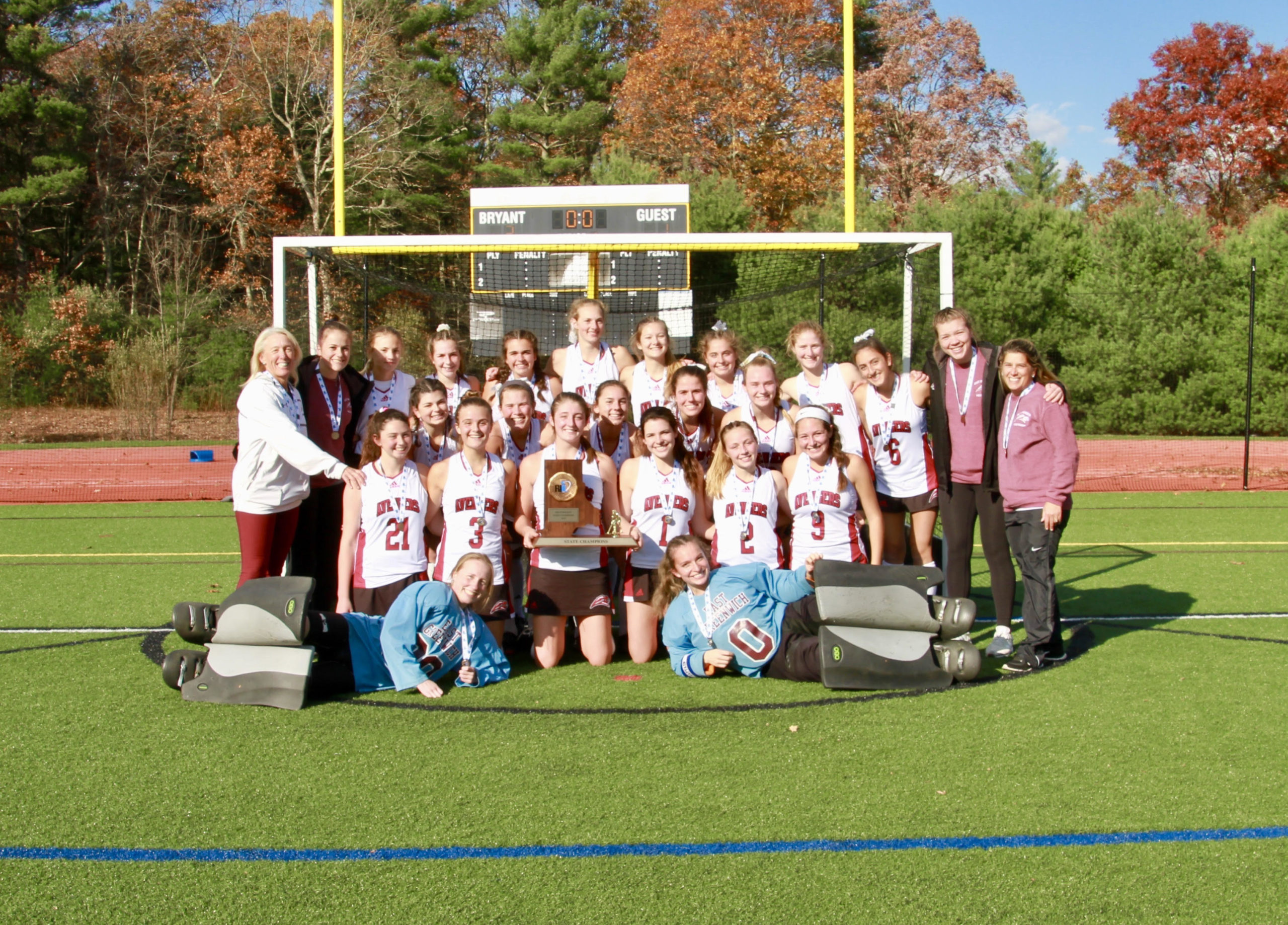 The East Greenwich Girls Varsity Field Hockey team defeated the North Kingston Skippers, 2-1, for the D1 State Championships Sunday at Bryant University, a title the Avengers have not held since 2010. It marked the sixth state championship and the end of a big week for head coach Deb McMullen, who was inducted into the RI Interscholastic Hall of Fame Wednesday.

The game started strong with an amazing save by goalkeeper Jessica Imbriglio sliding to the right side of the net to stop the ball with her foot. She quickly got back up to reach over for a second save as the ball was shot again. Minutes later, EG senior Maddy Rogers (#21)  scored the first goal of the game with an assist from freshman Alex Mega. EG fans and students, including pretty much the entire Avenger football team, cheered the players on with signs and chants as they watched the girls fight for victory. 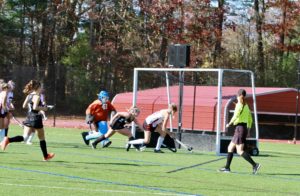 Bella Atalay (#18) also took a shot in the first half and scored EG’s second goal of the game. By the end of the first half, Imbriglio had made three saves, and one more shot was attempted by Mega. Julia Blessing (#6) a senior and captain, also helped guide her team to the win as she hustled throughout the game making passes to set up plays.

Held scoreless in the first half, North Kingstown rallied in the second half with nine shots on goal. Imbriglio made eight saves allowing the Skippers to score only once. The last few minutes of the game were tense, especially when an foul took Julia Blessing out of the game. The Avengers were able to hang on to for a victory thanks to help from Bridget Mason and Anabel Stavern.

After the game, Imbriglio summed up how she was feeling.

“I just love working with everyone! It’s such a good and tight-knit family. I think on the field we work so cohesively together and our hard work and dedication just really paid off. I give a lot of credit to the coach, but also to all the girls and I’m just so proud of them and so grateful to be part of an amazing team.” 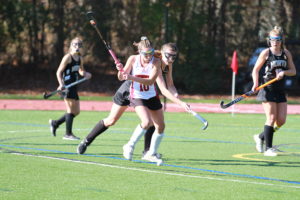 #10 Alex Mega sets up Maddy Rogers for the first goal of the game. 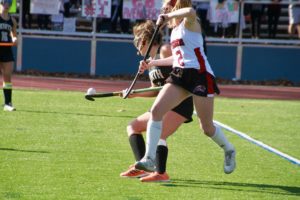 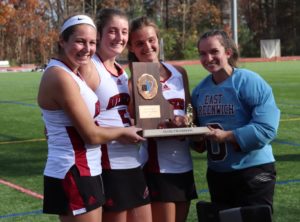 Caroline Hollingsworth, an intern at EG News, is a senior at East Greenwich High School.