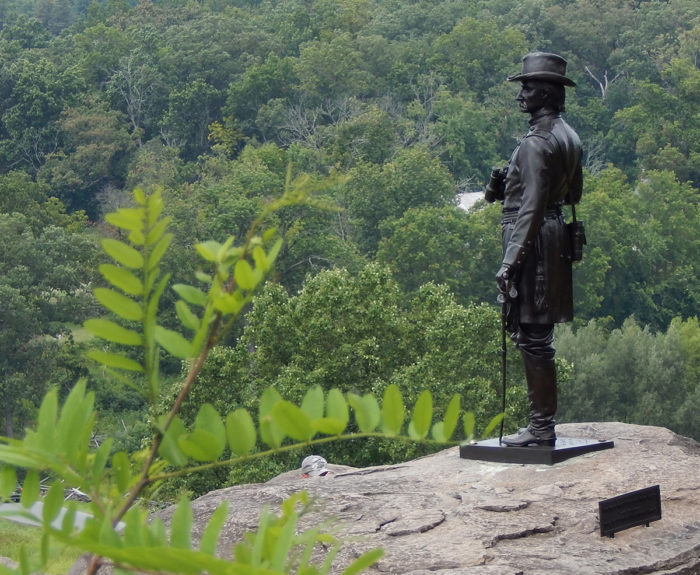 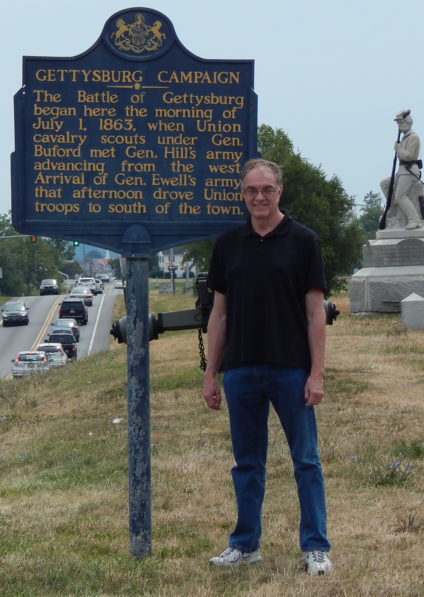 The Battle of Gettysburg has meaning that exceeds the conflict itself. The Civil War, Lincoln’s address, slavery, heroism, and a list of legendary characters, have all been woven into an encounter that has now become part of American lore.

My wife, Elaine, and I traveled to Pennsylvania for a summer excursion as well as an opportunity to visit one of our nation’s most famous sites. This was my third pilgrimage to a town where once long ago, Robert E. Lee took the war up north only to see his fortunes crumble following Pickett’s Charge.

Summer can be pretty warm in Pennsylvania. If it is uncomfortable for us, we can still retreat back to an air-conditioned car. I can only imagine how it must have been during those first three days of July 1863.

The distance of history can romanticize the horrors of yesterday. Numbers of casualties, followed by descriptions in books, pay little justice to what truly took place. I often wonder what went through the minds of soldiers fighting for their lives. Were they afraid? Did they believe in their cause? How did the answers to these justify the killing of other human beings? It is amazing what geography, religion, money and misinformation can do. Are we any better than those who marched for the Blue and Gray?

Listening and reading about Chamberlain, Lee, Stuart, Longstreet, Meade, Reynolds and Buford, is a delight for history lovers. Seeing Little Round Top, Culp’s Hill and the Devil’s Den, help reinforce that something monstrously important had taken place on these grounds. Through it all I couldn’t help but reflect on how we human beings, for all of our attributes, can still do the things that make for shrines like Gettysburg.

Despite attempts at revision, the Civil War was fought largely over slavery. Sure state’s rights played a huge role – but still, 11 states left the union due to slavery. Close to 700,000 people lost their lives battling over whether or not enslaving Black human beings was justified.

Abraham Lincoln, for all of his foibles (one being his advocating for sending Blacks to Liberia) played a key role in helping America evolve. The Emancipation Proclamation espoused freedom. His Gettysburg Address sanctified a cause. And shortly before his death the 13th         amendment would allow those recently freed additional rights by officially abolishing slavery.  Sure, Jim Crow would hinder much of this, but at heart Gettysburg represents a moment when America examined its soul.

It is disturbing knowing that race continues to be a huge issue in America. It is also disturbing knowing that folks, some carrying Confederate flags, stormed our nation’s capital (many of them spewed racial epithets at officers of color). Yes, we have evolved. But debates, discussion and reflection are often a luxury lived by those in power. A little more action is called for.

I loved my trip. As usual we got lost – despite the GPS. It was nice hanging around the Town of Gettysburg. It was nice seeing folks (many of whom were children) eat up all of the available information. Most of all, at least for me, visiting Gettysburg was a chance to reflect on this wonderful, and conflicted, place called America. There is no country better. There is no idea better. Perhaps, that is why it’s so important that we preserve battlefields. They can be reminders of where we need to go. See you soon. Bob 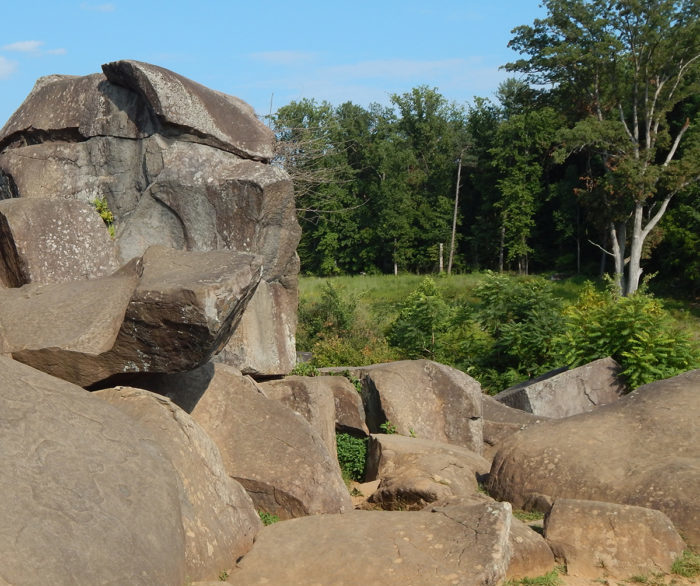 Devils Den, a boulder-strewn hill on the south end of Houck’s Ridge at the Gettysburg Battlefield. It was used by artillery and sharpshooters on the second day of the 1863 Battle of Gettysburg.