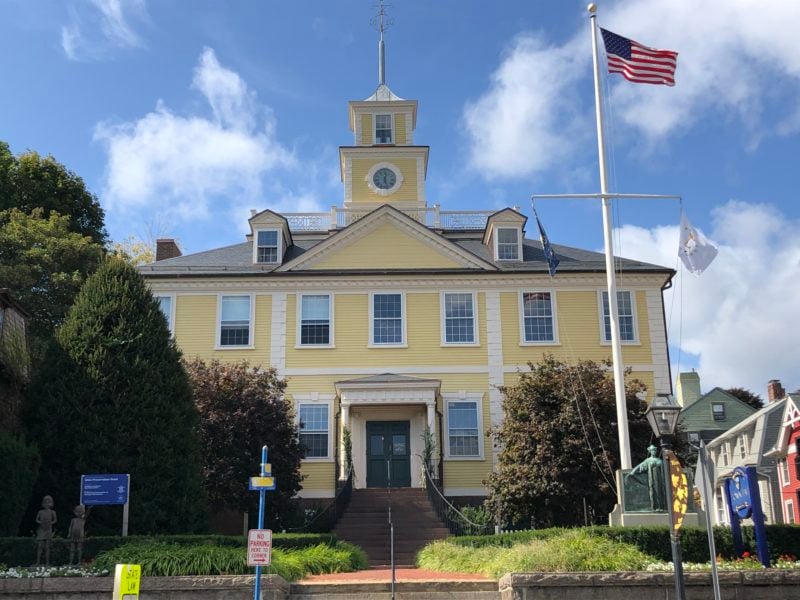 The town ended fiscal year 2019 with a $700,000 deficit, according to the audit report presented to the Town Council and School Committee at a virtual meeting Monday night. The deficit was not unexpected, since the previous Town Council had baked a $1 million deficit into the FY2019 budget. The idea was to freeze the tax rate by taking $1 million out of the town’s surplus to balance the budget (read more HERE). 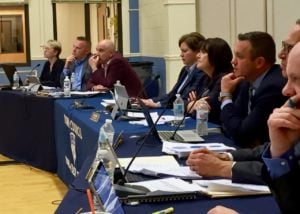 The Town Council meeting June 4, 2018, when they approved the FY2019 budget in a 4-1 vote (then Councilman Mark Schwager voting no).

The town ended the year $300,000 ahead of what had been budgeted. The money to make up the difference will come out of the town’s surplus, or rainy day fund. East Greenwich has about $6 million in surplus, around 10 percent of its budget. Best practice is anywhere between 8 percent and 15 percent, said Paul Dansereau of the audit firm Baxter Dansereau Monday night.

Dansereau noted, however, that using surplus funds to fund the operating budget in normal times can come back to haunt you if things turn bad.

“There are circumstances where something comes up that you didn’t budget for and you could have to eat into your fund balance and that can make bonding agencies very nervous,” he said.

“You mean like a virus?” said Town Councilor Caryn Corenthal, referring to COVID-19 and the looming budget crisis due to the economic shutdown and ensuing job loss. Town Manager Andrew Nota has warned of difficult times ahead – his budget for FY2021 is due Friday.

The other news out of Monday night’s audit report was the school department’s overspending of its bond revenue by $396,000 in FY2019. According to town Finance Director Tricia Sunderland, the school department spent $555,531 in bond money for capital projects in FY2019 (specifically, a new roof for Hanaford), but it had only $158,851 available from the $52 million bond originally approved by the town in 2008 to build the new Cole Middle School.

The finance director in 2018 was Linda Dykeman (who was also the finance director of the school district during a short-lived consolidation of the two departments). She resigned in November 2018 but left behind a “work paper” on the $52 million bond. Sunderland said the work paper was inaccurate, which may have led the school district to think it had more available bond money than it had.

“I’m sure the School Committee was assuming the school finances were being handled,” said Sunderland on Tuesday. She took over as town finance director in April 2019.

“The finance manager [Gina Krokowski] is reconciling the whole bond now so we have a full accounting of it so we can be confident that this is exactly what our records show,” Sunderland said.

“Somebody based an expense on wrong information,” said Town Manager Nota. “It was a legitimate school expense. It was processed through RIDE [the state Dept. of Education] and we’re getting our proper reimbursement. All we’re talking about is the $396,000 should have come from another source.”