From The Spectrum: Sports Highlights 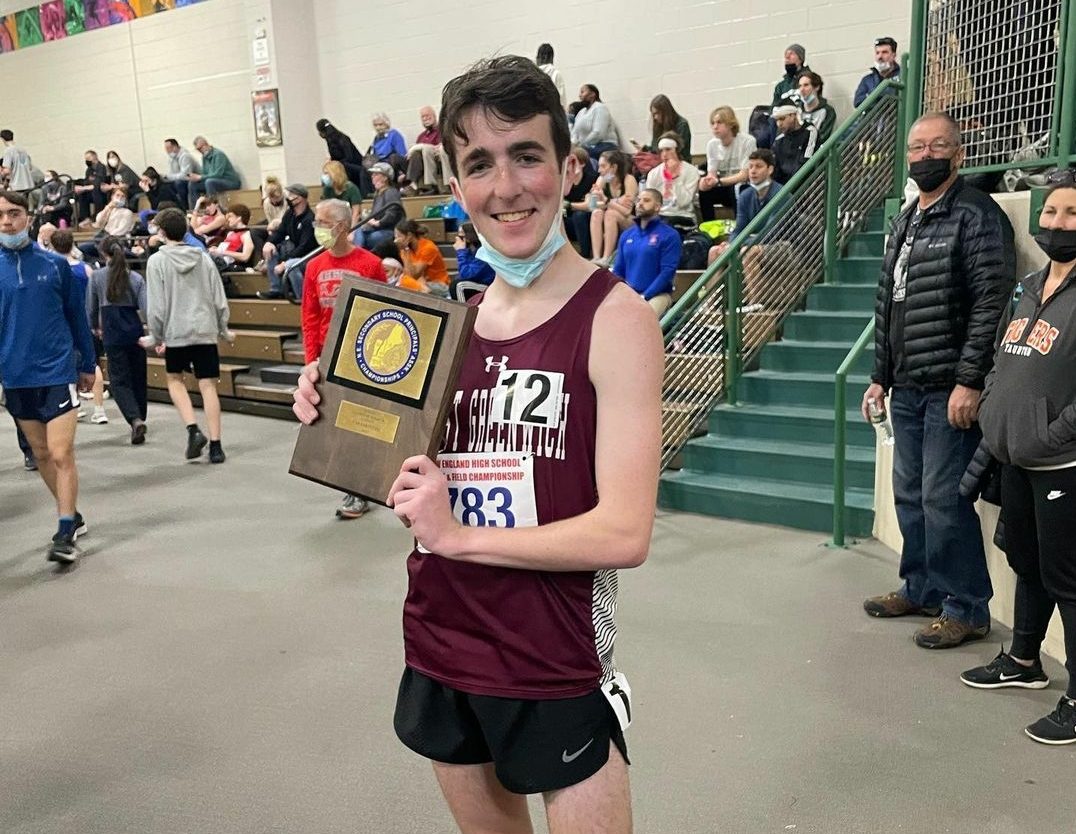 Above: Jacob Connelly after his mile win at New Englands March 5. Photo by EG Athletics

This past weekend, a handful of Avenger athletes made East Greenwich proud in their final moments of the 2022 winter sports season.

At the RI Swimming State Championships, the East Greenwich girls swim team placed fifth overall after a flawless regular season. Junior Jessika Finger slashed the school record for the 100 yard backstroke, the previous record being set by Finger in 2021. Along with Finger, junior Megan Huntley broke the school record for the 100 yard freestyle, winning the event for the Avengers.

Wrestling from a young age and continuing the sport throughout his high school career, senior Michael Jarrell found the podium at the 2022 New England Championship Wrestling (NECW) with a third place finish in his weight class (220 lbs.).

From the mats to the track, East Greenwich continued to shine. With a time of 4:13:88, senior and Boston University commit Jacob Connolly won the mile at New Englands, surpassing the school record.

In the spotlight this winter, the EGHS boys hockey team is headed to the D1 state championship for the second time in three years. The Avengers wrapped up their season (quarter/semi finals included) with a record of 20-5-1. After defeating Smithfield in the quarter finals last week, the boys advanced to the semifinals. EG took the series 2-0 against Moses Brown. Kicking off the state championship series this Thursday, EG takes the ice against the Hendricken Hawks.

Amanda Dronzek, a junior at EGHS, writes for The Spectrum.