From The Spectrum: EG’s Homecoming Game 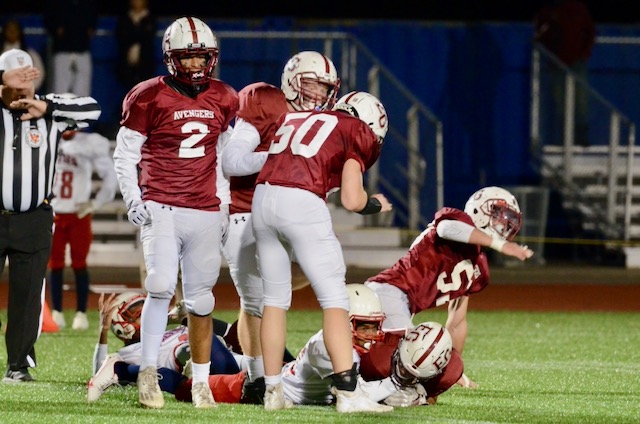 The football season had not been too kind to East Greenwich High School up until Sept. 30. Starting the season off 0-3 while being outscored 112 to 23 is not what the team had been anticipating in 2022. With the players, coaches, and students wanting this trend to change, the Avengers needed to prove they could be competitive in Division II. In a must-win game against the Mount Pleasant Kilties, the Avengers delivered.

The main factor for the Avengers’ victory was their much-improved defense. Prior to the match against the Kilties, East Greenwich’s defense gave up around 37 points per game. However, they turned it around and only allowed 8 points for the Kilties’ offense. The defense was headlined by Sam Collier, Cole O’Brien, and Cody Coppola, who each had 10 tackles each and at least 1 tackle for loss. The Avengers had their best defensive outing of the year so far.

Another aspect that aided the Avengers was the return of their punter, Joe Ruff. The offense was headlined by quarterback Alex DeTomasis, who went 12-22 for 167 yards, 3 touchdowns, and 1 interception. DeTomasis’s best game of the season so far was paired with a balanced rushing attack where six different players carried the ball. Tyler Carroll and Tyler Kim headlined the rushing attack with Carroll leading the team in rushes with 9 and Kim leading the team in rushing yards with 48. Kim paired his great day of rushing with a receiving touchdown, joining Ryan Sheeran and Patrick Kiernan as the players with a receiving touchdown on the day. Cade Thomas also led the team in receptions and receiving yards.  Overall, it was a great offensive attack for the Avengers, helping them earn the victory.

The game’s final score was 19-8, the Avengers’ first win of the season. They made the necessary adjustments and it showed in their performance compared to their first three games. To make things even better, they won in front of an electrified student section when they needed it the most. This win gave the team a sense of hope that they can continue this trend in the future.

Alex Gendron is a junior at East Greenwich High School and a member of The Spectrum student newspaper staff.