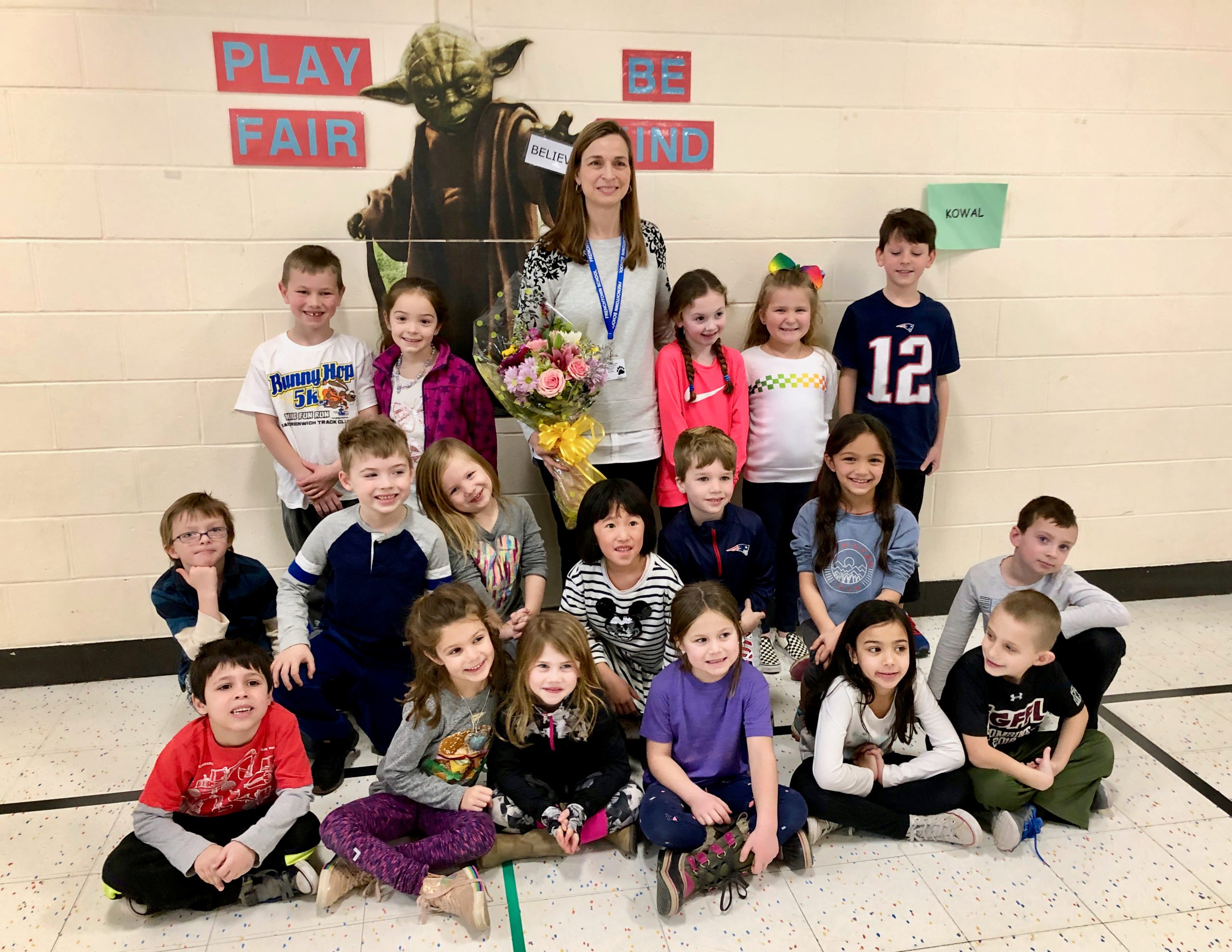 It can be hard to spring a surprise on someone who is known for her attention to detail and close relationships with everyone at her place of work. But on Friday, the staff and students of Frenchtown Elementary orchestrated a big surprise for Principal Maryann Crudale.

They gathered in the Frenchtown gym while Crudale was at Meadowbrook meeting with Principal Neil Marcaccio, then waited for her to return – called back early because of a supposed “power outage.”

Directed to the gym upon her return – “Just go in and see,” she was told – the whole school was there along with district administrators and Westerly High School Principal Michael Hobin, who told Crudale she’d been chosen as the state’s First-Year Elementary School Principal of the Year. Hobin is head of the Rhode Island Association of School Principals (RIASP). There was no power outage. 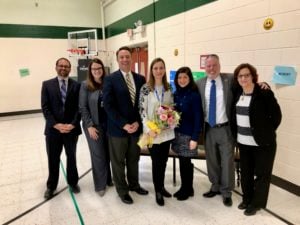 “I was totally surprised,” said Crudale, who spent 15 years teaching – 10 at Frenchtown, 5 at Eldredge – before deciding to move into administration. Then, she shadowed former Frenchtown Principal Cheryl Vaughn for a year and former Eldredge Principal Dom Giusti for a year before being hired at Frenchtown in 2017 after Vaughn left. “She absolutely hit the ground running,” when she took over as principal at Frenchtown, said Supt. Victor Mercurio.

“She just took off once she came here and established herself as principal. She was doing whatever she needed to do and a lot of the responses and reactions and approaches were as if she’d been in the job for years,” he said. “After hiring as many principals as I have over the years, you know when somebody gets the work and is able to engage people. And she was able to do that right from the get go.”

“We are privileged to have Maryann as our leader,” they wrote in a joint email about their decision to nominate Crudale. “Maryann has worked hard to create a culture at Frenchtown that enables our young learners to be mindful and focus on what has now become our school motto, “Work Hard and Be Kind.” As a K-2 school, students quickly relate to this simple yet powerful message.” 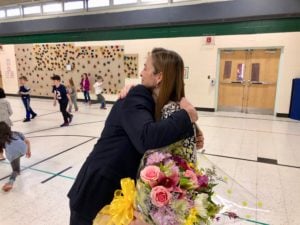 As principal, Crudale said, “I want everybody to know that they are valued, that they have an active part. But ultimately I have to stand tall and lead. I’m empowered by the idea that I can be a voice for the students and the teachers – and they need a voice.”

Phys Ed teacher Chris Carr said she’d worked with Crudale both as a colleague and now with Crudale as principal.

“I’m just thrilled with the opportunity,” said Crudale about being principal. “Every day I open my eyes to learning something new. That’s the key. And I never take my eyes off the prize, which is each and every one of the children here.”