For This Rescue, Baby BORN on Board 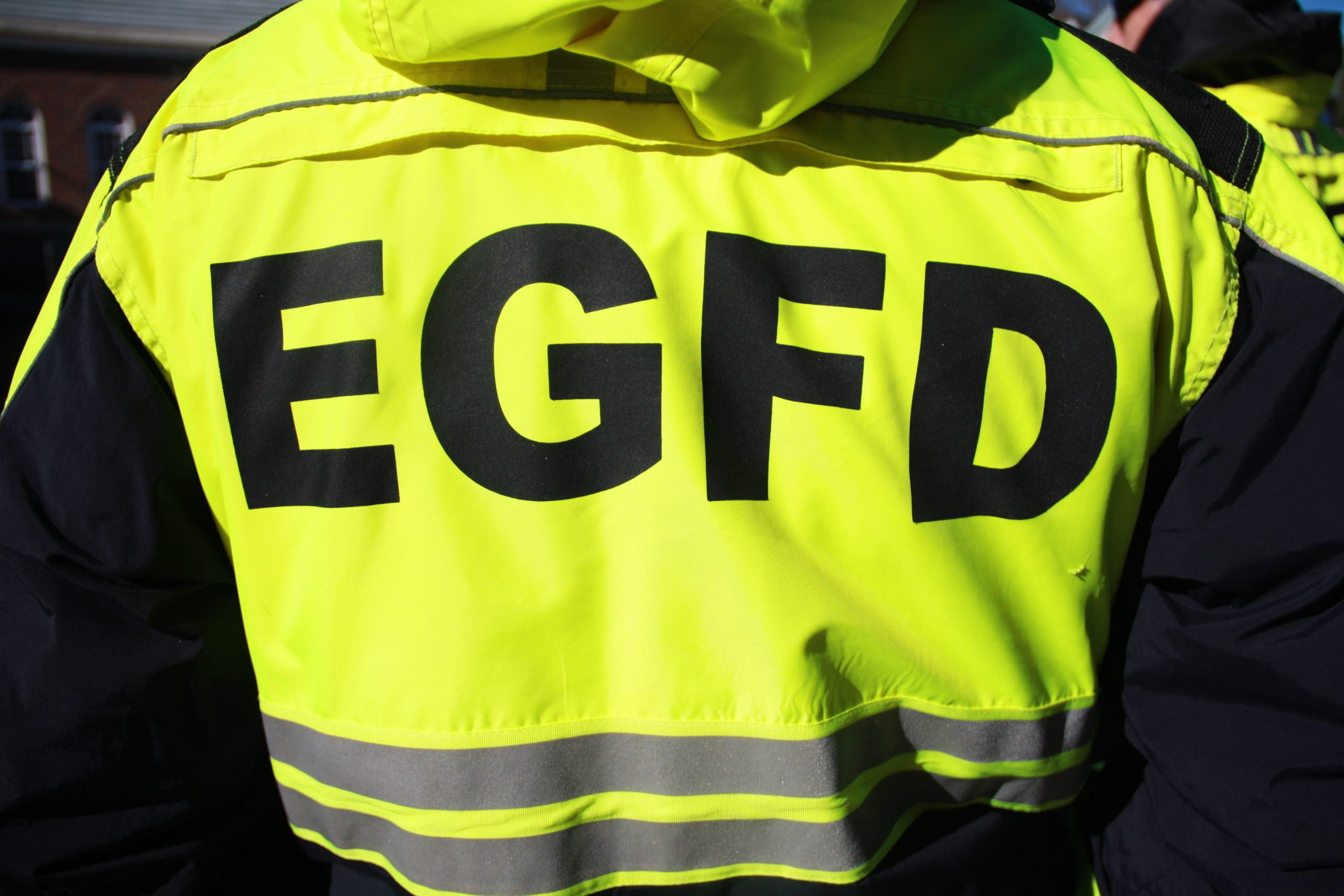 When the 911 call came in at 1:50 a.m. Tuesday about a woman in labor on the shoulder of Route 95, firefighters mobilized. But this sort of call comes in. Usually, EGFD ends up helping out at home, or getting the expectant mother to the hospital, where she gives birth.

Upon arrival, the EGFD rescue officers found a woman lying back in the front seat of the car in active labor, her water broken.

The car had pulled over so fast, firefighters could still detect the burnt smell coming after the someone has slammed on the brakes, said Lt. T.J. Matola, the officer in charge. 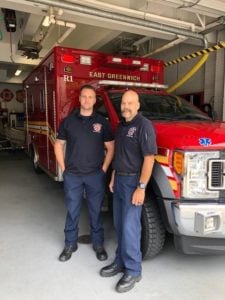 Firefighter Matt Howard and Lt. T.J. Matola at Station One Tuesday, hours after a baby was delivered in their rescue truck. Not pictured: Brian Stabile and Tom Bailey.

The firefighters got the woman onto a stretcher and into the truck and they headed off to Kent Hospital. But that baby didn’t want to wait. The truck was just a minute from Kent when the woman gave one push and a healthy baby boy popped into the world. More exactly, the baby popped into firefighter Tom Bailey’s hands.

For Matola, it was a career highlight.

“I’ve been a paramedic for 25 years and this is the first childbirth I’ve worked on,” he said later that day.

Childbirths on rescue trucks are rare but they do happen. There was even a childbirth at the Main Street station one time, according to Chief Bernie Patenaude. He said a baby was born at the station during the Blizzard of ‘78, back when he was a volunteer.

For the guys on duty early Tuesday morning, it was an amazing experience. In addition to Matola and Bailey, the other two firefighters who helped out were Matt Howard and Brian Stabile.

Chief Patenaude said he’d already ordered a blue stork sticker for the side of the rescue truck.