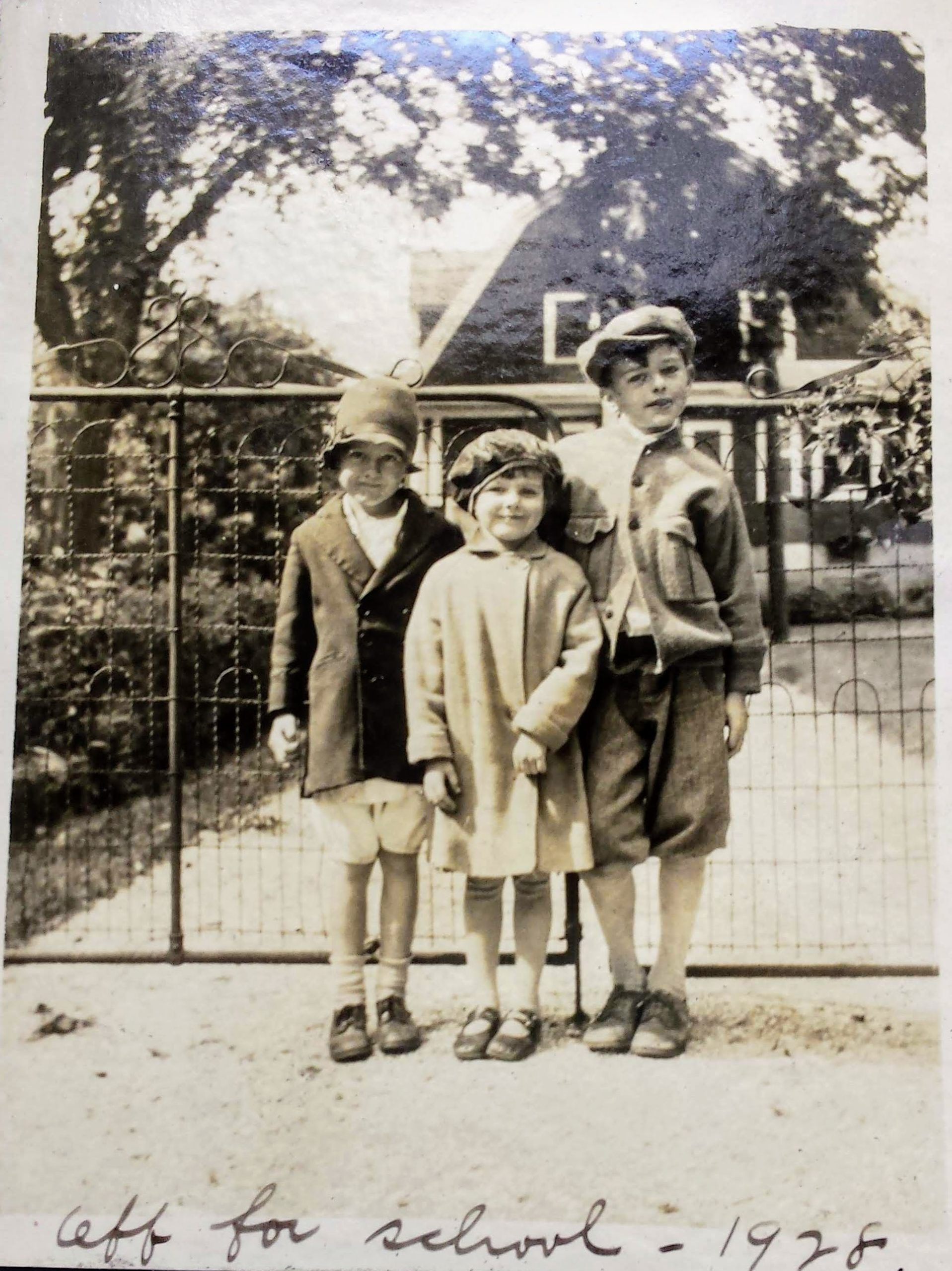 An email from longtime East Greenwich resident Laura Sullivan, who lives in the house on Peirce Street in which her mother grew up. As you may well know, the James H. Eldredge School first opened its doors to students in September of 1928.  My mother, Marian Tingley, entered kindergarten there that year – the first class to go through the school, completing 9th grade in June of 1938, before heading to East Greenwich Academy*.

From our many photo albums, I found this picture of her (she’s in the middle), my uncle Jimmie (entering third grade) and another chum on the left (not sure who she is). This may have been the actual first day, since there are other pictures from other years, some labeled first day – all in my grandmother’s handwriting. They are certainly not dressed for today’s weather, but it still could be September, since the elm tree in the background is in full leaf. The dress code was indeed different from today’s styles!

I was hoping to find a picture taken at the school, but these shots seem to be home-based, showing the gate that used to be across the driveway, which was paved with crushed shells.  The elm tree was among many lost ten years later, in the Hurricane of ’38.

As an aside, my mother visited her Alma Mater for the last time, 10 years ago, when she voted in the 2008 election in the school’s gym.

*The private East Greenwich Academy served as the town’s high school until 1943.