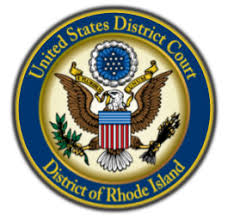 East Greenwich firefighters have filed suit in U.S. District Court against the town, alleging violations of the Fair Labor Standards Act, in particular with regard to overtime pay.

Perry said he has been asking about FLSA payments since December.

FLSA is a federal law that dictates that employees who work more than 212 hours over a 28-day period are due time and a half for every additional hour. FLSA payments are distributed quarterly and for EG firefighters average around $2,000, said Perry. But recent payments have not listed the number of hours worked and Perry said looking at the payments, it was hard to know if the town was following the law. He said repeated requests for more detailed information have gone unanswered.

The town has seen a flurry of litigation since Gayle Corrigan was hired as town manager last June. While many have been filed by the firefighters – including one resolved in their favor – there have also been four suits filed by former town employees suing for wrongful termination. In addition, firefighters have filed numerous grievances and the town filed a lawsuit against the firefighters in December, seeking permission from the court to break their contract, which doesn’t expire until 2019.

The town has already spent more in legal fees than was budgeted, and that’s only for legal work through November.

The firefighters say they offered to open the contract earlier this year and make concessions; the town says the firefighters did not negotiate in good faith. Both sides say publicly they are open to continued negotiation.