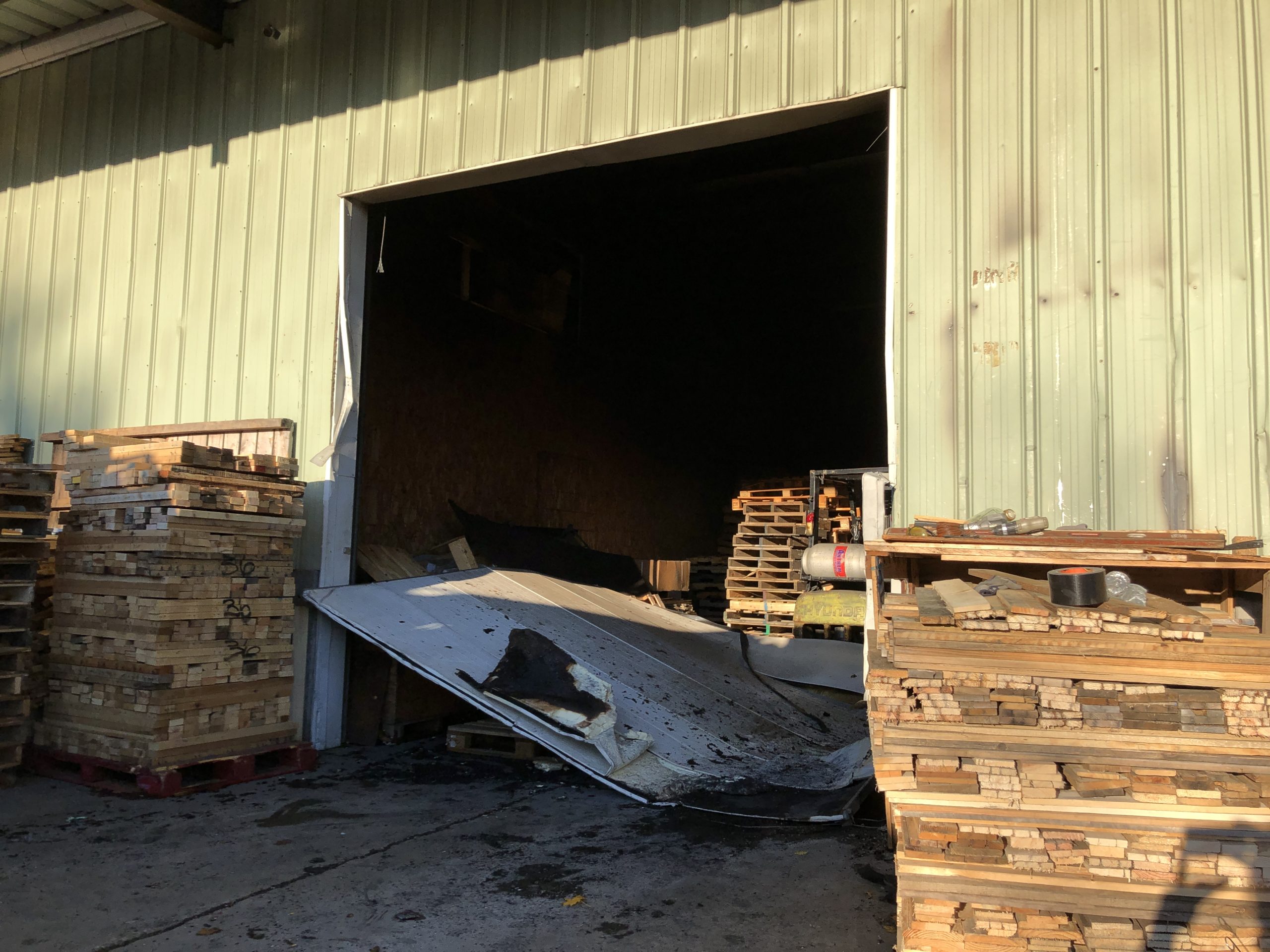 Above: Firefighters knocked down the door to Pallet Future off Rocky Hollow, allowing heat to escape before the building could be consumed.

For the second time in less than two months, East Greenwich firefighters were called to Rocky Hollow Road for a fire late Thursday night. This time, the fire started inside one of the industrial buildings owned by Green Industries and was put out quickly, before it could consume the building and potentially spread in the strong winds.

According to fire officials, a resident from Upland Avenue, which sits above Greene Industries, called 911 after first smelling smoke and then seeing the smoke when she checked outside. 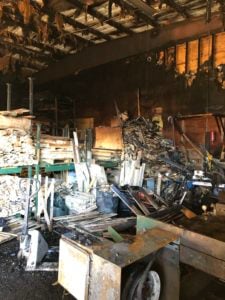 The fire started inside Pallet Future but was stopped before most of the pallets inside caught fire.

Fire Marshal Steve Hughes said it was extremely fortunate that the fire was caught and put out quickly.

“I expected a lot worse when I got here,” Hughes said. Firefighters broke down the large front door. “Once they broke down the door, that allowed all the heat to come out and didn’t let it spread that way [he motions to the back of the room].”

Pallet Future has leased the space for nearly five years, said owner Raymond Ellinwood Friday morning as he and two others started to investigate the damage. They take broken down pallets from large companies, rebuild them, and send them back. Robert Greene operates a similar business right next door.

“We were there until 5 o’clock yesterday,” Ellinwood said. The door was locked. The fire started in the vicinity of a band saw that sits against the front wall. The wall and ceiling over much of the interior was black. Somehow, though, piles of wooden pallets and a full propane tank remained intact. 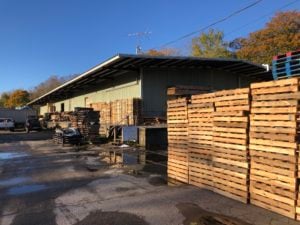 “They did a great job,” said Fire Chief Bernie Patenaude. “There was a very large fire load, combined with very high winds.”

In addition to EGFD, firefighters from North Kingstown and Warwick helped out at the fire, while Coventry and Warwick covered the town.

Fire Marshal Hughes said Friday he did not think the blaze was suspicious but an investigation will be made. In September, two boats dry-docked past Greene Industries caught fire and burned. The cause of that fire remains under investigation.

Ellinwood, who said he relies on Pallet Future to feed his family, did not have insurance. Still, he recognized it could have been a lot worse.

“Someone could have got really hurt,” he said.

EG News is a 501(c)(3) community endeavor. Become a member and help keep local news strong in East Greenwich! Use the button below or send a check to East Greenwich News, 18 Prospect St., E.G., RI 02818. We can build this strong, one member or donation at a time!