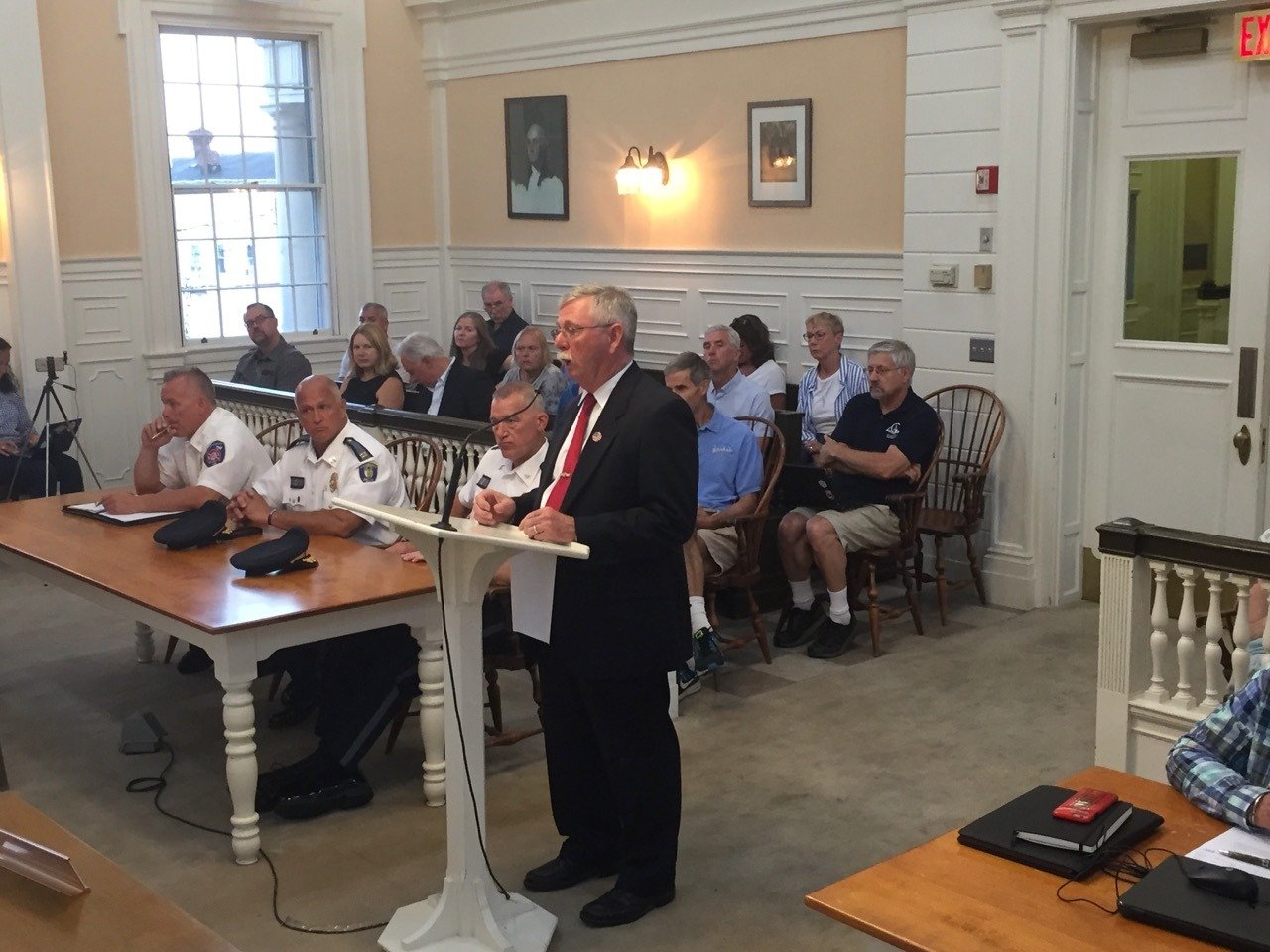 When Kevin Robinson of Marshfield, Mass., was named interim East Greenwich fire chief last January, it was for a five-month term during which time Town Manager Gayle Corrigan was to have conducted a search for a permanent fire chief.

Six months later, Chief Robinson is still on the job and said earlier this month he is prepared to stay through the year, if Corrigan wants that. He said he’s working month to month.

Town Council President Sue Cienki said Thursday via text that they are waiting to conduct a search for a permanent fire chief until Superior Court Judge Susan McGuirl rules on whether or not the town has the right to move the firefighters to a 56-hour work week without the firefighters’ approval. The town filed suit against the firefighters in December, looking for that answer from the court. 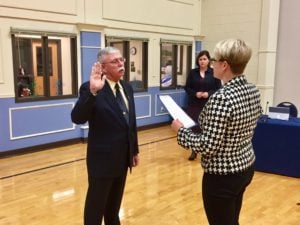 “We wanted to get that started in January, but we have been waiting since December for Judge McGuirl’s decision on the 56-hour work week. I certainly did not anticipate it would take this long to get her ruling,” Cienki said. “The ruling would certainly impact the chief hiring as we would want someone well versed in a three-platoon department.”

The town had asked McGuirl to make what’s called a “motion on the pleadings” – a decision based solely on the information offered in the plaintiff’s (in this case, the town’s) original complaint and defense’s (the firefighters) response, with no additional evidence.

But, after that filing, the Town Council decided it better approve the reorganization to show the judge it had standing; in other words, a stake in the outcome. That was done in a 4-1 vote in April.

In May, the firefighters union argued successfully that the state Labor Relations Board should be included in the case because of their complaint against the town listing 29 alleged violations (EGFF vs. Town of EG / LRB 2018). The judge delayed her ruling at that court date.

The parties last met with Judge McGuirl in June. There is no pending court date. McGuirl moves to Washington County Superior Court at the end of August and President Cienki said Thursday she thought McGuirl would rule before that rather than leave the case to another judge.

East Greenwich is paying Chief Robinson $65 an hour ($2,500 a week), plus housing expenses (roughly $1,180 a month). To help ensure there was always someone in command nearby (since Robinson goes home on the weekends), in May the Town Council approved the hire of former fire chief Peter Henrikson as part-time interim deputy chief at a cost of $50 an hour.