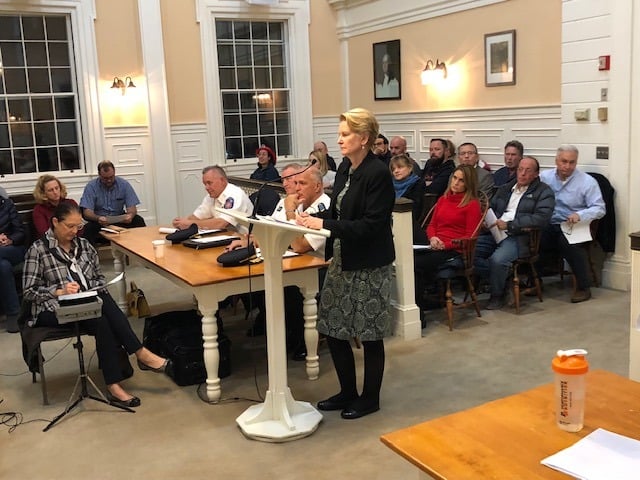 Dykeman was Corrigan’s business associate before Corrigan hired her in June 2017 to take over as the town’s finance director. The state Ethics Commission has said there’s probable cause that hiring was illegal but Corrigan and the current Town Council have denied wrongdoing. 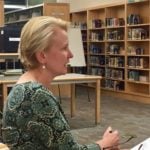 Dykeman has also served as finance director for the school department, a move enacted by Corrigan last spring. She notified outgoing council president Sue Cienki and Supt. Victor Mercurio that she had resigned “effective immediately” via email Friday.

Cienki said Monday Corrigan would be handling finances for the town and Mercurio for the schools during this interim time.

Councilman Mark Schwager, the only sitting councilman to win re-election, said he also got an email from Dykeman.

“It was a surprise to me,” he said Monday of Dykeman’s resignation.

Schwager and the other four Democrats who won council seats Tuesday made getting rid of Corrigan part of their campaign platform. Corrigan told Engaged EG before the election that she would resign if the Democrats won a majority. Corrigan is an “at-will” employee, so she can be fired at any time, but according to her contract, if that happened, she would get six months’ severance – which would be $80,000.

Schwager said he expected this transition to be different than for previous councils in recent years, where there was a fair amount of continuity. But he declined to be more specific.

“The first thing we need to do is be inaugurated,” he said. “Then we can meet as a group and discuss how we are going to move forward.”