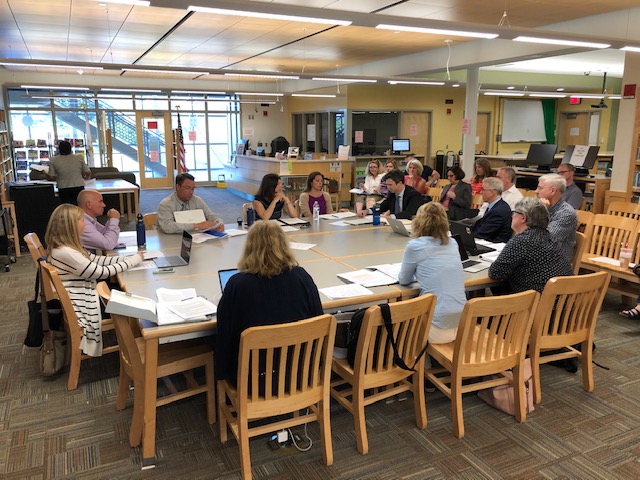 The high school chess club meets after school, is open to anyone with an interest in chess, has a picture in the yearbook and uses chess sets brought in from home. It’s a club, an uncomplicated club. Until, that is, they decide they’d like to participate in a weekend competition in Boston. Now they have to get there and pay a tournament entrance fee.

Traditionally, the individuals or their parents have paid. But, under the new guidelines put forth by former state education commissioner Ken Wagner (which was sought by the EG School Committee), if it is a school activity, then the district should pay for it.

This scenario is just the sort the School Committee wrestled with at a special workshop session Tuesday on the district’s field trip, fundraising and student activity account policies. While the whole issue has prompted a lot of questions and hand wringing, it’s this question of how to handle clubs that has proved particularly nettlesome.

It turns out most field trips – the trip to the zoo or a museum – are not huge in terms of the cost and can be planned and budgeted for. But many of the events that happen at EGHS and, to a lesser extent at Cole Middle School, are not as easy to anticipate and some are costly.

Getting back to that chess club trip, the challenge comes in the third part of former Commissioner Wagner’s advisory opinion:

“Individuals may be charged fees for a trip, but only for trips that are not organized by the district using district resources, including district-funded staff time.”

What are “district resources”?

If a club meets at school and is a school-approved club pictured in the yearbook, is that considered “district resources”?

Understanding there were a lot of questions about the Wagner advisory, new RIDE Commissioner Angélica Infante-Green told school districts in May to submit any questions they had. According to School Committee Chair Carolyn Mark, East Greenwich has asked the commissioner for guidance regarding clubs. 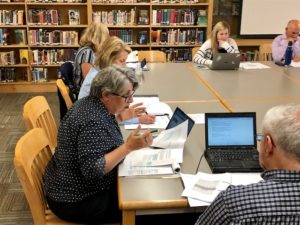 “The club trip scenario, it’s a bit of a morass right now,” acknowledged Committeewoman Anne Musella Tuesday night. Musella is head of the policy committee, which is in charge of drafting the new policies. “How do we keep a program like Model UN?”

Model UN has become a large club at the high school in recent years. Events are not directly tied to the curriculum (even as they certainly inform and enrich students), are always away from school, and can cost into the tens of thousands of dollars. But the Model UN team participates as an East Greenwich High School team.

Mark said she wanted to avoid having “a chilling effect” on school-related clubs and suggested waiting to hear from the commissioner before finalizing that part of the field trip policy.

“I want to see us fully vet and come to consensus around the rest of the policy and leave this to be determined,” she said.

That is supposing that parents are willing to donate to help pay for field trips. While Musella argued Tuesday that parents were already spending money on field trips ($5 here, $12 there, etc.), policy subcommittee member Tara Wood, a parent, wondered if parents would be as willing if they weren’t sure the money they donated would be benefiting their specific child.

“If people hang back and they don’t make these donations, will the field trips be cancelled?” Wood said. “If you don’t get that help from the private side, what is the impact on these trips and the teachers’ willingness to plan them?”

“There are going to be some outstanding questions going into the coming year,” said Mark. “None of us can sit here today and say nothing is going to get cancelled. There are too many unknowns.”

It’s a question of shifting the collection mechanism, said Musella. “It is not anyone’s intent to take away field trips. I think it will hopefully be just a matter of communication.”

“Communication is going to be so critical,” said parent and PTG veteran Sally Miranda.