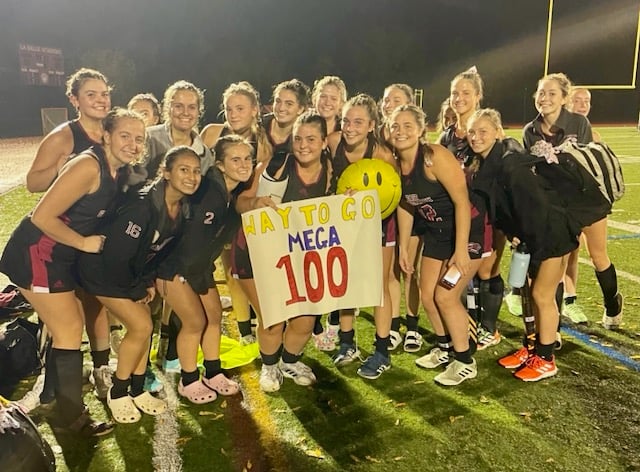 I said in the last post this would be a preview of the championship game. With La Salle now in fourth in the division, that might not come to pass, but the game was thrilling regardless.

Folks, right at the introduction of the players and the National Anthem, which I have to take my hat off for, It poured. Then a few minutes into the game, it tapered off to a drizzle.

The first few minutes were the “feeling each other out” stage. After that, the pace picked up and the back-and-forth game began. No score till the second period when Alex Mega blasted one through 25 players (seemed that way anyway) and into the net, earning her 100th goal of her high school career.

A return to the back-and-forth play in the third. Then, on a trip up to the EG end, the Rams scored. More  back and forth. During an aggressive attack on La Salle’s goal, there was a penalty on La Salle. The EG girls were awarded a penalty shot. Guess who was going to take that one. Yep, Alex Mega.

In the light mist falling from the dark sky… too much? Ok, Alex took the shot. The sound of the ball hitting wood. The backboard in the net? No! She hit the left side upright of the net. Everyone on the bench went wild with the sound. Everyone except the official who was standing at the furthest corner waving it off.

So into overtime we go. It didn’t take long. About two minutes in, the Avengers scored. Who scored the winning goal? Who else? Alex Mega, for goal 101.

Final score: 2-1 East Greenwich. As for Mega’s 100 and 101 goals, Coach Deb McMullen said she wasn’t sure there was an equal in the record books.

“That is the magic question of the day,” McMullen said. “I do not think anyone’s been close to 100 goals. It is very rare that someone leads in goal scoring every year – freshman, sophomore, junior, and senior!”

“I’m super excited that I accomplished this achievement,” said Mega. “I’m feeling really good about the team going into the playoffs and hopefully I can keep scoring more goals. We have two more regular season games left, and then playoffs.”

McMullen said Mega used a new corner the team had been working on for her 100th goal. “Heading into overtime, Alex was upset that it came to that. You could just see it in her eyes that she was going to score the game winner – which she did as she dribbled passed a few LaSalle defenders and put another perfect shot on the inside post for the win.”

McMullen said unsung heroes of the came on the corners were Gianna Salvator who inserted the ball and Catherine Neville who made the perfect pass to Alex. McMullen also credited Olivia Prior for a great job shutting down Cali Cato of LaSalle and Linnea Cervenka for her solid defense.

The night, however, was Mega’s. She said later she isn’t aiming for any specific number goals for the remainder of the season. Rather her “goal,” she said, was to “come out as state champions at the end of the season and make our three peat a four peat!” 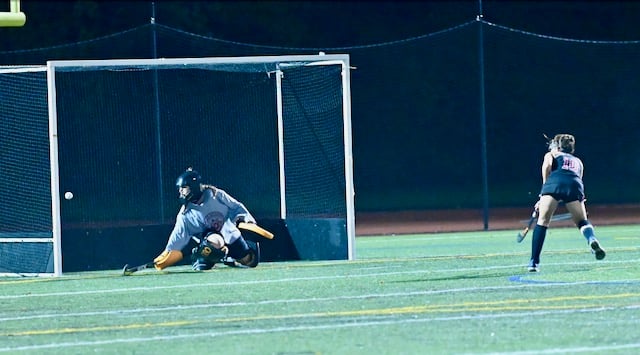 A split second before Alex’s contact with the upright. Photo by Chuck Nadeau 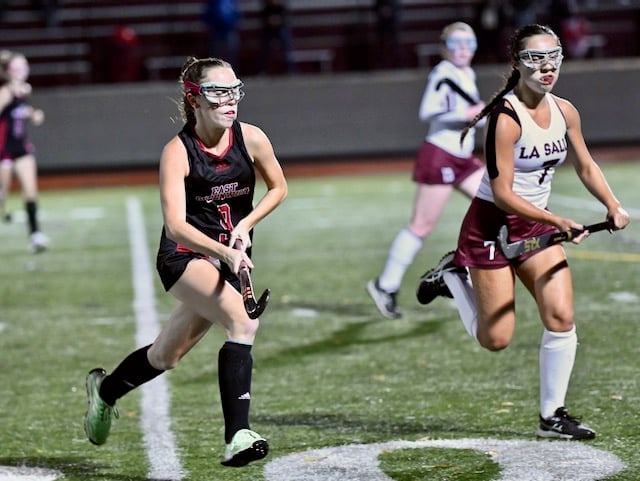 Maeve Kiernan hurries to get to the ball. Photo by Chuck Nadeau 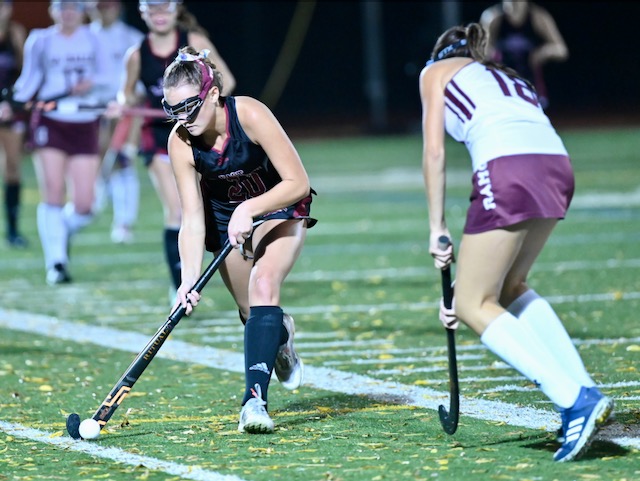 Grace Casey battles at the sideline. Photo by Chuck Nadeau 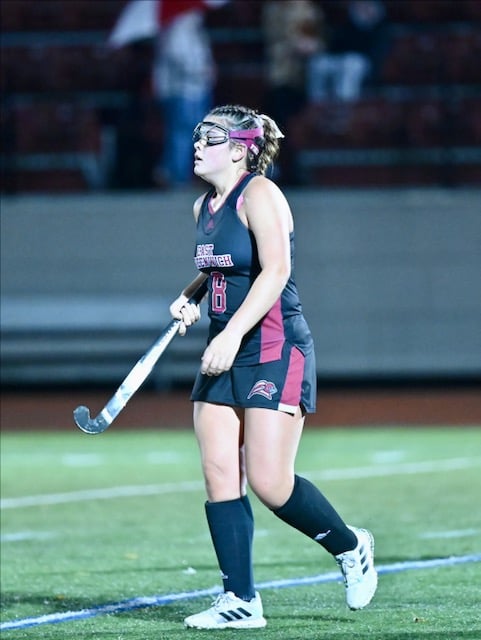 Margaret Neville is relieved on the field. Photo by Chuck Nadeau 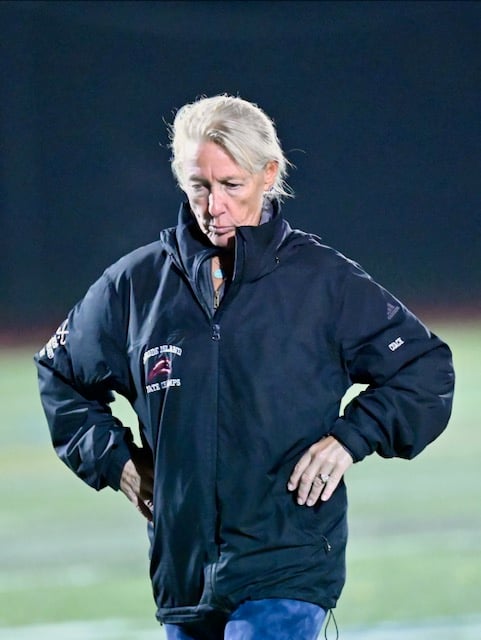 Coach Deb McMullen coming out of a team meeting (10/17). Photo by Chuck Nadeau 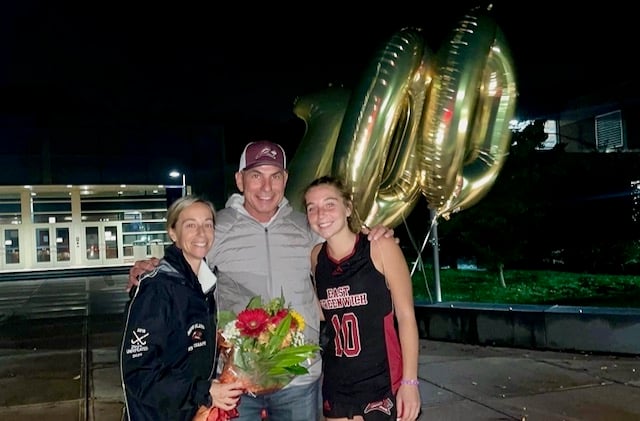 Alex Mega with her parents, Leah and Jeffrey Mega, after the game against La Salle where Alex scored her 100th and 101th goals of her high school career. Submitted photo