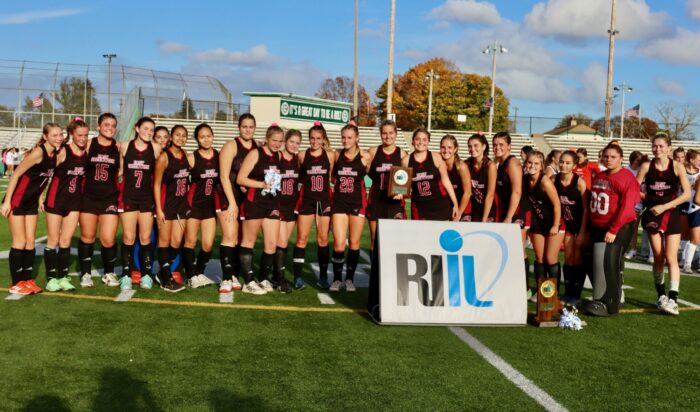 The EG Field Hockey team’s state championship streak came to a halt Saturday, when Moses Brown defeated them 3-1 in Cranston Stadium. It was a rematch from 2021 but with a reverse ending, with the Quakers exacting their revenge.

Students from each school filled the stands on a sunny afternoon, though the Moses Brown fans may have enjoyed the game a bit more. The first goal came within the first six minutes of the contest, scored by Quaker Virginia Stone. East Greenwich was on their heels, defending in their own end for the majority of the first quarter.

Less than three minutes into the second quarter, EG found their equalizing goal following a penalty corner. Jillian Prior cleaned up the mess in front of the goal mouth, and guided the ball into the back of the net to knot the game at one. Grace Casey was credited with the assist. The two sides would go into the halftime break with the score still tied at one a piece.

Moses Brown brought the higher energy level at the start of the second half, scoring to snatch the lead back with 11:22 left to play in the third. From that point, they never looked back, adding a third goal about five minutes later. The Quakers tightened up on defense, and the final frame was once again dominant in their favor. They closed out the rest of the game, holding onto their 3-1 lead with a tight grasp, and therefore denying the Avengers of what they had hoped to be their fourth straight field hockey state title.

East Greenwich goalie Layla Cameron’s eight saves proved not to be enough to propel the Avengers towards victory. Moses Brown made it clear from the very beginning that they were not going to let Alex Mega beat them, as she attracted multiple defenders each time she gained possession of the ball. Despite the loss, East Greenwich completed another solid season of field hockey, finishing with a 15-3 overall record on the year, two of which came at the hands of the Quakers.

“I’m very disappointed that we lost but I loved the fight and determination of the girls,” said Coach Deb McMullen. “I am proud of how they handled success with this season and the few defeats. This group has done amazing things and we have wonderful memories.”

She added, “We are incredibly fortunate for our EG field hockey family and the great support of our EG community and student fanbase.” 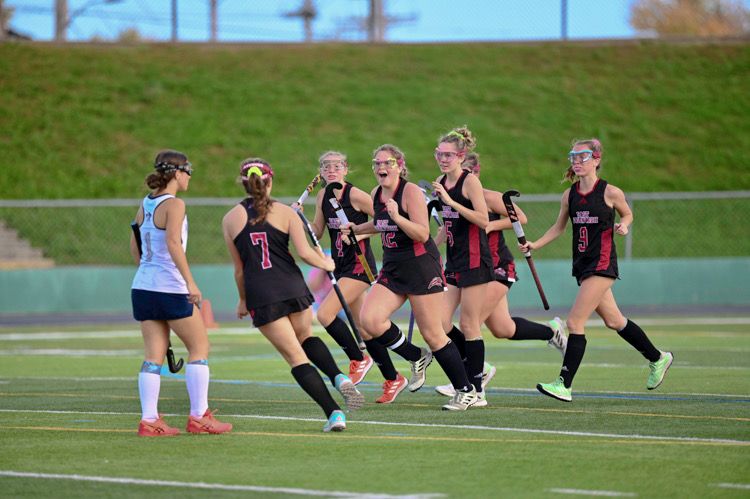 Jillian Prior is surrounded after scoring EG’s first goal. Photo by Chuck Nadeau 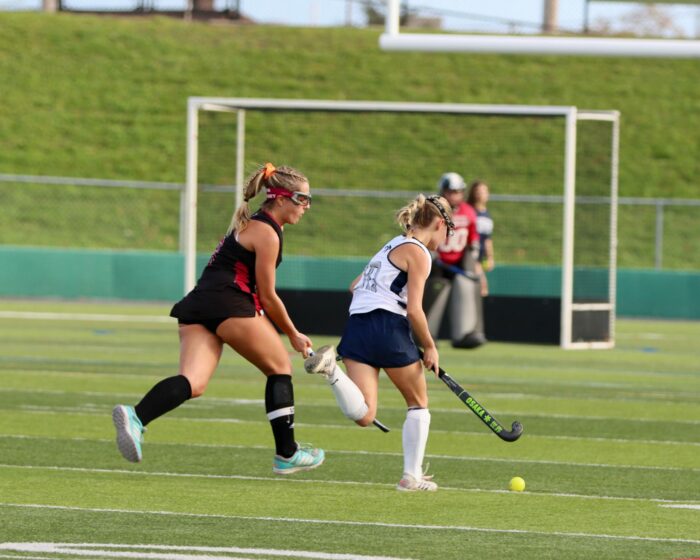 Virginia Stone, who plays for Moses Brown and lives in East Greenwich, scored the first goal for the Quakers. Photo by Tracy Coppola 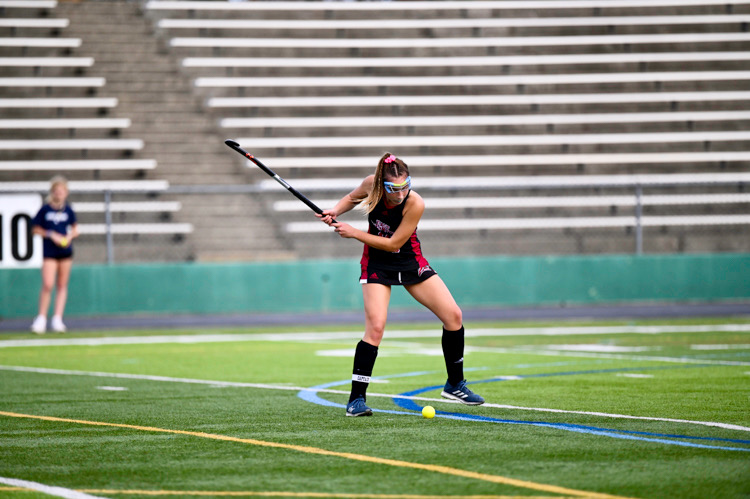 Alex Mega taking a blast to the net. Photo by Chuck Nadeau 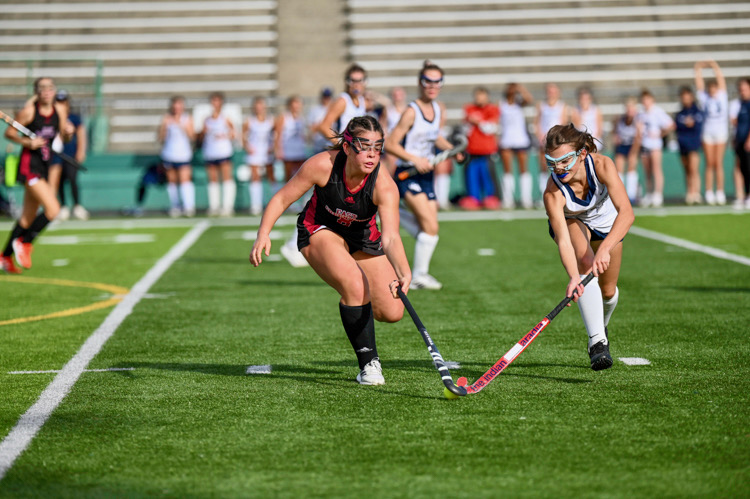 Margaret Neville duels for the ball. Photo by Chuck Nadeau