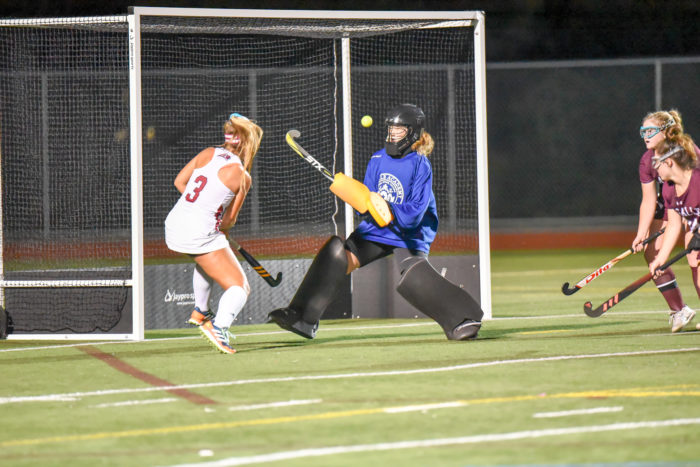 Above: Gianna Salvator tips in the tying goal.

The buzz was that this would be a good game – the first match between East Greenwich and La Salle, the two teams who met in the state final last year. It didn’t disappoint but the outcome was different, with the game ending in a 2-2 tie after a scoreless overtime.

The Avengers dominated in the first quarter but couldn’t close, with strong play by the La Salle goalie. La Salle took the lead with a goal in the second quarter. They extended their lead in the third quarter, with EG down 2-0. But then Alex Mega was able to shake her defenders and score for the Avengers. Then, on a corner, Mega took a shot and Gianna Salvatore had “an amazing tip in” for the tying goal, said EG Coach Deb McMullen.

“We had plenty of chances in overtime but we came up empty,” McMullen said. “We were all thinking history was going to repeat itself with Alex scoring the winning goal but that didn’t happen. Hope Gee had 11 saves. That was huge. Alex played great. They were triple teaming her most of the night. She kept her composure.” 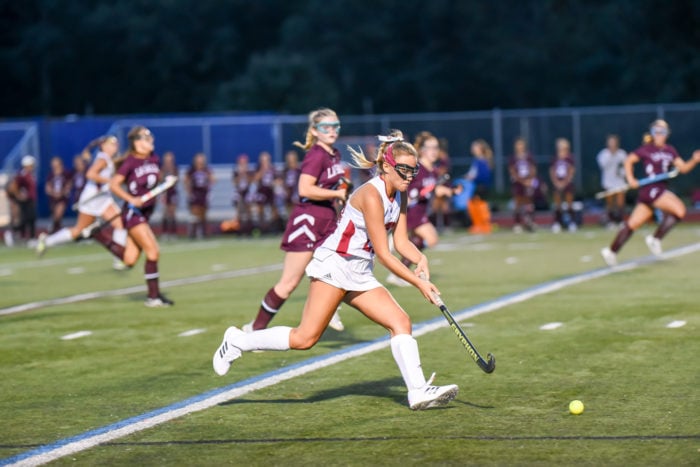 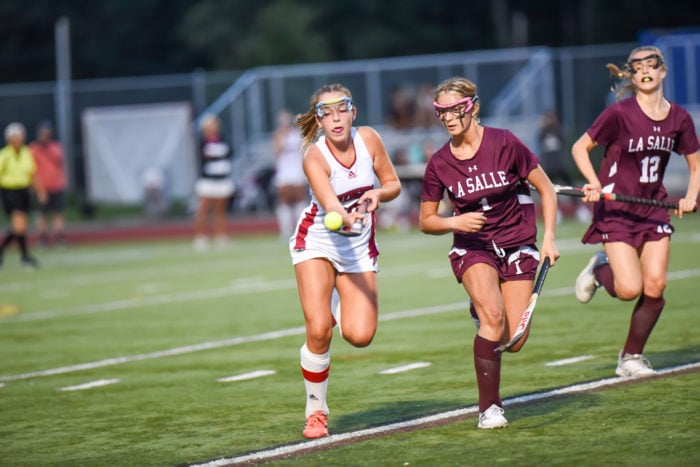 Alex Mega carries the ball on her stick. 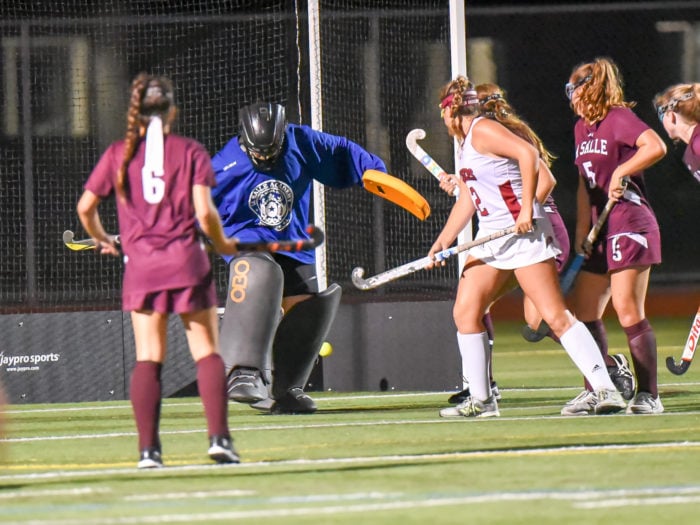 Couch McMullen talks to the team during halftime. The team was down 2-0 but came back in the third quarter to tie. 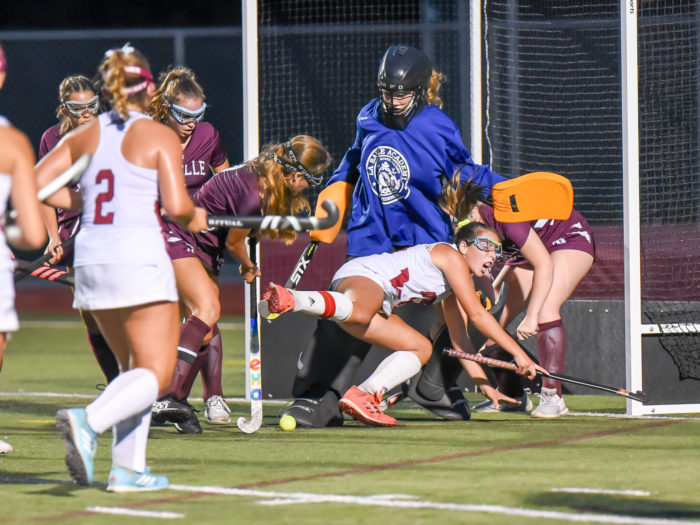 Alex Mega gets pushed in the net without the ball.