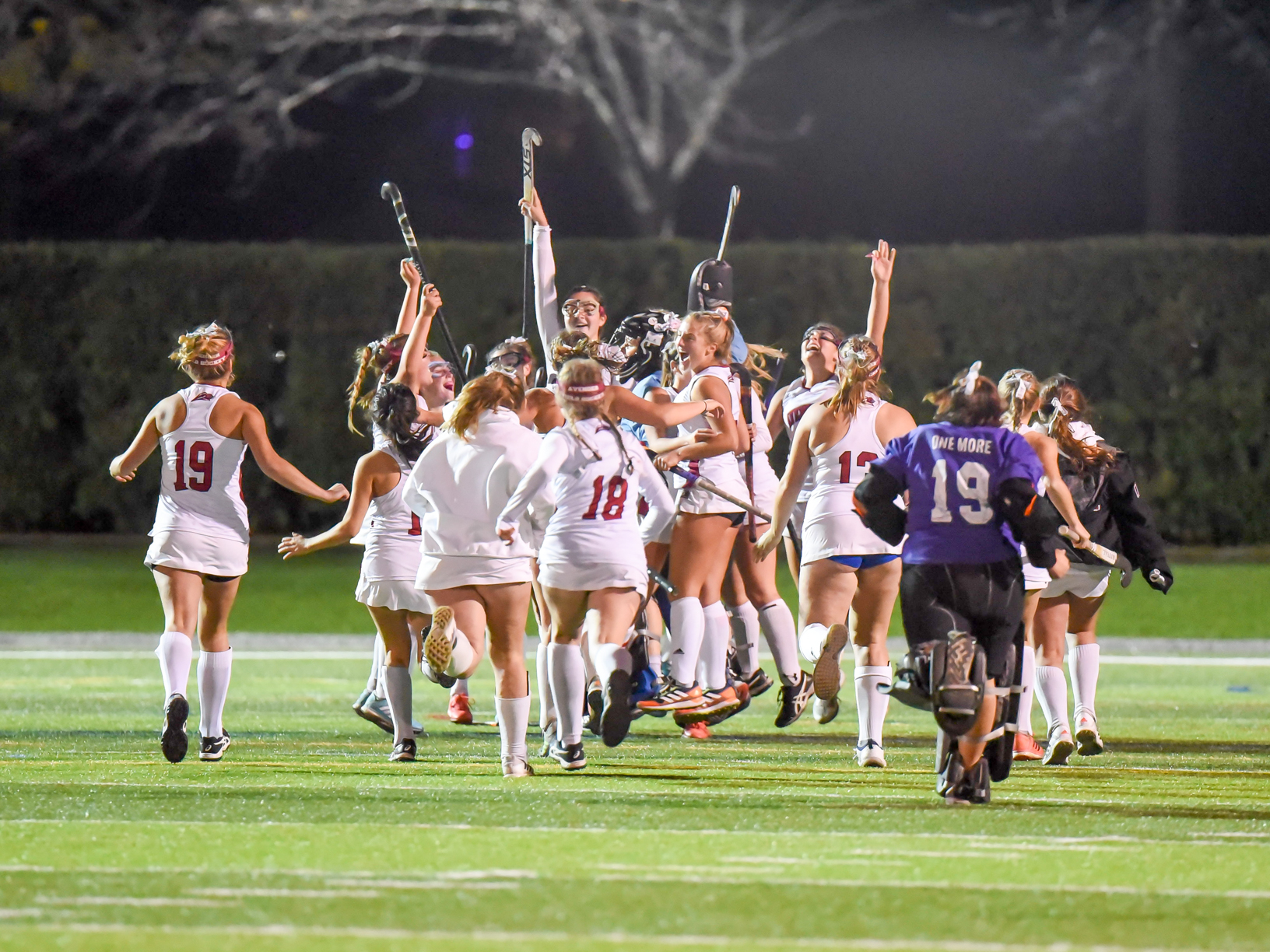 Above: The 2021 D1 Field Hockey state champions. Photos by Chuck Nadeau (find all his photos at chuckn.com)

The Avenger Field Hockey team beat Moses Brown, 1-0, in a tightly contested state championship at Cranston Stadium Tuesday night, capturing its third straight DI state title before revved up supporters for both teams. This after a loss and a tie to start the season but followed with 12 straight wins.

Halfway through the fourth quarter, with still no score, it looked like the game could end up in overtime, with EG having to win the game as it had in last year’s state championship against La Salle. But with 3:26 to go, Catherine Neville took a corner and hit it toward the goal, with Alex Mega tipping it in.

The play, both girls said afterwards, was new – they had only worked it out in recent days – designed to confound the other team, which it did, as explained by Mega in the video below.

After the game, Coach Deb McMullen, who has led the EG Field Hockey program for decades, praised her team.

“You have done something no other Avenger has ever done, a three-peat. And you know what? They are all cheering for you from all corners of this country, maybe other countries. So embrace it. So embrace what you have done. From 0-1-1, on a 12-game winning streak to freaking clinch it,” she said before the team dissolved into a chorus of “three-peat! Three-peat!”

“A crew of defenders held off an extremely talented and fast Moses Brown attack. Our three Backs have not subbed all year and get it done for us: Gianna Salvatore, Cat Neville and Evie Clement. Olivia Prior and Maeve Kiernan gave us so much energy both having the endurance and grit to get to so many balls. Linnea Cervenka and Maddie Kavanaugh also played key roles in our D,” she said.

For goalie Hope Gee, the win was a great finish to her senior season. See her video below:

Sophomore Catherine Neville gave a shout out to her mom, Jodie, who played for McMullen in the 1990s.

“I was brought up in field hockey,” she said. “I’ve been playing since kindergarten. This is my life and I love it, all thanks to my mom.”

The Neville twins (Catherine’s sister, Margaret, is also a key player) are not the only daughters of former players. Grace Casey’s mom, Michelle, and Maeve Kiernan’s mom, Susan, were there Tuesday night too. See more below: 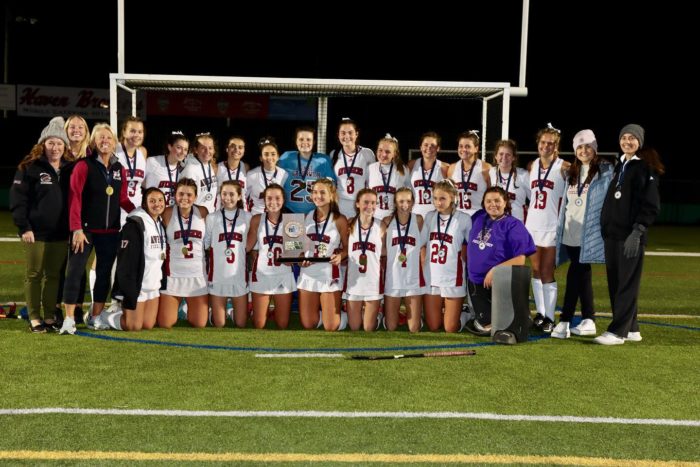 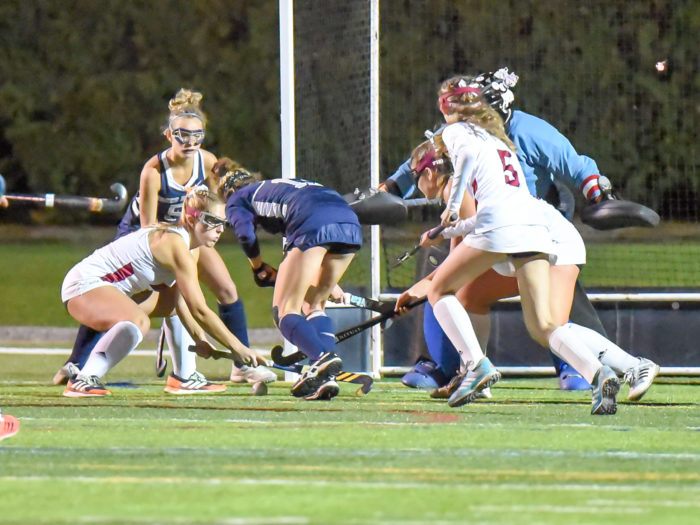 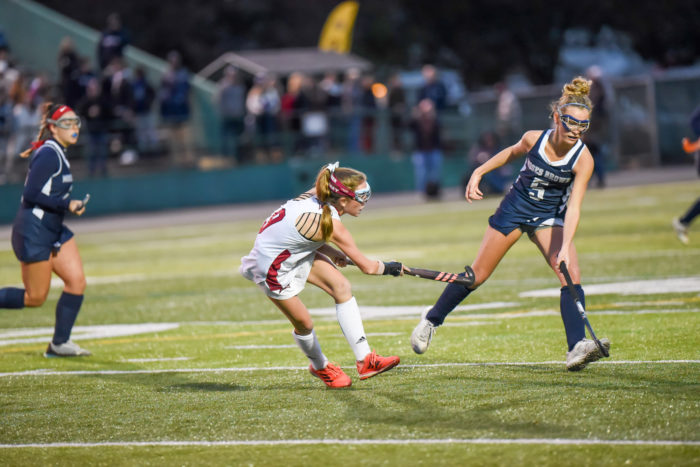 Maeve Kiernan was quick on the field. 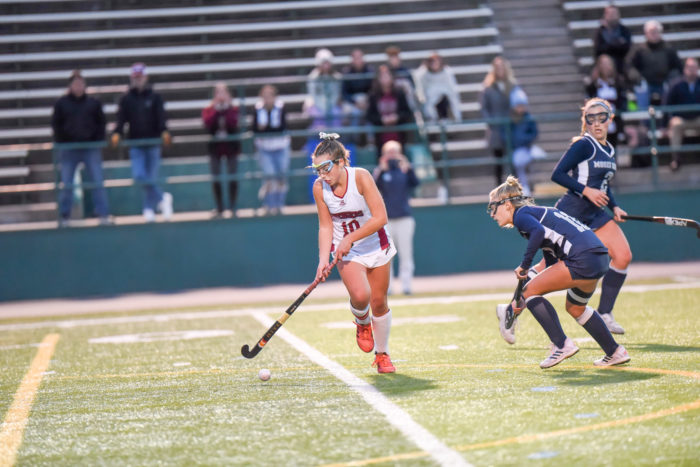 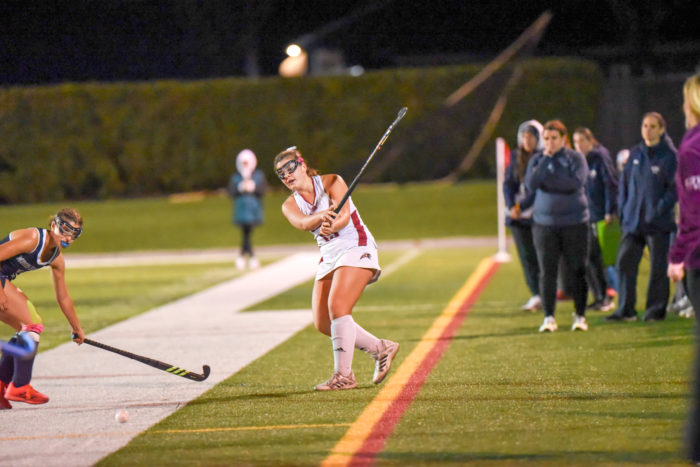 Jillian Prior hits the ball upfield.