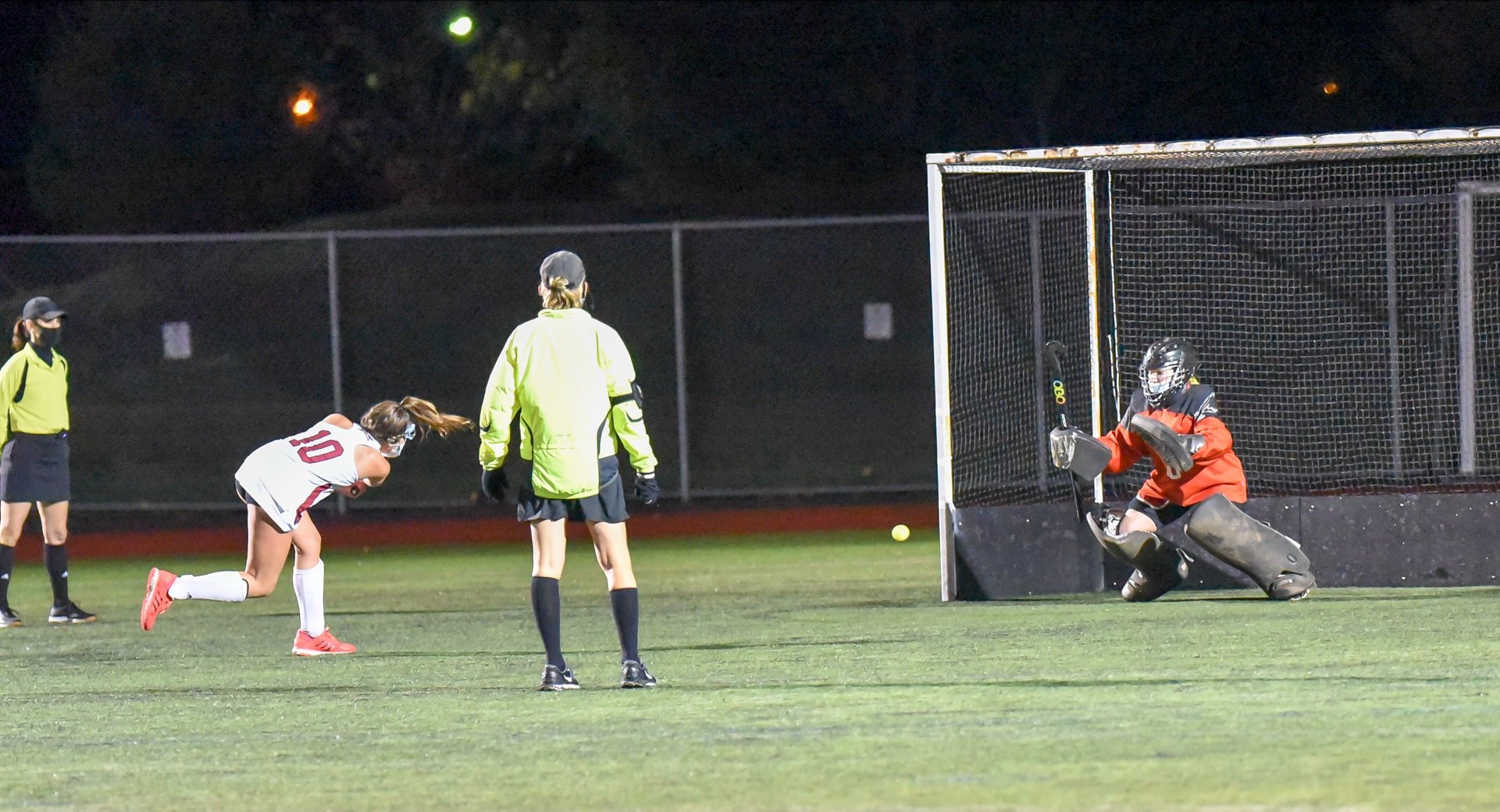 Above: Alex Mega’s penalty shot was the only score of the game. Photos by Chuck Nadeau. Find all his photos at chuckn.com.

Despite considerable pressure on the Barrington goal most of the game, EG’s win over the Eagles Friday night at Carcieri Field came down to a penalty shot by Alex Mega.

Ironically, Coach Deb McMullen said, they’d been meaning to practice penalty shots, just hadn’t gotten around to it, but Mega, who has been the linchpin to the Avenger team all season, made it happen.

The penalty shot came with just four minutes left to play. Jillian Prior’s shot on goal was deflected by a field player’s foot, a stroke, setting up the penalty shot.

“That’s the best game we’ve played by far,” said Coach Deb McMullen. “It was a team win. They played outstanding. A lot of great passing … supporting each other on defense. They just didn’t score enough.”

While Mega was the one who scored the lone goal, McMullen said the player of the game was Logan Shunney. “She was everywhere – great hits, great defense and no fouls.”

The win capped an undefeated regular season as the Avengers head into the playoffs Wednesday as Division I champs with a 6-0 record. EG will face either Barrington or Moses Brown, who play on Monday.

Jillian Prior moves the ball up the field. It was her shot on goal that prompted the penalty shot that got the Avengers the winning goal.