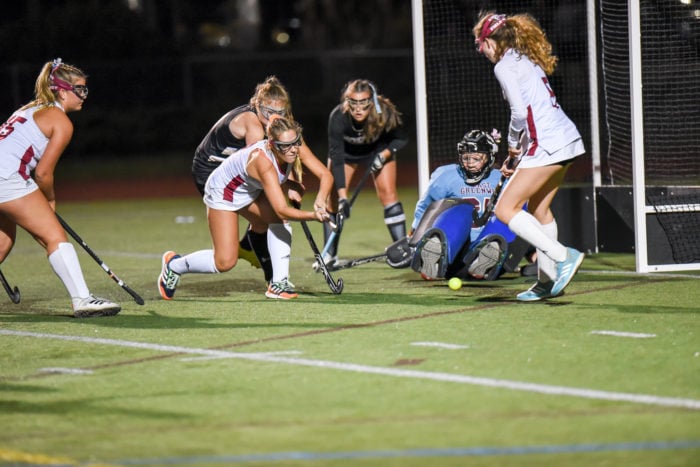 Photos by Chuck Nadeau. Find more of his photos at chuckn.com.
The Girls Field Hockey team finished the regular season Wednesday with a 3-0 win over Wheeler, their 10th consecutive win, giving them the Division 1 title and number one seed going into the playoffs. It capped a winning few days for the Avengers, starting with a 2-1 win Saturday (10/16) against Moses Brown, then beating North Kingstown Monday (10/18) – which was also the team’s Senior Night, then onto Wheeler.
Against Moses Brown, the first goal was off a penalty corner, with Alex Mega passing to Margaret Neville who assisted Gianna Salvatore with a perfect reverse stick goal. EG’s second goal was a hard hit by Alex Mega redirected by Margaret Neville. Hope Gee had a remarkable game with 14 saves, and Catherine Neville was a strong defender against a high powered and very quick Moses Brown attack.
Mega scored three goals against North Kingstown Tuesday night. Jillian Prior had two goals and Grace Casey had one goal and one assist. Also with assists were Ellie Picard with one and Gianna Salvatore with two. Hope Gee had five saves in goal.
Playoffs start next week, either Wednesday or Thursday, and EG will play either fourth place La Salle or fifth place Lincoln School.  Go Avengers! 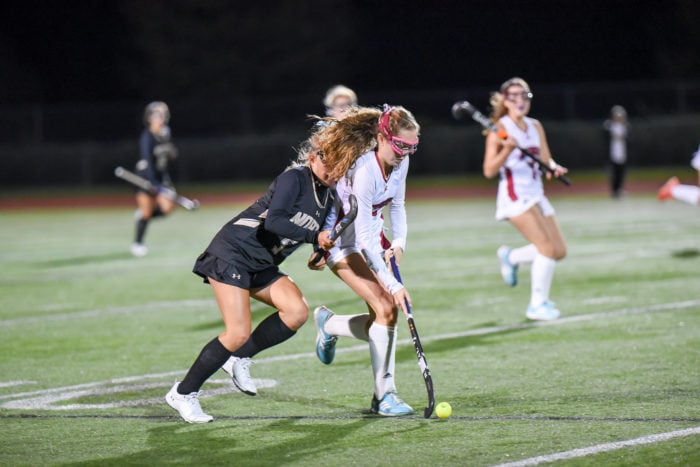 Olivia Prior is second picture holding strong against a tough NK player. 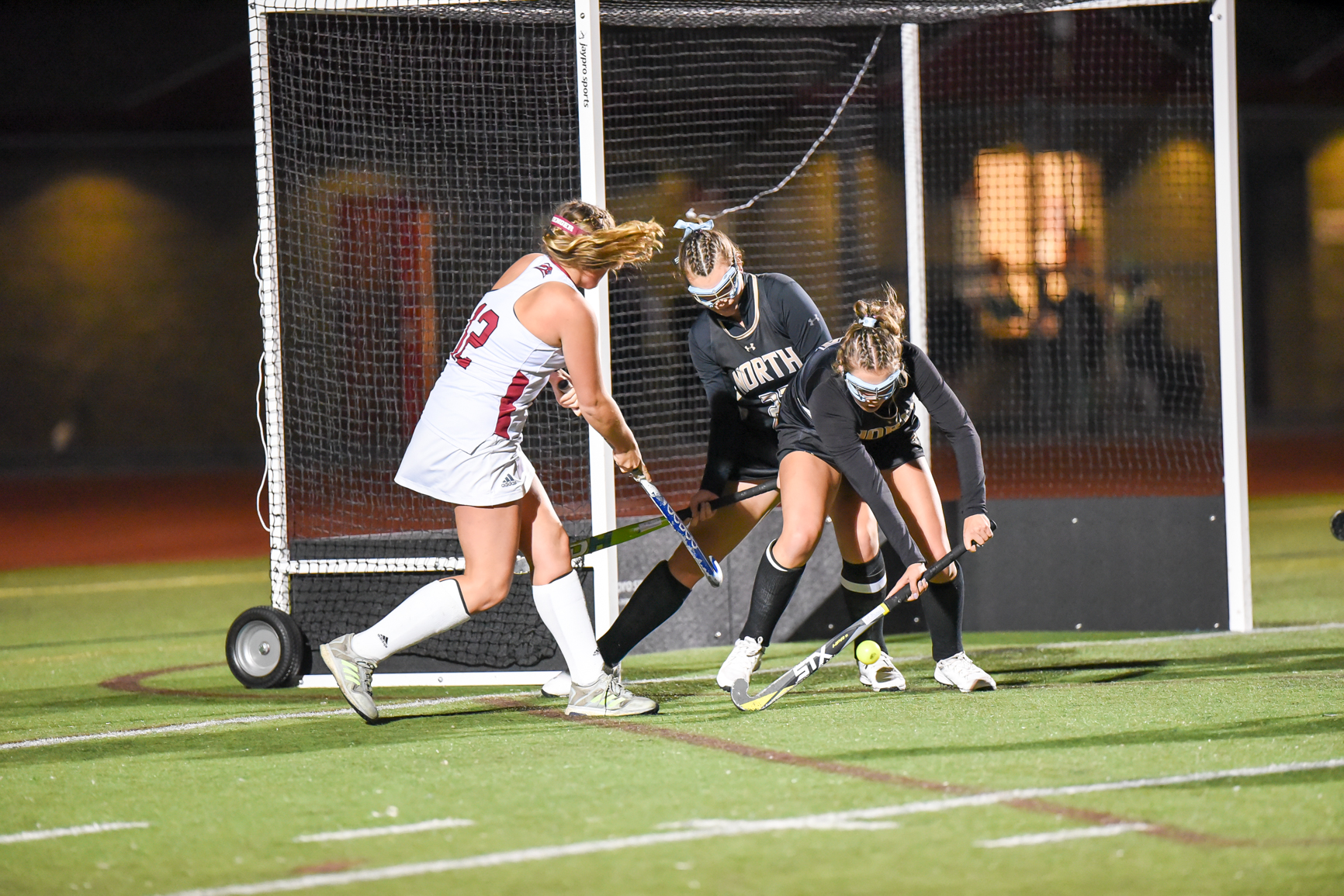 Jillian Prior scores for the Avengers against North Kingstown. 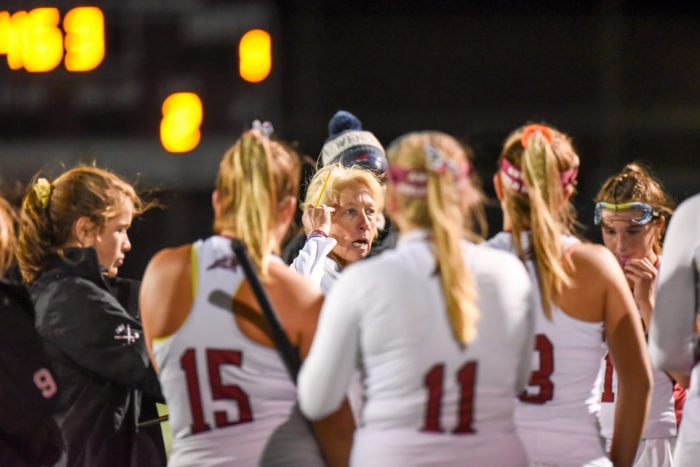 Coach Deb McMullen talks with the team during a time out. 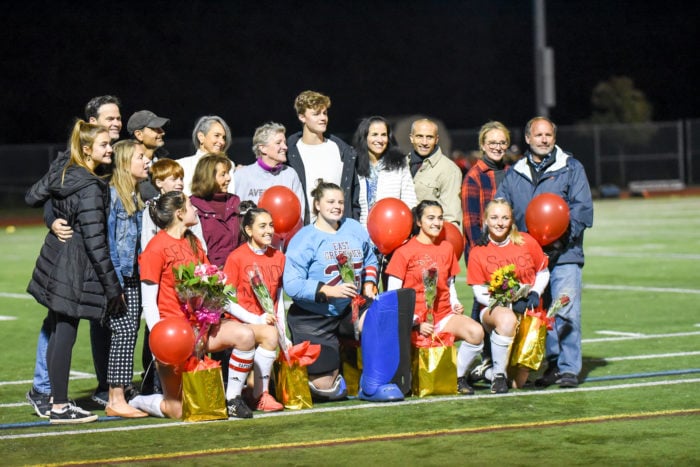 Seniors and their parents Tuesday night.