Feast Loses License Over Back Taxes 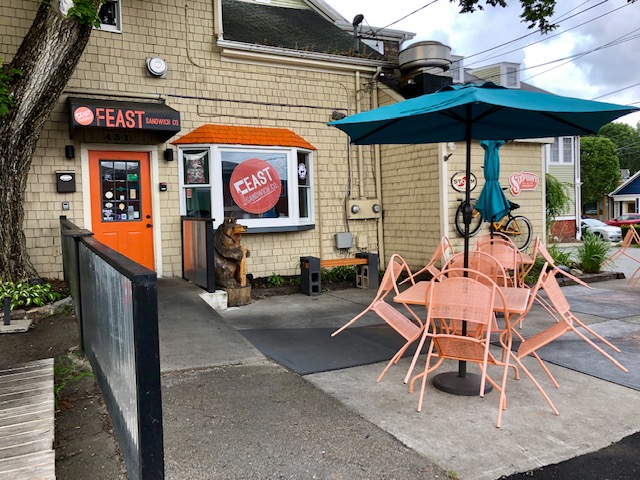 As anyone who’s visited Feast this summer knows, they’ve been open a little and closed a lot. With the Town Council’s 5-0 vote Monday night to revoke Feast’s license, the restaurant is now officially closed.

The action marks the sad end to an sandwich and burger joint that quickly won diners’ (and beer lovers’) hearts when it opened in 2017.

The trouble surfaced last November, when town victualing and liquor licenses were up for renewal. Owner John Sepulveda said he only learned then that taxes to the state had not been paid and they were looking at a hefty state tax bill they did not have the cash to pay. That meant they were in trouble with the town too, since the town requires restaurants show they’ve paid their state tax bills before the town will renew victualling and liquor licenses. 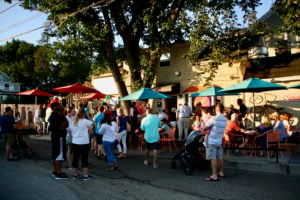 Feast Sandwich Co. on a Thursday night in August 2018.

The Town Council gave Feast owners until January to sort out the tax issue, but come January, Feast was still in arrears. Sepulveda said road closure for sewer construction in front of their restaurant hurt them during December, what they’d hoped would be a busy holiday season. And he and partner Mitchell Waterman had been unable to secure a loan to cover the state taxes. They decided to seek a restraining order against the town to prevent it from closing them down while they worked to remedy the tax situation. The town did not contest the restraining order and Feast was eventually able to negotiate a payment arrangement with the state.

The state pulled out of the arrangement earlier this summer after Feast went months without making a payment. The town then revoked Feast’s liquor license. The restaurant was still allowed to serve food … until Monday night.

“We tried everything we could,” said Donegan.’We did about as much as we could do to help them try to stay open.”

Owner John Sepulveda could not be reached for comment.