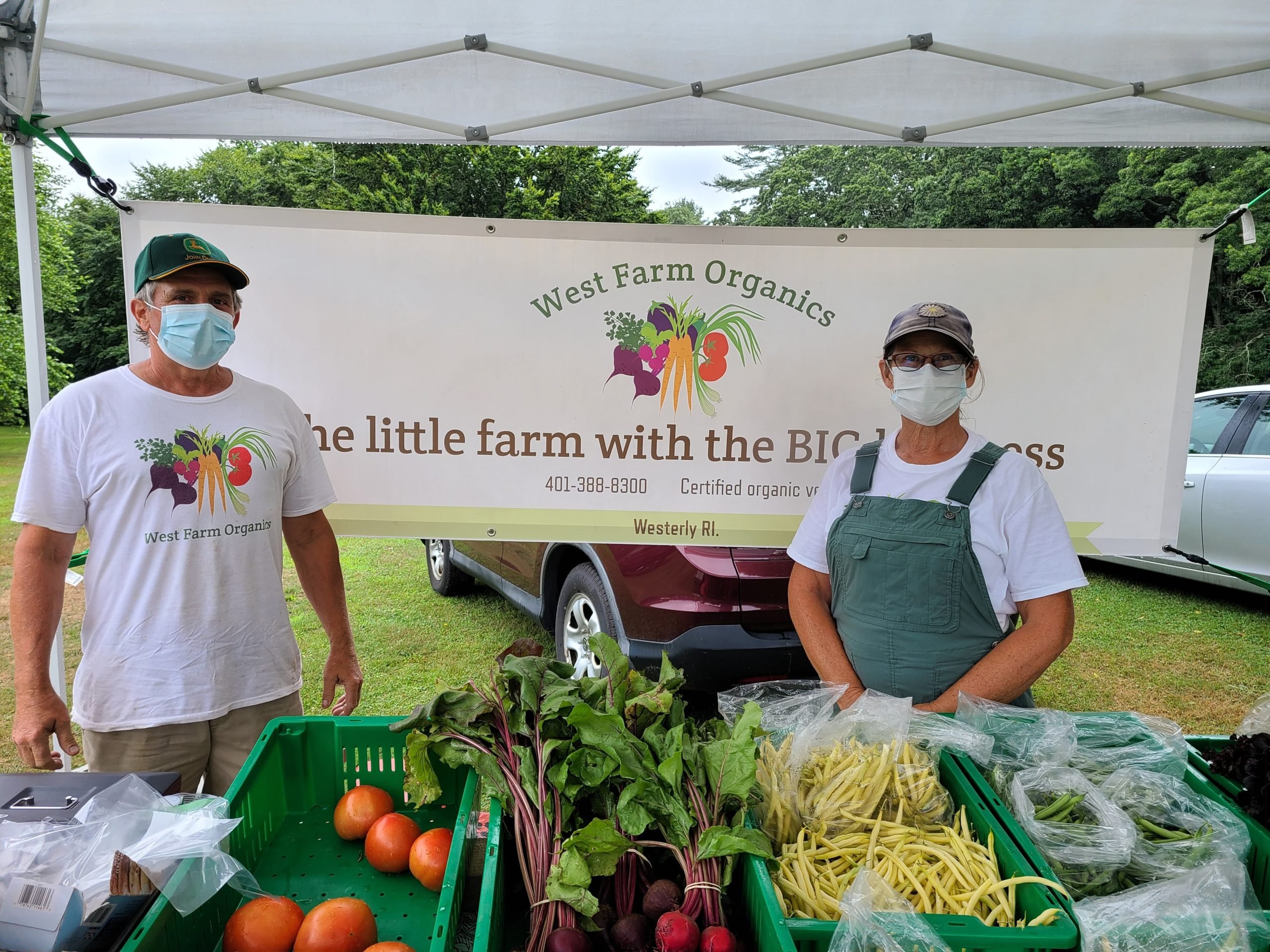 Every Friday morning from spring into fall, the area around Goddard Park’s southern entrance undergoes a transformation. White tents pop up side by side, cars and trucks loaded with fruits, vegetables, and baked goods begin to unload, and orange traffic cones direct customers where to park. The Goddard Park Farmers Market has been a weekly tradition for years and this summer has been no exception, despite the current Covid-19 pandemic. Christopher Rueckle, the manager of the market, has worked to create a safe environment for vendors and customers alike. Thanks to the open-air nature of the market, the market was able to reopen on May 29, just a few weeks later than the normal opening of the market.

“The support by both vendors and customers has been spectacular,” said Rueckle, “We’ve even had people who just come and they view at first. They get a feel of what’s going on around and feel if they’re safe to come to start vending. Every single one has said we’ve done a good job setting up a sanitary environment where they don’t feel as though we’re having added risk with these interactions with so many people. So I would really like to encourage farm and food vendors to continue coming so long as we have space.”

While masks are mandatory, as in most places, the farmers market has a few added measures to keep the market as healthful as possible. A tent complete with a hand-washing station, hand sanitizer, and a board displaying the rules of the market has been added right next to the parking lot where it cannot be missed. In addition, customers are now asked to point to, rather than touch, any item before they buy it. Sampling is prohibited.

In talking to vendors, the situation has brought a stronger sense of community to the market as they overcome the obstacles this season brought.

Vin Maddalena, who runs the Wild Harvest stand with his grandson Maxxwell Brouillard, a recent East Greenwich High School student, has noted that the business seems to be booming at Goddard. While Wild Harvest has two cafes and bakeries located on Post Road and South County Trail in East Greenwich, Maddalena said the shops have been quieter than their stand, most likely due to the fact people feel safer in the open air. Other vendors say consumers have been respectful to each other and are following the guidelines.

Paul and Patty West, the owners of West Farm Organics of Westerly, are in their second season at the farmers market. They have found the atmosphere to be just as welcoming and safe as last year.

“There seems to be more sentiment out there in the general community that people want to shop locally, support the local farmers, and I think there’s a safety factor involved,” Paul West said. “People feel safer right now with local food.”

Though safety is many people’s top priority, maintaining a sense of community is just as important too. “All our regulars so they were ecstatic that we were back and that they were able to see us,” said Pamela Fitzpatrick of Mariska’s Confections, “I actually think this has been really god since people just want to get out and have something to do. Without all the other things that have normally been going on this has been a really nice attraction.”

You’ll find the Goddard Park Farmers Market every Friday from 9 a.m. to 1 p.m. at 1095 Ives Road in Potowomut. Bring your face covering!

Morgan Walsh, a sophomore at East Greenwich High School, began writing after she was accidentally signed up for the school newspaper by a teacher. Now when she isn’t writing she enjoys running, debate, and holds an interest in oceanography.