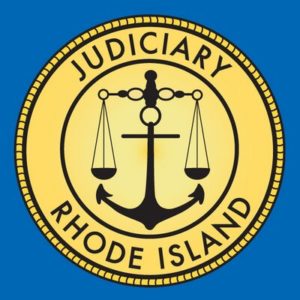 On Wednesday, Superior Court Judge Susan McGuirl issued a 74-page ruling in the case of the Town of East Greenwich versus James Perry and the EG firefighters union. You can find the entire ruling here: EGFA v. Gayle Corrigan, KC17-0898

On the Town argument that James Perry did not have standing to bring suit against the Town because he was not an aggrieved party:

It is difficult to imagine a situation in which a person is more aggrieved than when his or her job is abolished.

On the issue of James Perry’s termination:

The Town’s argument that Corrigan could appoint herself Acting Fire Chief for “administrative purposes”—a position that does not exist— without any authority from the Town Council so that she could then recommend, to herself as Town Manager, that FF Perry be fired is not persuasive to this Court and somewhat absurd.

On whether or not Town Manager Corrigan fired James Perry for just cause:

Based on the minimal and incomplete information gathered during her “investigation,” without considering the seemingly logical simple efforts that could have been undertaken to obtain further information, Corrigan sent firefighter Perry a termination letter, via e-mail, at 10:15 p.m. on Saturday, August 19, 2017. The termination letter was issued in such haste due to Chief McGillivray’s [expected] return on Monday, August 21, 2017, and firefighter Perry’s status as a probationary firefighter ending within days. Setting aside the lack of professionalism displayed by the Town with respect to the manner in which firefighter Perry was terminated, this Court finds without question based on the credible evidence before it that Corrigan did not engage in “careful and factual consideration,” as required by the CBA [collective bargaining agreement] before terminating firefighter Perry for “just cause.”

On the defense argument that James Perry could be fired because he lied on his resume:

On OMA violations from the June 19 Town Council meeting:

In light of the evidence presented, this Court concludes that the Town Council violated the OMA by failing to record any minutes from the June 19, 2017 meeting. Additionally, the Town Council voted to seal the Town Solicitor’s notes from the executive session, thus preventing the dissemination of any information to the public about the decision to appoint Gayle Corrigan to the Town’s most important position.

What Judge McGuirl called “The EGTC Pattern of Conduct Regarding the Open Meetings Act”:

The Town’s discussion of its intent to create a search process for the Town Manager position is misleading. The Town Council promoted the appearance of having the intention to utilize a search process for the position, all the while negotiating a contract with Corrigan to be executed at the July 10, 2017 meeting. With respect to the June 26, 2017 meeting, this Court does not find that it is in the spirit of the OMA to have discussions pertaining to “the Town’s relationship” with Corrigan in executive session. (Pls.’ Ex. 20.) It is clear that the Town Council is attempting to skirt around the requirements of the OMA by only entertaining discussions regarding Corrigan and the Town Manager position in executive session.

Taking into consideration that notice must reasonably describe the actions that the Town Council intends to take during a meeting, it is evident that the Town Council again did not provide proper notice of its intended actions with regard to the Town Manager position. See Tanner, 880 A.2d at 798. The agenda for the July 10, 2017 meeting did not reasonably describe its intentions to enter into a contract with Corrigan at that meeting.

Based on the compelling and credible evidence before it, this Court finds that the Town’s appointment of the Town Manager misled the public. The Plaintiffs argued that the Town’s efforts were designed to secure Corrigan’s appointment as Town Manager and minimize public opposition. Irrespective of the intent, the Town Council did not provide notice to the public, which limited the public’s opportunity to attend Town Council meetings and be heard. Instead of allowing the people of East Greenwich to be a part of the Town’s appointment process, the Town circumvented the requirements of the OMA to make decisions related to the Town’s most important appointed position that should have been subject to public scrutiny. In essence, the purpose of the OMA is to hold the Town Council accountable for the decisions it makes on the public’s behalf.

Town Charter Violations Furthermore, for the reasons contained herein, this Court declares that the Town Council violated the Town Charter. Whereas there are no penalties included in the Town Charter, the Court is not going to assess any penalties. The Court will leave it to the citizens of the Town.