Ethics Board Says Bucka Can Vote on Union Contracts

Above: Nicole Bucka being sworn in by Judge Brian Stern at a School Committee meeting in October.

It would not be an ethics violation for School Committee member Nicole Bucka to vote on a new teachers contract, the state Ethics Commission ruled in November. Bucka’s husband is a teacher in the East Greenwich schools so Bucka sought an advisory opinion after she won a special election Oct. 5 to fill the seat vacated by Lori McEwen.

Bucka also sought guidance about whether or not she could participate in budget discussions and discussions on collective bargaining/employee contract negotiations for the district’s two non-teacher unions (custodians and paraprofessionals).

In all three cases, the Ethics Commission said Bucka could participate.

Regarding the teachers contract, the ruling said public officials were prohibited from participating in negotiations “relative to an employee contract or collective bargaining which addresses or affects the employment, compensation or benefits of any person within her family or a household member.”

However, the ruling said, Bucka could “participate in the School Committee’s discussions and decision-making relative to approving or rejecting the contract in its entirety once it has been negotiated by others. The basis for allowing such participation is an assumption that a vote on an entire contract, once negotiated by others, is sufficiently remote from individual contract issues impacting a family member so as to not constitute a substantial conflict of interest in violation of the Code of Ethics.”

The ruling did caution Bucka to be “vigilant” in recognizing instances when discussion might stray into individual aspects of the contract that could pertain to her husband. If that were to happen, Bucka should recuse herself, according to the ruling.

Regarding contract negotiations with either of the other two unions, the ruling said, “The Code of Ethics does not prohibit [Bucka] from participating in collective bargaining/employee contract negotiations relative to the custodial and/or the paraprofessional unions, given that her spouse is not a member of either of those unions and provided that the matters discussed do not directly financially impact, or address or affect the employment, compensation or benefits of her spouse.”

The ruling also said Bucka could participate in budget discussions and votes as long as her husband is not treated differently in the budget than other members of his union.

Bucka had sought guidance from the commission before the election and was referred to previous rulings with similar concerns. She was told she would need to wait until she was actually on the School Committee to seek a ruling of her own. Two previous members of the EG School Committee, Mary Ellen Winters and Susan Records – both who had children working as teachers for the school district – voted on teacher contracts during their time in office. 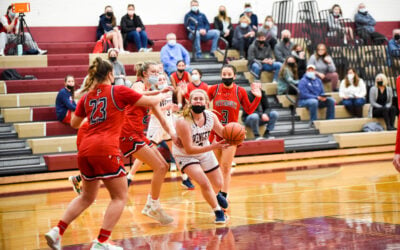 Above: Brook Fairbanks drives the lane for a layup. Not a lot to say about this one. East... 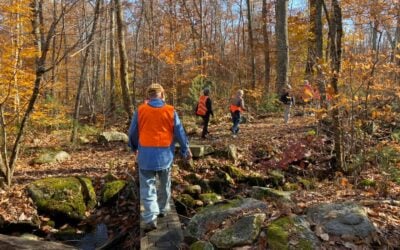 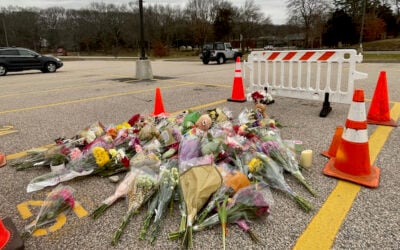