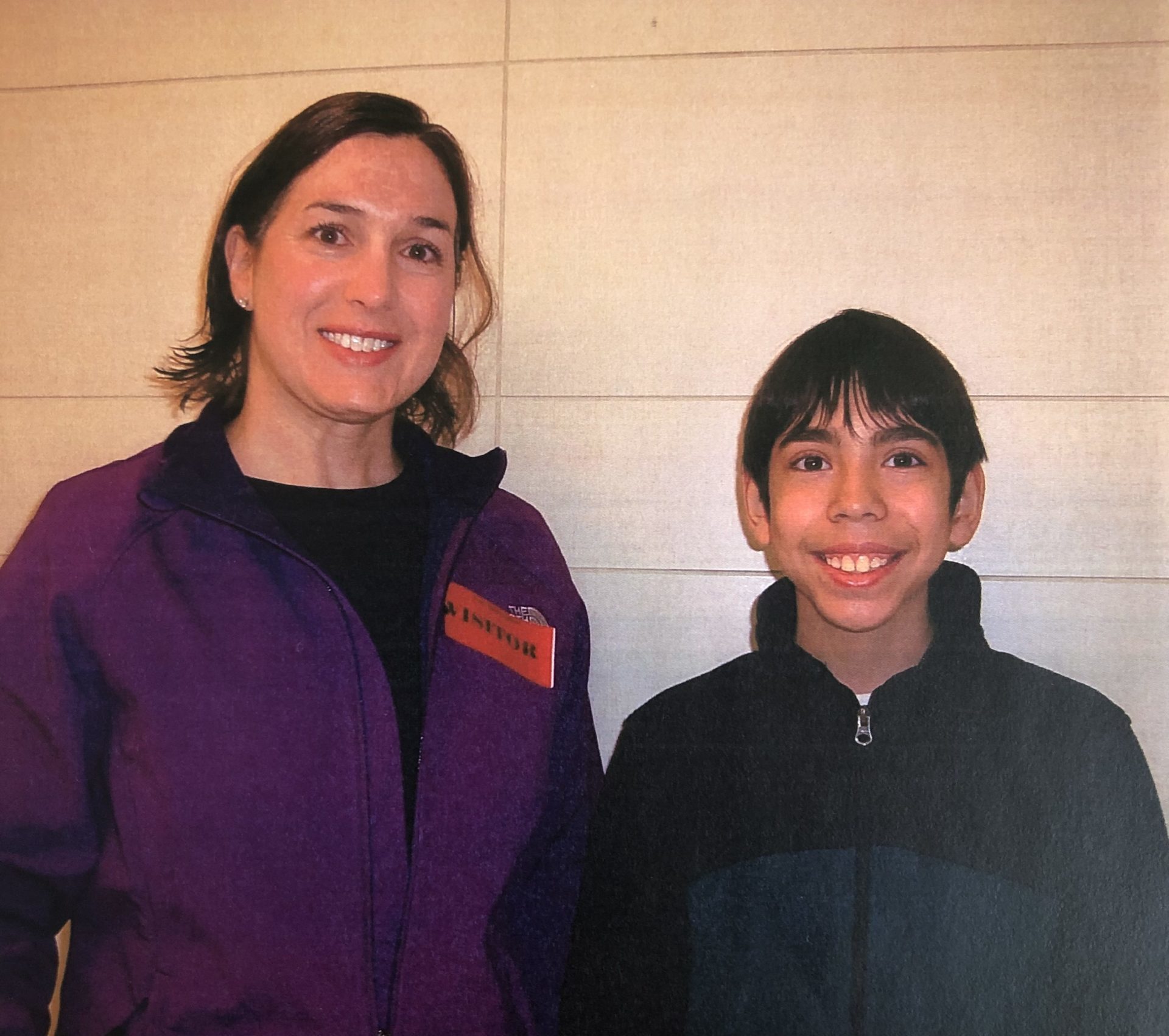 Above: Mentor Paige Morganti with her student Hector Vargas in 2012, when he was in 6th grade at Cole Middle School.

One of the casualties of 2020-21 school budget cuts caused by the COVID-19 pandemic was East Greenwich Strategic Support Mentoring Program, for a savings of $51,767 to the cash-strapped district. The program, which has been run since its inception by social worker Nina Mackta, has served hundreds of East Greenwich students, pairing them with a variety of community members, from doctors, judges and retired teachers to parents, grandparents and college students, all who serve as one-on-one mentors for a year or many years, from pre-kindergarten through high school.

Supt. Alexis Meyer, herself a mentor, expressed regret at her decision to cut the program during the School Committee meeting in June when she unveiled the budget later approved by the School Committee. But she also noted that the program as it has existed since 1999 – weekly meetings of the student and mentor during the school day – would not be possible this coming school year anyway, since no visitors will be allowed in school buildings.

When distance learning was implemented in March, Mackta was able to shift about a third of mentor pairs to virtual meetings. At least one mentor, Paige Morganti, used old-fashioned snail mail to stay connected with her students.
Morganti has been a mentor for more than 10 years and last year she had two younger students she was working with.

“We went to more of a penpal situation,” she said. “I’m going to send you just a card or something once in a while,” she told them. Morganti continues to send her students a letter or postcard every couple of weeks. “I just send something uplifting,” she said, like, “‘Hey, I’m thinking of you, hang in there.’”

Morganti volunteered initially out of a desire to help out. The mentoring program spoke to her, she said. “I felt Nina cared. I think people go into social work because they want to make a difference,” she said of Mackta. “And she did a really good job matching me up with certain kids.”

Morganti said she has enjoyed the one-on-one experience. “I felt like I was receiving as much as giving.”

Her persistence with her current students may be due to the relationship she formed with her first student, Hector Vargas, who graduated in 2019. Vargas said Morganti has been a real friend to him over the years. They were paired when he was just in the fourth grade. His parents divorced and he was living with his father, without a lot of contact with his mother. Vargas said he not sure why he ended up with a mentor – one day “Mrs. Morganti” was just there – but he’s grateful.

Paige Morganti with Hector Vargas at his graduation from EGHS in 2019.

“I never asked my Dad why … but it was one of the best things that could have happened,” Vargas said. “Whoever did arrange it, thank you to them.”

A shy child, Vargas said Morganti helped him learn how to talk to adults. “She really seemed to care about what I had to say.”

He was never embarrassed about having a mentor. In fact, he said, in high school he would call friends over during a mentor meeting and say, “Hey, this is my mentor!”

Vargas is now studying to be a master auto mechanic at New England Tech. While his father wanted him to go to college, Vargas said Morganti played a pivotal role in convincing him he could actually do it.

“I wouldn’t have gotten here if it wasn’t for her,” he said.

It’s because of stories like this that Mackta is hoping something can be done to save the program. Years ago, she raised money for the program herself but when she offered to raise money this year, she learned that would be illegal since she would be raising money to pay part of her salary (she is a full-time employee of the school district, half as a social worker and half running the mentoring program).

It’s particularly disappointing, Mackta said, to shutter the program now because her pipeline of volunteers is as robust as it’s ever been. In addition to the 50 or so children who are matched to a one-on-one mentor, some mentors help out at the Homework Club at Rhode Island Housing and a mentor attends the Friday night Teen Center gatherings.

“So, there’s a lot going on,” Mackta said. “Ending it all is difficult.”

Mentor Paige Morganti with her student Hector Vargas in 2012, when he was in 6th grade at Cole Middle School.