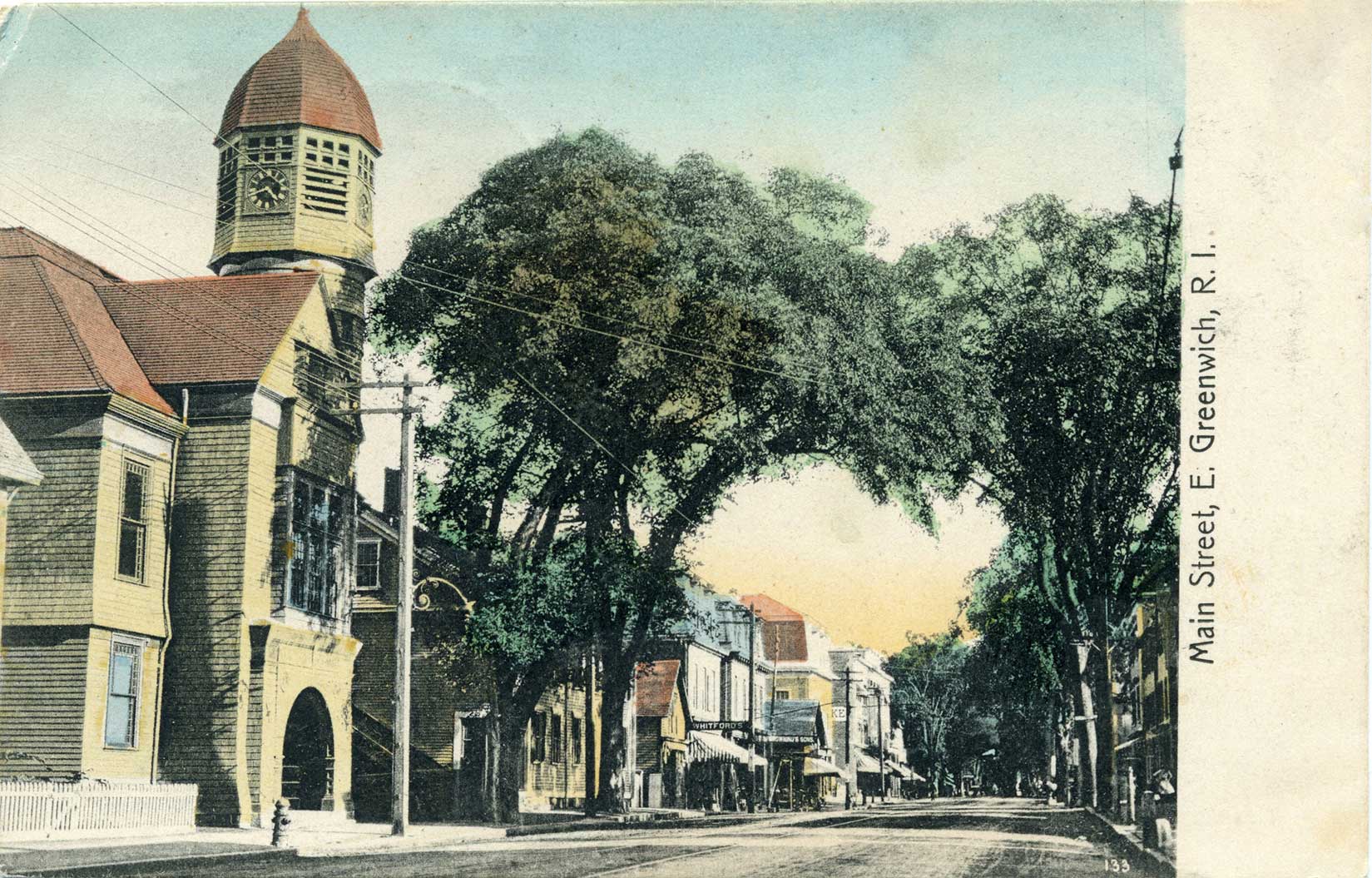 The month of March is Women’s History Month and so we are reprinting a couple of articles about EG’s own women’s history by Rachel Peirce that first appeared in the East Greenwich Historic Preservation Society’s newsletter. This is the first one. Look for the second one next week.

Four years after the 19th Amendment was passed, East Greenwich voted its first Councilwoman into office. Sarah (Aylesworth) Shippee (1862-1935) has the distinction of being the first female elected to the East Greenwich Town Council. She served on the Town Council from 1924 to 1932.

Sarah Aylesworth was the daughter of Lyman and Matilda (Hunt) Aylesworth. She was born on July 28, 1862, while her father Lyman was serving in the 1st Rhode Island Cavalry during the Civil War. Lyman had enrolled for service on October 11, 1861. (See The Packet September 2011, Vol. 22 No. 3 for more information on Lyman Aylesworth.)

Sarah Aylesworth married Moses Shippee on April 27, 1887. They had one daughter, Marion E. Shippee, born May 4, 1890. In 1895, Moses opened a real estate and insurance agency on Main Street. Unfortunately, Moses was blinded due to an illness and improper treatment. He relied on Sarah to be his guide. Sarah alongside her husband ran a successful business in town for decades.

A letter to the editor, from the Republican Party of East Greenwich, was printed in the Pendulum on October 23rd, 1924:

The 1920s were a tumultuous time. And in 1924, the East Greenwich Republicans ran a campaign for reform. The Rhode Island Pendulum reported on November 6, 1924:

“Reform Forces Win Big Victory: New Town Council Elected by Big Majority In Biggest Contest Ever Held. Clean Sweep for Republicans. East Greenwich witnessed the greatest election in her history. 1755 votes were cast in the big contest out of a total registration of 1866.”

East Greenwich had become a town known for gambling and illicit activities, and the new Town Council was “for law enforcement and for a clean and better town.” The Pendulum noted:

“Every possible effort was made by those who stood for the saloon and gambling interests to win. But times had changed. East Greenwich had come to the parting of ways. Either she was to move forward with the rest of America or remain a stagnant cesspool of lawlessness. Her verdict showed by the result of the election was to move forward into good, wholesome government.”

A list of the new Town Council was printed in the Pendulum: “Daniel Howland, Harry R. Lewis, Andrew S. Hamilton, G. A. Malmberg and Mrs. Moses Shippee.” Today, it seems rather sexist that Sarah was referred to by her husband’s name, when she had just become East Greenwich’s first female councilor. However, some old-fashioned traditions had not yet been overcome.

Rachel Peirce is the historian/archivist at the East Greenwich Historic Preservation Society. To find out more about EGHPS, click HERE.