EGHS Wall of Honor Inducts 2 Years’ Worth of Honorees 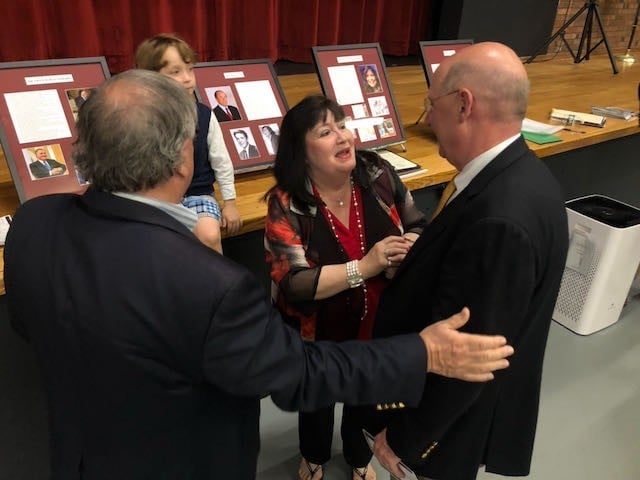 Above: Inductee Francis Pescosolido, left, and his wife, Family Court Judge Debra E. DiSegna, talk with Hub Brennan, who was inducted onto the Wall of Honor in 2019.

The EGHS Wall of Honor induction ceremony returned June 23 after a one-year COVID-induced hiatus, with two years’ worth of honorees. The ceremony always calls to mind the remarkable endurance of childhood and teenage memories and gives inductees a chance to wax nostalgic.

Two of the 2020 honorees were not able to attend – Susan Stevens Crummel (Class of 1966) and her sister, Janet Stevens (who began her schooling in EG but finished high school in Hawaii). Crummel is a children’s book author and Stevens is a children’s book illustrator.  The other three were there:

Dr. Francis J. Pescosolido, Class of 1968, currently working at Bradley Hospital and as the clinical  associate professor of psychiatry and human behavior at the Warren Alpert Medical School of Brown University; Dennis Lynch, Class of 1966, chairman of the board at Cardtronics and chairman of the South Health board of trustees, and Phil Garvey, Class of 1975, an outstanding East Greenwich High School athlete who went on to coach and teach at several Rhode Island schools and served his country as a U.S. Marine Corps officer serving in Operation Desert Storm and Operation Iraqi Freedom as operation officer for the 3rd Marine Air Wing.

Former Town Council member and state senator Mark Gee received the WofH’s 2020 Appreciation Award, given to someone who did not attend EGHS but who has contributed to the community of East Greenwich. Gee’s son, Zing (EGHS Class of 2020) accepted the award in his place.

The 2021 honorees were all in attendance:

Paul J. McNeil, Class of 1959, a long time Rhode Island social activist and economic justice advocate, who passed away June 3, 2020; Felicia Piscopio Revens, who graduated from East Greenwich High in January 1980, was actively involved in Avenger sports and established Felicia’s Coffee on Post Road; Michael Dacey, EGHS Class of 1989, who also was active in sports for the Crimson and White, and, who currently runs Dacey Insurance on Main Street; and Mark Finn, Class of 1977, an outstanding goalie on some outstanding Avenger hockey teams and later played at Cornell, he currently owns and operates Finn’s Harborside down on Greenwich Cove.

Longtime Cole Middle School staffer Elaine Balkcom, who was not in attendance, was awarded the 2021 Appreciation Award. Also recognized was longtime Wall of Honor sponsor (and EGHS alum) Allen Gammons, who received the Support Award. Town Clerk and 2019 inductee Leigh Carney presented proclamations from the Town Council for each of the honorees.

According to the Wall of Honor board, it is not a Hall of Fame, though there are some members who would be in any Hall of Fame if that were the object. It honors people who have gone on to success in life and can serve as a model and inspiration for current students. The committee tries to include people from various occupations, walks of life and volunteer activities. Value is placed on teachers, first responders and service people along with those mentioned above.

We had some technical difficulties the night of the induction. The video of Phil Garvey’s speech, below, is incomplete. Apologies.

The video of Felicia Revens’s speech, below, was cut off before the end due to technical difficulties. Apologies!

The video of Michael Dacey’s speech, below, was cut off before the end due to technical difficulties. Apologies! 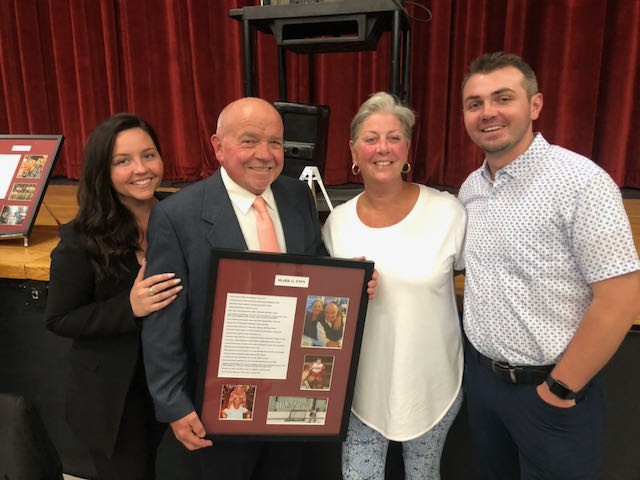 Mark Finn with his wife Carole, their son Conner and daughter Taylor. The Pescosolido family poses after the induction ceremony. 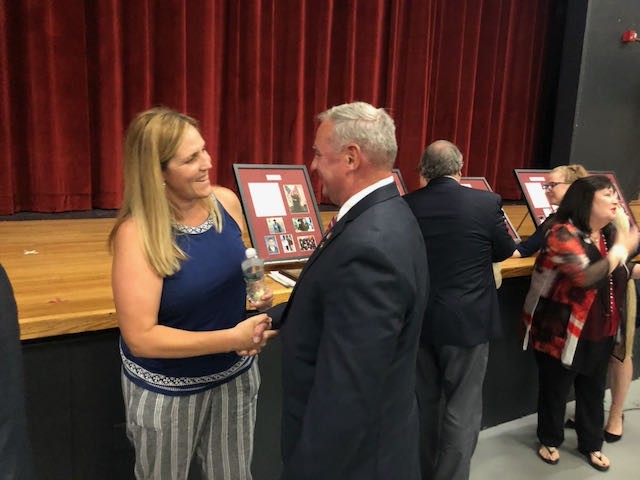 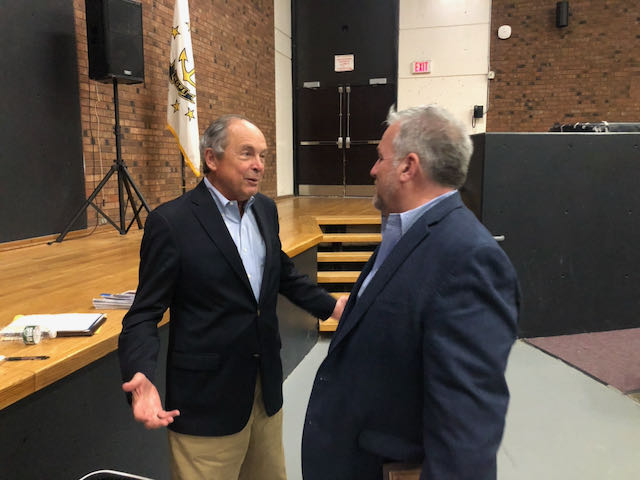 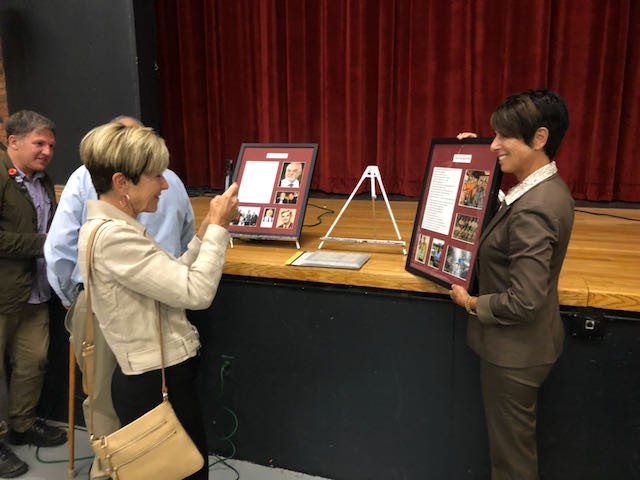 2021 inductee Felicia Revens poses with her plaque as her wife, Nancy Waterman, snaps a picture. 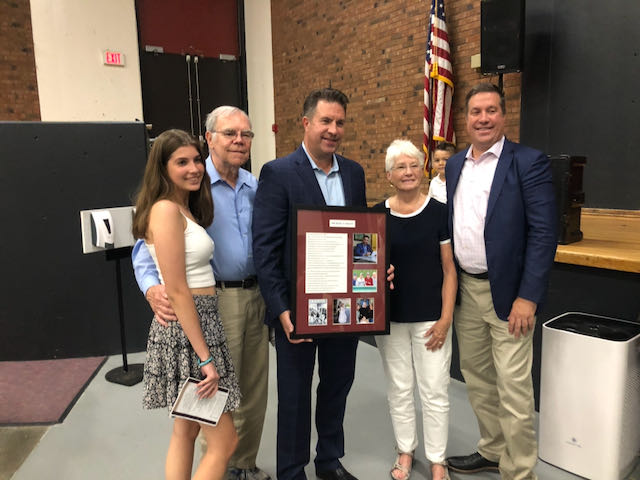