EGHS Wall of Honor Ceremony to Induct 5 on April 15 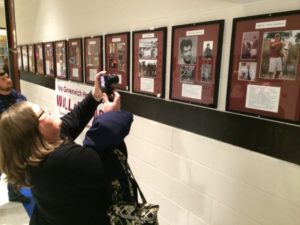 The Class of 2015 for the East Greenwich High School Wall of Honor will be feted in a ceremony to be held at the high school on Wednesday evening, April 15, at 6 p.m. Five graduates will be inducted that night, including

You can read more about the honorees here.

Also, that night, Steve and Christine Bartlett, long-time volunteers in the town of East Greenwich, will be honored with Appreciation Awards.

After the awards ceremony, there will be a libation in the school cafeteria. The East Greenwich HS Wall of Honor is sponsored by  Prudential Gammons Realty.

All former inductees of this award are encouraged to attend this evening along with relatives and friends of the honorees and and others who hold interest in small town happenings of this type.