Five more outstanding East Greenwich High School graduates of yore will join those already enshrined when the EGHS Wall of Honor convenes Wednesday evening, April 10, at 6 p.m. in the EGHS Auditorium to induct this year’s class of luminaries. The nurse is Barbara Baker LaPlume, 1947 graduate, who was an outstanding student and athlete in high school. She then graduated from the R.I. School of Nursing and was hired by Kent County Hospital. She joined the hospital’s administrative team and was named the director of admitting, a title she held for 38 years. She was in the vanguard of setting up many programs at the hospital including pre-admission testing and the first computer system. In addition to her duties at Kent, Barbara also found time to volunteer. She is a member of the Narragansett Bay Quilters Association, chaired a fundraiser for the EG Historic Preservation Society, knitted hundreds of hats for the homeless, and sang in the Hospital Choir. Dr. Herbert Brennan, “Hub” to his friends, grew up in East Greenwich and served for many years as a volunteer fireman. After Providence College he attended medical school at the Chicago College of Osteopathic Medicine, where he was class president, won the Dean’s Commendation Award and was a member of Sigma Sigma Phi Honor Society. After doing his residency at Brown he set up a medical practice in EG in 1995 and is a devoted community oriented physician with 25 years experience. He serves on five medical boards and is heavily involved with civic and public involvement in governance, and an advocate for the delivery of quality affordable health care in Rhode Island. Leigh Carney was an outstanding student-athlete at EG. She was on volleyball and cheerleading squads and ranked 43 of 191 graduates. She participated in many beauty pageants throughout Rhode Island and New England. After she rose to executive assistant in the business world she was hired as the EA to the town manager here in East Greenwich. Since then she has earned her certified Municipal Clerk designation and is working towards Master Municipal. Currently the president of New England Association of Clerks, Leigh also finds time to work on a karate black belt, run in road races, and volunteer to raise money for several local organizations. She has also organized the town’s Memorial Day and Veterans Day parades for the past several years. Tom Wort was only in EG for a short time, but credits the school, his teachers and especially his coaches for helping him to develop in such a manner that he rose to the highest levels of intercollegiate athletics and even got a shot at pro football. He was an All Stater here, and then in Texas. He was a four-year starter at the University of Oklahoma and was drafted as a free agent by the Tennessee Titans. He went to Italy and played pro football for the Milan Rhinos. He gave back to his adopted state by returning and giving his time to young football players at the R.I. Football Academy. 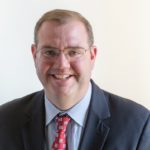 Aaron Guckian has just about done it all. An athlete AND an opera singer, a top aide to R.I.’s governor and a bank manager. He is on the all time basketball records list at Connecticut College and was an artist in residence at the National Opera Company in North Carolina. Aaron served briefly as a teacher in North Kingstown and also served on several boards locally before becoming the director of advance for Governor Don Carcieri (also an EGHS WOH inductee). From politics Mr. Guckian went into the banking world and has held several important positions for Washington Trust Company. He currently works in the Development Office for the Rhode Island Foundation. 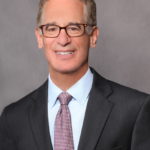 Along with the 2019 Wall of Honor Inductees, the Wall committee will honor Mark Schwager, an M.D., with its Special Recognition Award. Schwager, in 24 years here, has been tremendously involved in the town, serving on the Town Council, Planning Board, Municipal Land Trust and as a Fire Commissioner. He has been involved in several building projects in the town, including New England Tech, Swift Community Center, the Police Station, Cole Middle School, Scalloptown Park, school athletic fields and Briggs-Boesch Farm. Dr. Schwager is a board-certified physician in the area of geriatrics, primary care and preventive medicine. He serves on the Roger Williams University clinical teaching faculty.

The sponsor of the East Greenwich High School Wall of Honor is Britt Gammons of Berkshire-Hathaway Gammons Realty. An EGHS graduate himself, the successful East Greenwich businessman has been sponsoring The Wall for the last eight years or so.

For more information and details call Robert Houghtaling at 230-2246 or Bruce Mastracchio at 885-3160. The event is open to all and is followed by a free collation in the school cafeteria.