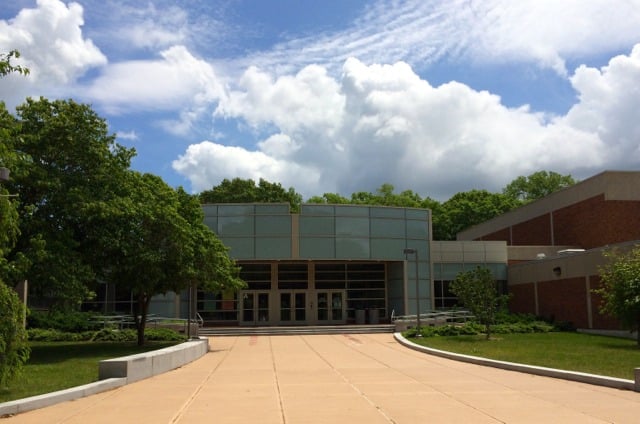 Do you remember what you did in your final semester of high school?

I’m sure you do. Maybe it was the class field trip to Six Flags, when you braved both your stomach and long lines to ride on Bizarro. Perhaps it was the day you hit a game-winning three-pointer in the state basketball championship. Or when you finally asked that girl to prom.

It might not have been any of those things. But more likely than not, you made lasting memories during your second semester. It was probably a time where you felt free – like you were in a little bubble of time, a reprieve from past responsibilities and future uncertainties.

“I have finally found a way to prioritize fun times and happiness just as much as hard work,” said EGHS second-semester senior Sophie Johnson.

Sadly, this year’s batch of seniors, including myself, won’t be making those types of memories. COVID-19, the coronavirus pandemic gripping the nation and the world, has blazed a trail of cancellations. From the boys hockey team’s first championship appearance since 2008 to the state’s annual Science Olympiad, we EG seniors are losing our last chances to compete in the sports and extracurriculars that we love.

One cancellation struck many EG seniors to the core, especially those who crave the spotlight. The school’s annual Talent Show was canceled a mere two hours before opening night.

“I was really looking forward to talent show,” said Matt Tactacan, a core member of EGHS’s drama program. “That was the biggest hit, I think, since we had spent the whole week at school until it got dark.”

“I’ve sung in the school talent show every year since first grade,” added Johnson. “This year’s talent show was going to be a very emotional culmination of all the hard work I’ve put in with my classmates to sing and perform over the years.”

Among these cancellations was a wave of postponements, which have especially impacted the spring sports season. Currently, it remains unclear when or if the season will take place.

“I was really looking forward to playing tennis,” said senior Alan Zhang. “We won last year and this would have been my final run.”

Personally, I was really looking forward to the spring Ultimate Frisbee season. Having only picked up the sport last year, I fell in love with the quick style of play. Unfortunately, it doesn’t look like I’ll have either the spring or summer to continue my growth in that sport. 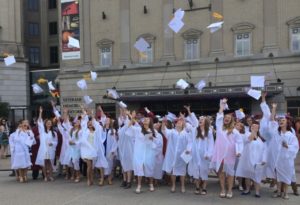 Graduation for the Class of 2020 will probably look a lot different than in previous years.

With the increasing number of cases across the U.S and the world, even far-off events like prom and graduation appear unlikely to be held – something that, I, personally, am incredibly disappointed about. Having my graduation on Roblox just wouldn’t be the same.

“Unlike the classes that came before mine, we might not be able to partake in the excitement of senior week, dance away at our last prom, or walk across the stage in front of our families to receive the diploma we’ve all been working for since kindergarten,” said EGHS Senior Maleela Hong. “I didn’t realize how much those milestones, moments, and people meant to me until they were gone.”

Despite the havoc that COVID-19 has wreaked on our lives, most of us still support the concept of social distancing, even if that means not being able to meet our friends.

“If someone tells you that you are ‘overreacting’ or ‘panicking’ about the situation, tell them that you lead a life that adheres to an ethics of precaution for others,” said Hong.

“I think that COVID-19 should definitely be taken seriously and I appreciate our state’s action in flattening the curve,” added Johnson. “The best thing we can do is just stay healthy, stay safe, and stay inside.”

Other seniors wondered about the financial or geopolitical ramifications created by the virus.

“People living paycheck to paycheck will not make it through this unscathed without help from the government,” said Tactacan. “[Also,] I think that it’s important to not forget the mistakes that were made by governments around the world. Events such as the silencing or firing of doctors or the downplaying of incidents, such as was seen in both China and the United States, will become known as one of the biggest mistakes of our generation.”

“I wonder if financial aid [for college] can be renegotiated since the value of many people’s assets have dropped significantly,” said EGHS Senior Brant Wei.

Finally, when I asked what we should keep in mind during this crisis, my fellow seniors responded with thoughtfulness and compassion.

“Seniors should remember that no matter what happens in the coming months, life will resume,” said Zhang. “It’ll just be a little rocky for now.”

“Follow the precautions, be smart. Help one another, love each other. Stay positive, and stay safe,” said Hong.

“Physical and mental health are the absolute priority,” emphasized Johnson. “It is not the end of the world. We just have to support each other.”

Suraj Sait, valedictorian for the EGHS Class of 2020, reports for East Greenwich News.