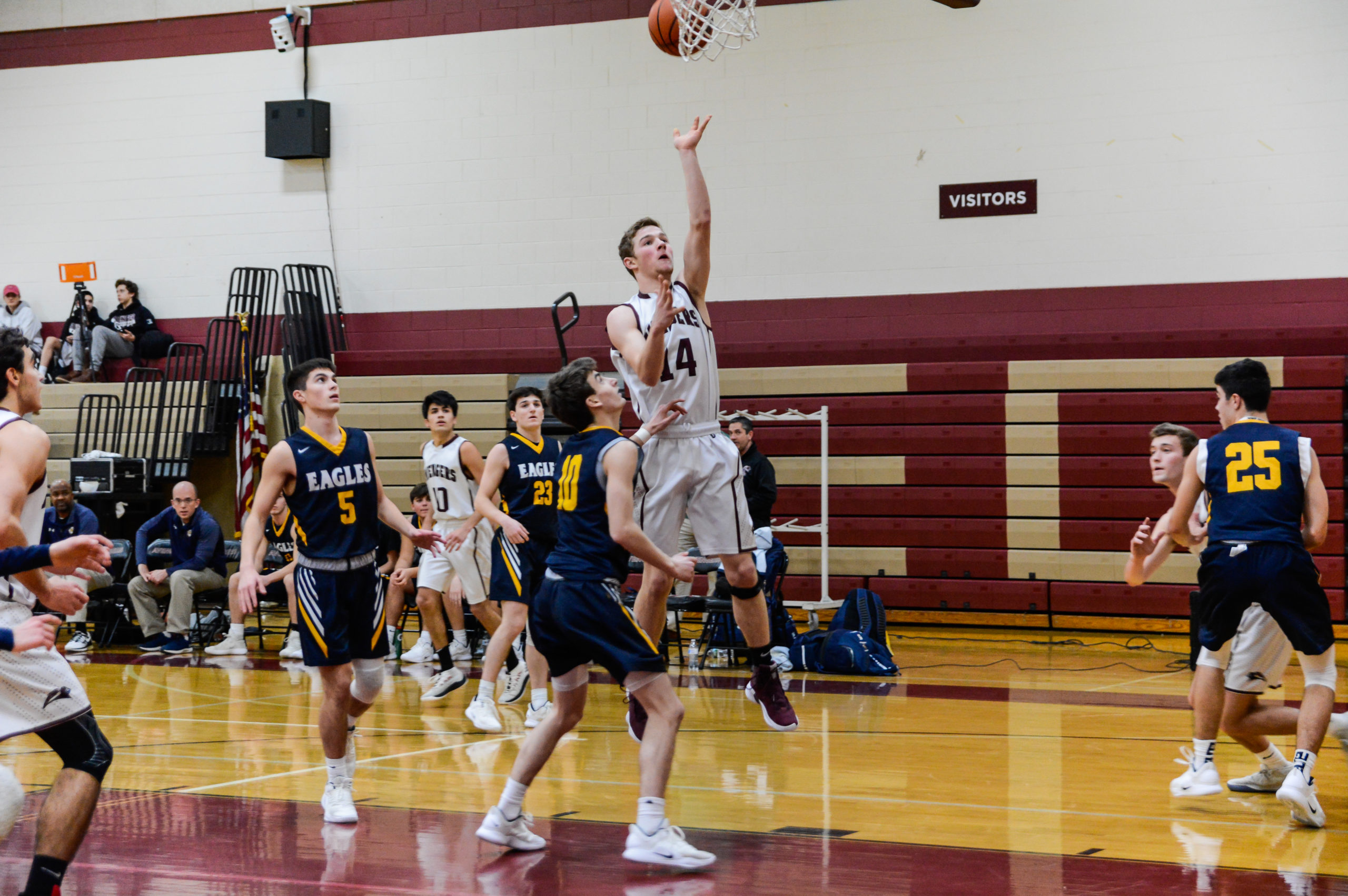 Above: EG forward Andrew Plympton (#14) goes up for a layup, leaving Barrington’s Ryan Bonneau (#10) behind.

Photos and story by Chuck Nadeau

The Avengers got off to a slow start Wednesday night (1/23/19), turning over the ball to the Barrington Eagles several times in the first few minutes. The Eagles scored the first 6 points before EG scored on a three pointer.

For the next few minutes neither team could score from inside so they both sat outside the three-point line and seemed to start a competition. It rained three pointers with both teams answering each other one after another. The fans on both sides were on their feet yelling for their team to keep it up until the teams cooled off. The rest of the half calmed down and at the end the Eagles were up by 6 at 42 to 36.

The second half saw both teams working the ball inside, scoring thanks to strong passing. But the Avengers made to many turnovers and their outside shooting started to leave them. The Eagles started to click and in the end they beat the Avengers by a score of 84 to 63.

Before the game, Coach Don Bowen and members of the 2017-18 Avengers boys basketball team received a sportsmanship award from the local chapter of the International Association of Approved Basketball Officials. Read more about the award here.

Jack McMullen (#2) drives for the net as Benjamin Batting (#15) sets up for a block.

Jack McMullen (#2) makes a bounce pass behind an off guard guard (pun intended) Benjamin Batting (#15) to (#3) Patrick Shea, who makes an easy off the board 2 points.

0093:  Jack McMullen #2 makes a bounce pass behind an off guard guard (pun intended) Benjamin Batting #15 to #3 Patrick Shea who makes an easy off the board 2 points.