It’s possible you have seen them or even used them at some point, but you might not own a pair. Virtual reality (VR) headsets have spiked in popularity ever since modern prototypes were first displayed to the public less than a decade ago. Though you may think VR headsets are just for fun, little do you know that their usefulness is being transferred over to the classroom.

Imagine sitting in class, daydreaming as the teacher lectures on and on about material you don’t have any interest in. Now imagine yourself in the same scenario but instead of daydreaming, you’re seeing the place your teacher is talking about as if you are actually there. A place that is thousands of miles away from your real location. The latter scenario will soon become a reality for humanities students at East Greenwich High School.

The East Greenwich Education Foundation (EGEF) has chosen to fund Tim Kenney and East Greenwich High School’s grant proposal for 30 VR headsets to use in humanities courses. This is just one of the thirteen grant proposals funded by EGEF this year, selected from a total of 24 applications.

“This year was so challenging. It was so exciting to see all these great proposals. It was tough this year to narrow them down,” said Christine Dembinski, a member of the EGEF grants committee. 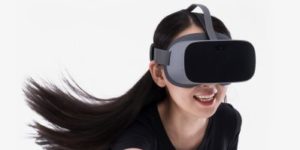 Tim Kenney at EGHS is hoping the VR headsets boost interest in the humanities by putting students in a setting that closely resembles what they are learning about. “Discussion of the Globe Theater, or the streets of Paris, or the beaches of Normandy is one thing. Having [students] be there virtually will add another level of depth to the lesson,” said Kenney. The goal of EGEF’s grants is to fund projects like virtual reality; projects that are innovative, creative and sustainable.

Many of the grants this year have a major social/emotional learning component to them. Kara Ratigan, a fourth grade teacher at Eldredge Elementary School, believes social and emotional learning is equally important to learning just class material. The children are going to be vital members of society someday, and socialization is key, Ratigan said. A problem she believes needs addressing is the screen time situation. While cell phones are not allowed in the classroom, Ratigan thinks that students are probably using their phones too often at home, when they’re supposed to be doing homework or going to bed. But, the use of technology in the classroom has benefitted students tremendously over the years. The Chromebooks at Eldredge that students use every day came from an EGEF grant.

Another grant provided to Ratigan a few years back was for a classroom remodeling. She took all the regular desks out and replaced them, with the help of her son who is an artist, with rolling wooden boxes that are hollow on the inside, for students to keep their materials. This allows for a lot more space in the room for students to get around easily when working with their peers. It makes the learning experience more engaging to students which, according to EGEF, is exactly the purpose in funding innovative projects like these. 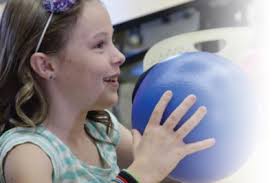 The grant proposal Ratigan submitted this year was for voice-activated Q-balls. These are foam balls with an amplifier inside that when tossed and caught by a student, the amplifier turns on and the student’s voice can be heard through the classroom’s speaker system. For many years Ratigan has used a ball that she tosses to students so they can speak.

“One of the things I worried about when I even tossed a ball in the room to call on students is that kids wouldn’t want to catch the ball. Maybe I’m not as coordinated as you are. Or maybe I don’t want to read out loud. But I found the opposite. So, when you bring a ball out, more hands go up,” said Ratigan.

She hopes the Q-ball will make this technique even more effective. Students who are shy often don’t want to answer for the whole class or share their ups and downs, which the class does at least once a week. And for “kids who are a little reluctant to read, they’ll be more encouraged to do so” with the Q-ball, said Ratigan.

Ratigan raised an important question: “What is the future of our classrooms?”

Without organizations like EGEF, there wouldn’t be any room for educators to innovate and adapt with societal changes. “That’s what East Greenwich Education Foundation provides. That innovative space. It’s for the kids and you want them to be excited to learn and that’s what they allow us to do.”

EGEF holds several events per year, like the annual fall fundraiser and the annual Beach Ball that will take place this summer at the Dunes Club in Narragansett on Friday, June 7, as well as other events aimed at community building. One such event was held this past December when the EGEF held dinner at a local restaurant, inviting the community to meet the teachers and projects their funding has gone to. The purpose? According to EGEF’s Jim Armstrong,“This drives interest from the public as they can see for themselves the impact created by their support.”

United CrossFit: Bridging the Gap Between Seasons (Cole, 6th-8th) Provides equipment for Unified Sports athletes to train and spend extracurricular time together during the off-season through cross fit stations and activities.

Digiscoping (EGHS, 10th) Allows 10th grade students to view and study wildlife from a distance via a spotting scope that zooms and records images with a digital camera.

Have a Voice: Q-Balls (Eldredge, 3rd-5th) Technological balls that when caught, activates a microphone system to amplify a student’s voice. One per grade level.

Bringing Coding to Life (Eldredge, 3rd) Funds 12 Evo-bots, which follow both drawn and computer-generated codes, along with OzoBlockly program, EduApp and STEAM lessons to use with the Evo-bots.

Sphero Coding (Hanaford, 5th) App-enabled robots to be coded with existing Chromebooks. Funds a total of 30 Sphero robots to initially be used in one 5th grade classroom; then spread to the entire grade.

Full “STEAM” Ahead (Frenchtown, K) STEAM center materials to be used in all K classrooms. Consists of large array of STEAM materials and books that will be used to introduce weekly STEAM centers.

Creative Collaboration for a 21st Century Learner in our Library (Meadowbrook, PreK-2nd) Funds white board collaborative tables for the school library to be used during library classes, PBIS assemblies and more.

Peace Corners (Frenchtown/Meadowbrook, PreK-2nd) A classroom safe space where students can go to help self-regulate and express their emotional state. Creates common SEL practice and environment across the district.