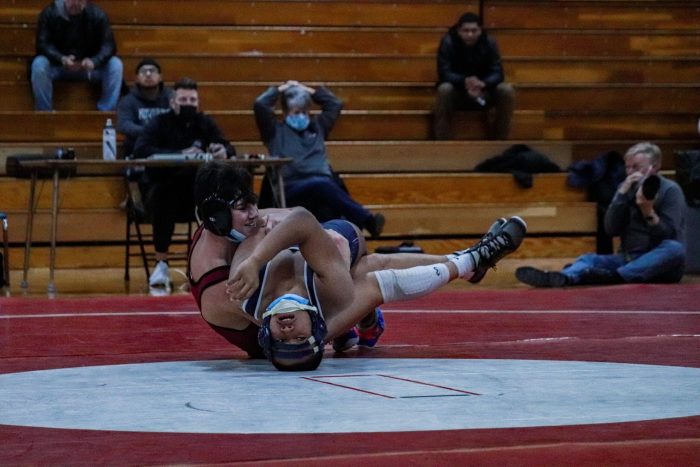 Above: Trenton Baccari (160 lb.) against Westerly in the first period Feb. 15. Photos by Brady Watson, a senior at EGHS.

Wrestling is one of those sports where having someone to wrestle in each weight class can be key to a strong season. As a smaller school, East Greenwich has struggled with that over the years, but this year they have eight wrestlers filling eight weight cases. To give some perspective, in the meet against Westerly on Tuesday (Feb. 15), East Greenwich won three matches by forfeit. EG only dropped one match during the meet against Westerly and won the rest by pinning their opponent (or forfeit).

EG is lucky to have some strong wrestlers, including the team’s two seniors Michael Jarrell (220 lb.) and Trenton Baccari (160 lb.). The Jarrell name will be familiar to anyone who’s followed wrestling even from a distance over the past several years. Michael is the youngest of the Jarrell wrestlers, which at EGHS included Stephen, Eben and Nathaneel. Stephen and Ebed remain involved in the sport through their Warwick wrestling and judo gym Iron Faith.

Michael Jarrell took first at sectionals. Teammate Baccari placed second. Both will be going to states on Saturday (Feb. 25), along with freshman Thomas Slater, who placed first in the freshman state tournament Feb. 12, then took second in sectionals on Saturday. Slater, who wrestles at 106 lb., is no stranger to the podium – he won states every year as a middle schooler.

Including Slater, there are five freshmen on the Avenger team this year, which bodes well for the sport. Best of luck to Michael, Trenton and Thomas at states! 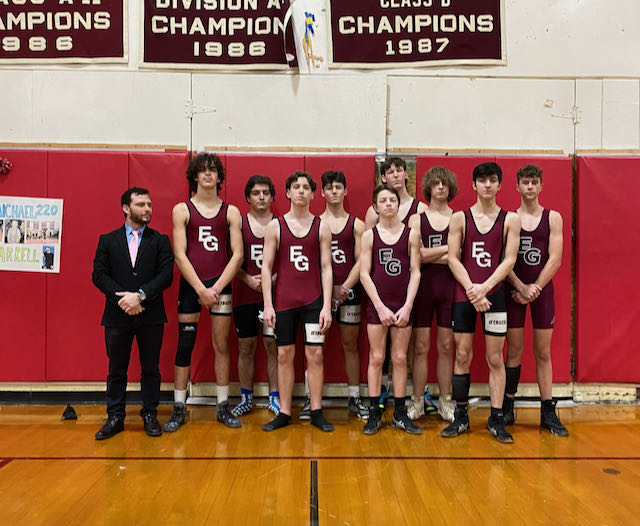 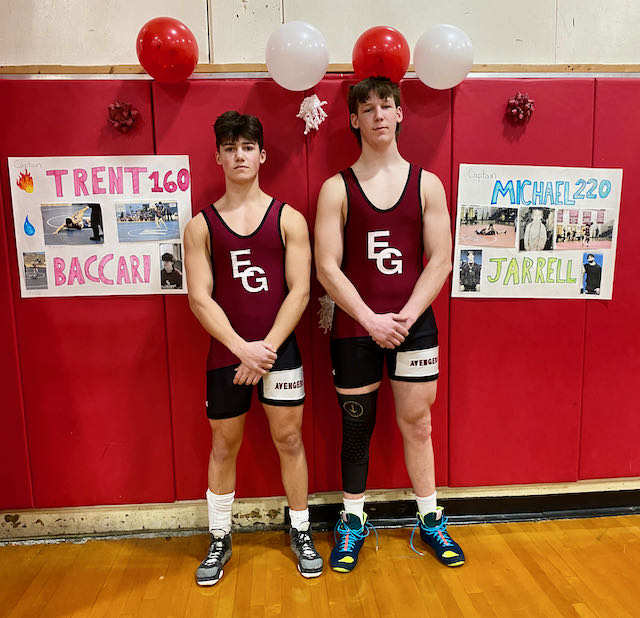 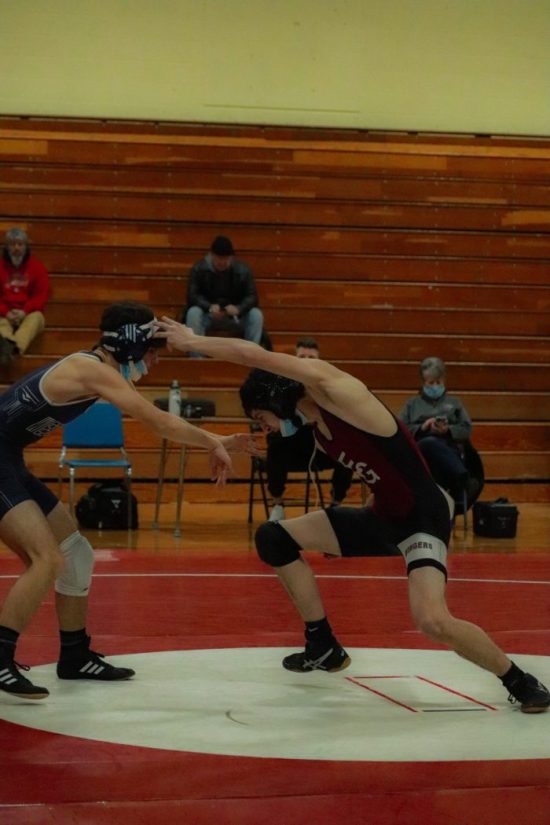 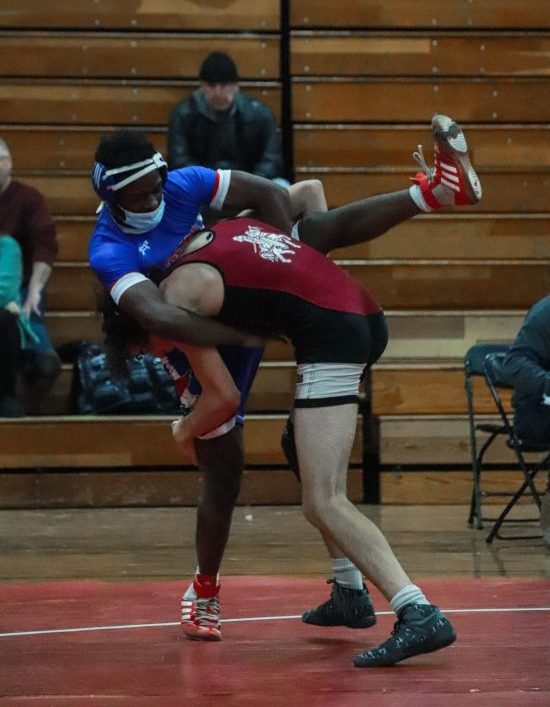 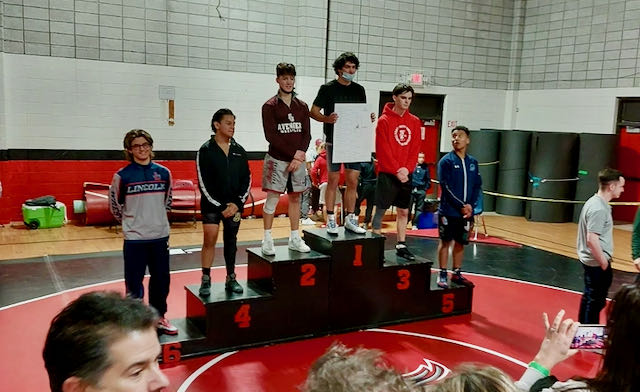 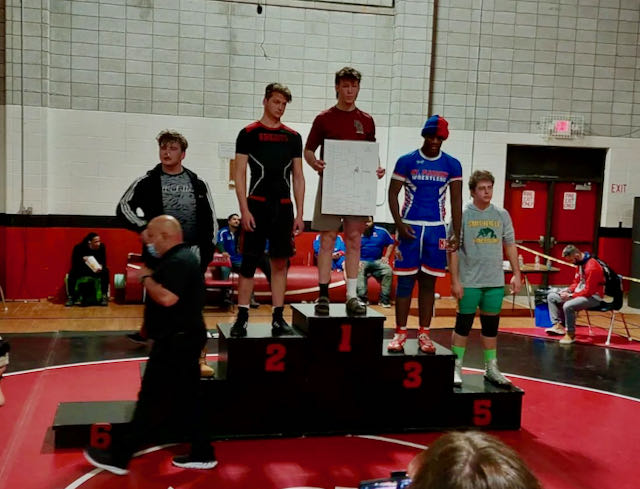 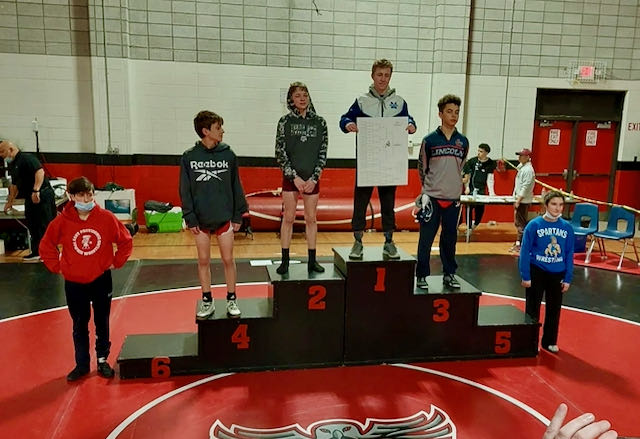