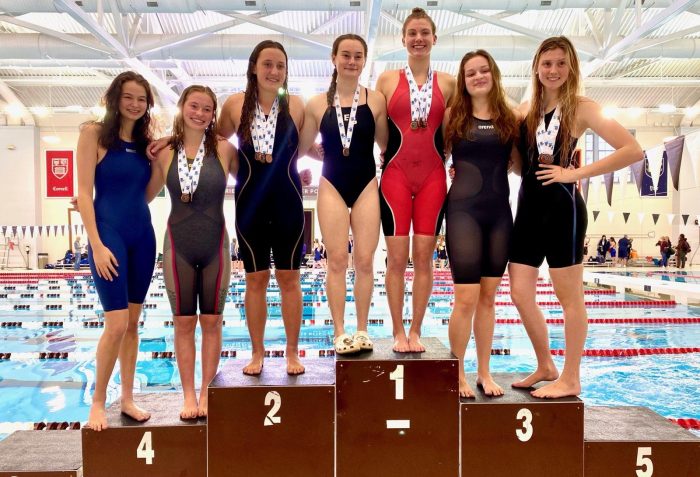 Swimmers were able to swim against their competitors in person this past season, a welcome change from the COVID-forced virtual meets of last year.

“It was great to be back to regular meets this year,” said Coach Gina Hand. “To be back at dual meets and a real divisional meet and states … there was really good energy at all of those meets. Our dual meets were on Fridays – we had such a good turnout.”

“The girls took fifth, which was not anything we expected,” said Hand, “ahead of Classical and Lincoln, both of which beat us in the regular season.” She added that all seven swimmers who qualified for states scored points for the team. Junior Megan Huntley placed first in the 100 freestyle and fourth in the 200 free. “She had a great time in the 200 but other girls were right with her.”

In the Division 2 finals two weeks ago, EG Girls took second (behind Classical). The team had been in the D1 final just last year (losing by a hair to Barrington) but in the reordering between seasons, EG was dropped to D2, and because the team lost a raft of strong seniors last year, Hand said, “It turned out, D2 was where the girls should have been.”

She said the two senior captains Kling and Pinkes provided “incredible leadership.” Both are club swimmers, which means they swim year round. Swimming for school and club can be a tough balancing act but Kling committee to not miss a school team practice and stuck to it. Pinkes was back swimming after not swimming last year and only a little the year before.

One reason for the new division was because the EG Boys team – school teams need to swim in the same division regardless of differences in ability. The EG Boys had struggled in D1, failing to win any meets in recent years (EGHS loses a lot of year round boys swimmers to private schools). This season the Boys team won two of its meets, a welcome change.

Hand had coaching help from her son, David Evans, as assistant coach, as well as former EGHS swimmer Ilya Smith who volunteered on the deck and Katie Evans (Hand’s daughter) also volunteered.

Some other highlights from States:

Megan Huntley placed 1st in 100 free (breaking her own school record) and 4th place in the 200 free.

Congratulations, swimmers! Some photos below.

Editor’s note: We would love to carry more swim coverage next year. If you have a child who will be swimming next year, please consider providing a story or two. Nothing fancy and help is available! If interested, send an email to [email protected] 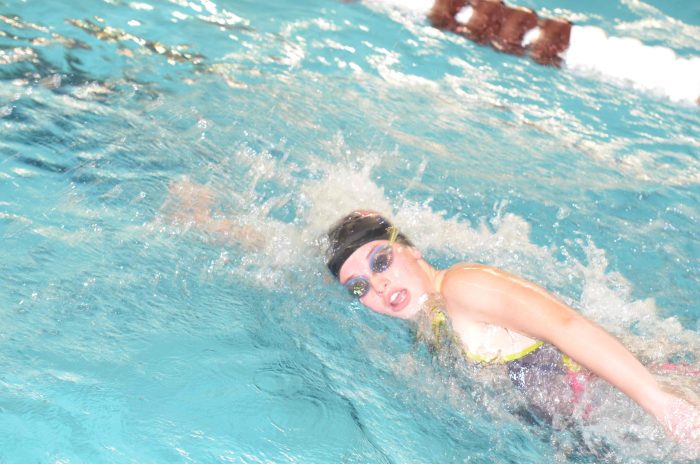 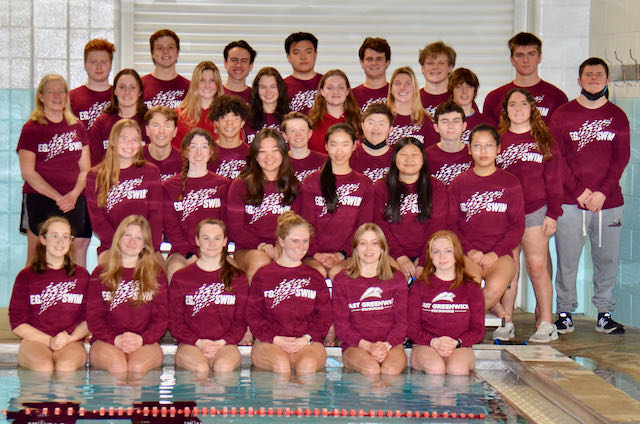 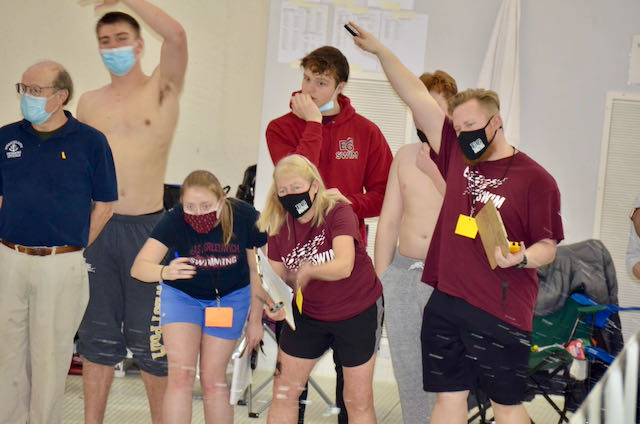 Coach Gina Hand, center, and other coaches and swimmers cheer on a teammate. 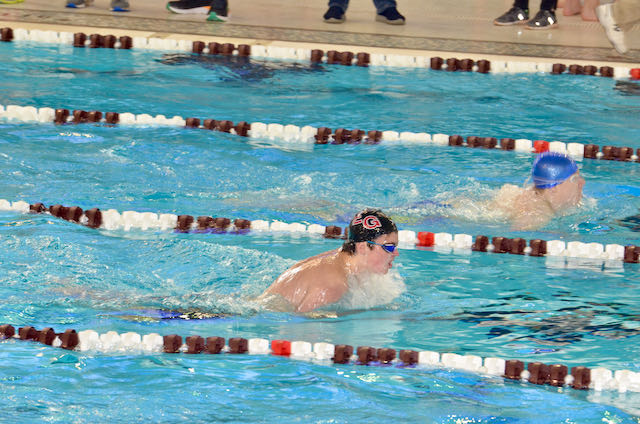