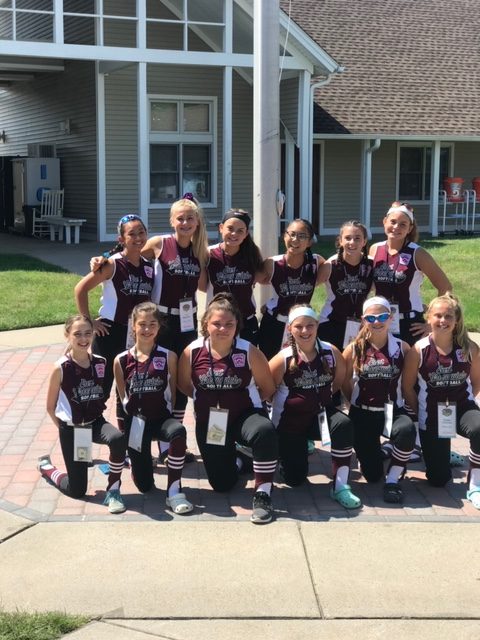 The EG Girls Softball team’s bid for the regional championship and a trip to the World Series ended Wednesday, with a 9-4 loss to New Jersey in Bristol, Conn. East Greenwich had lost to New Jersey in their first game of the tournament, then went on to win the next three games.

In their rematch Wednesday, New Jersey jumped out in front in the first inning. Through four singles, two walks, and strategic base-running, the New Jersey team piled on 7 runs. 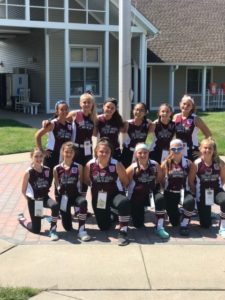 The EG girls attempted to respond in the first, but could only muster two runs. The first from Ava Fairbanks on a wild pitch, and the second from an RBI single by Cat Neville that brought Brooke Fairbanks home.

Rhode Island then held off New Jersey for two innings, forcing multiple ground-outs to keep the score at 7-2.

At Rhode Island’s next at-bat, both Margaret Neville and Brooke Fairbanks hit singles, bringing both baserunners and hope to the Rhode Island side. Neville eventually stole home, bringing the score to 7-3.

However, New Jersey tacked on a couple of runs in the top of the fifth, a single and a triple driving the score to 9-3.

The EG girls then scored another run in response, when a ground-out by Margaret Neville brought Sachi Chan home.

At 9-4, a comeback was still possible. The EG girls staved off the New Jersey side in the bottom of the sixth, but could not translate their defensive performance into offensive output. They were retired in three at-bats, a line out and two ground-outs ending the game and their World Series bid.

Despite the loss, this bid still represents the farthest any East Greenwich U-12 Softball Team has ever gone.

“I’m very proud of them,” said Coach Fairbanks. This is “probably something that EG won’t do again for 50 years. They are hometown heroes.”

Suraj Sait, a rising senior at EGHS, is an intern at EG News and has been covering the Girls Softball team’s tournament play.