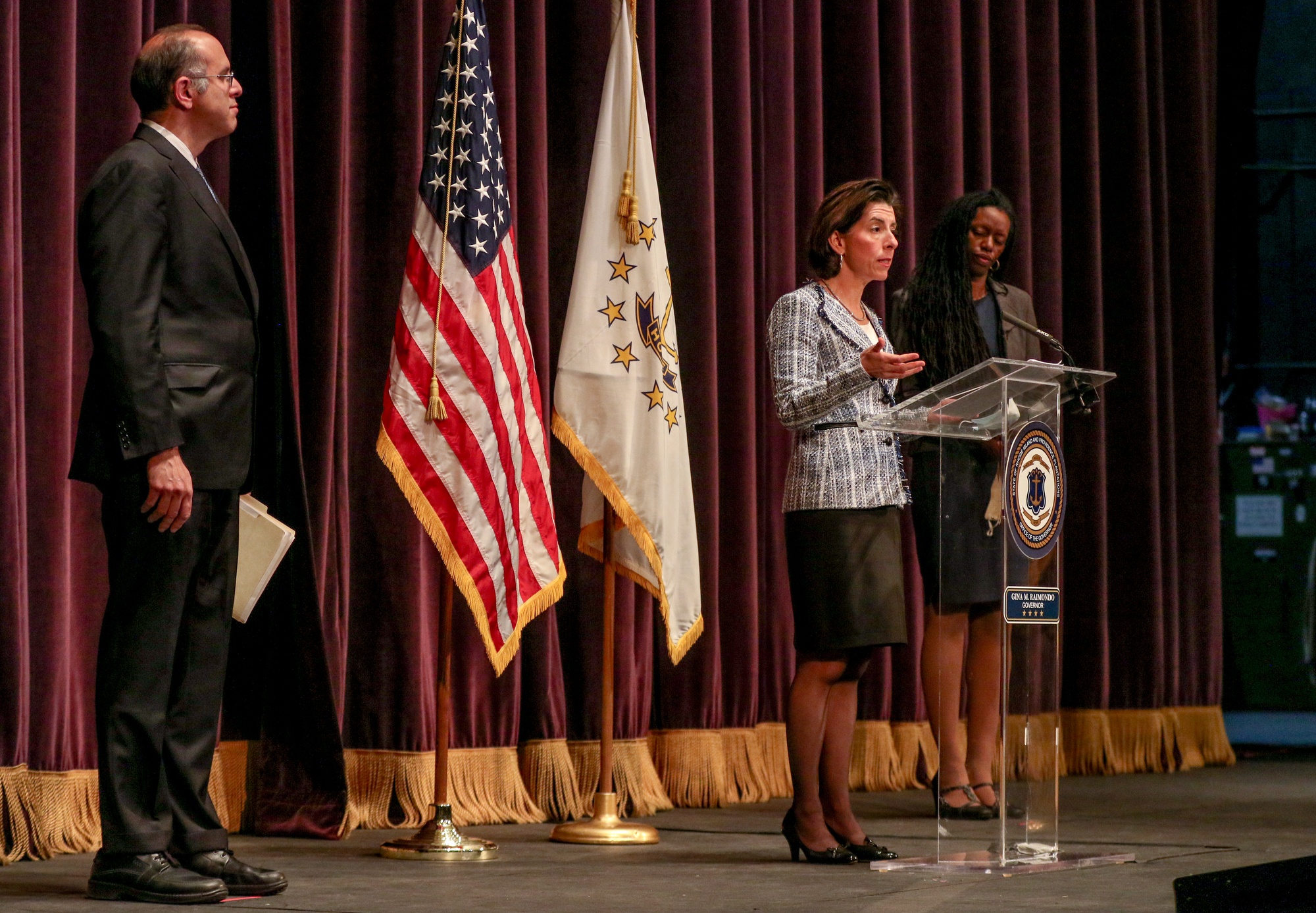 The number of positive tests ticked up Wednesday to 221 but the number of people in the hospital as well as those needing intensive care continued to drop, to 269 and 68 respectively. Of those in the ICU, 48 were on ventilators. Find all the Department of Health data HERE.

Small East Greenwich ranks big on testing, according to data from the state Department of Health. So far, 897 EG residents have been tested for COVID-19. Out of a population of 13,073, that’s 7 percent, putting East Greenwich ninth out of the state’s 37 cities and towns in terms of the number of tests completed.

The important percentage is how many of the tests are coming back positive. Gov. Gina Raimondo said Wednesday you want that percentage to be below 10 percent. Central Falls, which leads in per capita testing in the state, has a whopping 27 percent positive rate. Out of a population of 19,382, 668 people have tested positive for the coronavirus.

East Greenwich shares the 7 percent positive rate with four other suburban towns: Coventry, Glocester, Narragansett and Richmond. (You can find all that information on DOH’s data dashboard HERE – just scroll down.)

Rhode Island in general has been testing way above its weight, so to speak. It ranks number one in terms of per capita testing. You can see how every state is doing on testing HERE (from Squark).

At the Wednesday press conference, Raimondo announced the state will offer small business (those with 50 or fewer employees) a one-month’s supply of surgical masks and disinfecting supplies to help them reopen. Business owners can apply for those starting Monday on the Dept. of Commerce website HERE.

The governor also said Microsoft donated 500 computers to the state for businesses with 25 or fewer employees to help them sell their products online and/or allow employees to work from home. Applications are due by May 26 – find the application HERE. The commerceri.com website can also help businesses get tech support.

Microsoft donated another 500 laptops to be given to school districts with families in need and to Rhode Island College, for students in need there.

Raimondo also announced  they’ve added two more Stop & Shop markets to the first four where people notified by the health department can go for general population testing. Last week, 5,000 letters were sent out by DOH to Rhode Island residents at random, to be able to get a sense of the rate of silent infection. There will be two tests administered: the diagnostic test looking for active illness and a newer serology test looking for COVID-19 antibodies. Those who received the letter do not have to take the tests, but Raimondo said she hoped people would.

“We are going to be living with this virus until there is a vaccine. Best guess is sometime early next year – March or April,” she said. “I can’t control that, but we can have the systems in place.”

Testing people at random is part of that plan.