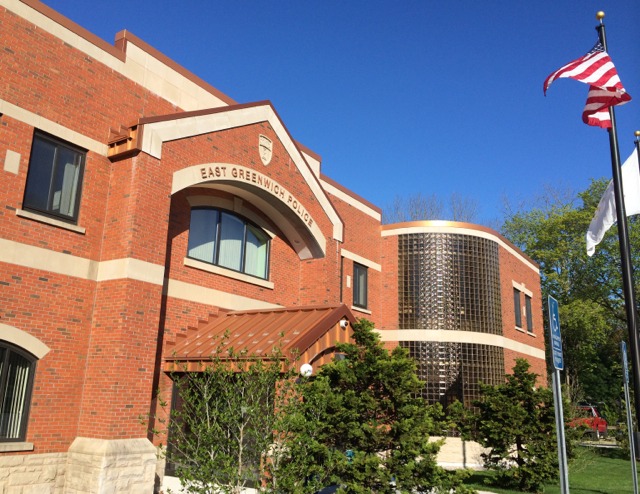 1:50 p.m. – The animal control officer was called to a parking lot on South County Trail after a report of a dog left in a car. When the officer arrived, the air temperature was 87 degrees. The car’s windows were cracked “about three inches” and inside the car the small dog was panting heavily. The driver, from Fall River, Mass., was cited.

2:50 p.m. – Called to New England Clam on Water Street on the report of a disturbance, police found three women who had gotten in an argument after one woman asked one of the other women for a cigarette and was denied. It was a verbal fight only, according to police.

6:30 p.m. – An East Greenwich resident told police she was getting messages from a man she’d broken up with the previous month despite asking him to stop contacting her. The man had left messages like, “I will marry you,” and I’m not giving up,” and “I won’t let this relationship end.” Earlier this day, the woman’s sister saw the man pull up in front of their house. When the woman sent him a message to leave, he did, but then was seen driving by several more times. Police contacted the man, who said he wasn’t breaking any laws and that he wasn’t going to stop. Based on that, the woman asked for an emergency restraining order, which a judge refused to grant. Instead, police filed a No Trespass order, which the man refused to sign.

5:15 p.m. – Police arrested a Providence woman, 24, on a 3rd District Court bench warrant and for driving with a suspended license after she was involved in a car accident on Division Street at Howland Drive. Routine checks turned up the suspended license and the warrant. She was taken into custody, processed and later released after being arraigned by a justice of the peace.

3:35 p.m. – Police were called to Main Street near Citizens Bank on a report of a woman walking barefoot down the middle of the street. When police questioned her, the woman screamed, “I answer to only one person,” and dropped to her knees, looking upward. Then she got up and continued walking down the street. Police got her to move to the sidewalk, but then the woman began screaming obscenities and making irrational statements. EGFD rescue was called. The woman tried to leave but was restrained and taken to Kent Hospital without further incident.