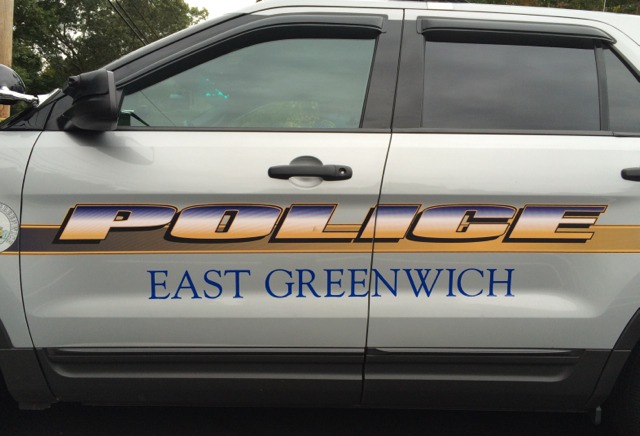 9:03 p.m. – Police arrested an EG man, 42, for simple assault and disorderly conduct after he allegedly threatened two men on Queen Street and then punched one of them. According to the report, the man said the two men were walking down the street looking at vehicles parked there and he thought they were planning to break into the vehicles. He said he approached them, saying “If I catch you breaking into vehicles again, I’ll knock your teeth out.” When one of the men put his hands up in front of his face in a protective manner, the EG man punched him on the theory he did not want to be hit, so he hit. The other man fled and called 911. The man who was punched refused treatment but said he wished to press charges. The EG man was taken into custody, processed at the station and released with a 3rd District Court summons.

9:22 p.m. – An EG woman told police she had received multiple threatening phone calls that day from someone against whom in the past she had a no-contact order because of a domestic assault. The caller used a blocked phone number. He told the woman he would “break” her car, hurt her and break her windows. She also received a threatening text message earlier in the day from a number she didn’t recognize. She wanted the incidents documented.

10:19 p.m. – Police arrested an EG man, 20, for domestic disorderly conduct and domestic vandalism after allegedly damaged thermostats at his parents’ house and drove a snowmobile out of the garage into the street, overturning it. According to the report, the man got angry because his parents had installed lock boxes over the thermostats in the house to keep the man from turning the heat up to 80 degrees, a habit of his. The man broke the plastic boxes and damaged the thermostats and then went to the garage to get the ATV. The man originally ran when police drove up, but returned to the house while police were there. Police found him hiding under a pile of clothes in a closet. He was taken into custody, processed at the station and held for court in the morning.

8:18 a.m. – A Clemente Drive resident told police someone broke into his storage trailer while it was parked in his driveway and several tools were missing. The items included 4 demo/skill saws, 12 nail guns, 8 cordless drills and a 2,200 watt generator. He said the trailer had been secure when he had returned home at around 10 p.m. the night before.

10:56 a.m. – Police arrested a Newport man, 28, for driving with a suspended license after he was stopped for speeding on Route 4 south by exit 7. The man was given a court summons and told to report to EGPD for processing before his court date. He was also given a speeding ticket. His passenger, who had a valid license, was allowed to drive the car from the scene.

5:36 p.m. – An Edward Road resident told police someone took a number of tools from his pickup truck sometime overnight. Among the items missing were a cordless tool combination kit, a torch and torch head, a hammer drill, and a Testo test kit. The truck had been locked, as had the utility bed but the resident said the lock would open if pulled hard enough. [Ed. note: Edward Road connects to Clemente Drive.]

11:25 a.m. – Police arrested a Kingston man, 20, for driving with a suspended license after he was pulled over for speeding on Route 4 south by exit 7. The man was given a court summons and told to report to EGPD for processing before his court date. He was also given a speeding ticket. A friend with a valid license drove the car from the scene..

7:06 a.m. – Several callers notified police about a loose horse on Middle Road west of Route 2. A resident had stopped to help and was with the horse when police arrived. The owner arrived to take custody of the horse.

2:17 p.m. – A London Street resident called to report three small leaf fires on the London Street underpass. She said she did not see who started them.