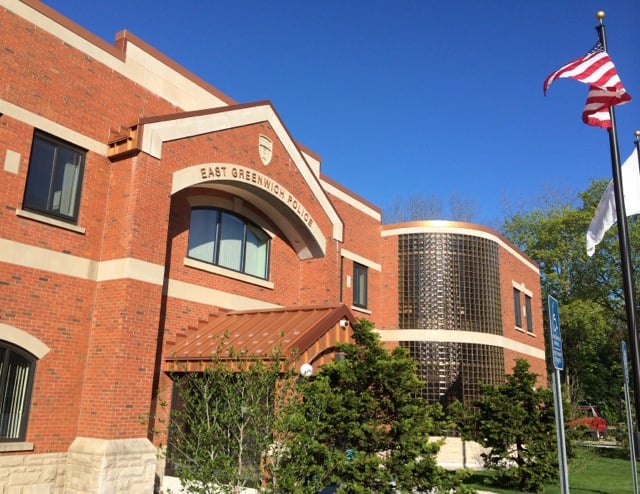 10:06 a.m. – An East Greenwich woman told police her ex-husband had been calling her, telling her to stay away from other men and calling her crude names. She had saved some of the voicemails, which were crude but not threatening. Police left a voicemail for the ex-husband, who lives in Providence, telling him the woman would pursue charges if calls continued.

5:08 p.m. – An EG woman told police she continues to receive calls from a man in prison against whom she has a no-contact order. The man is in prison for violating probation by contacting her earlier. According to the woman, the man called seven times since Friday and has also been calling and had written to her neighbor, hoping the neighbor would intercede on his behalf. The letter, turned over to police, asked the neighbor to “keep an eye” on the woman and said he loves and misses her. He also asked the neighbor to tell the woman set up an inmate account for him and put $200 in it. Police contacted the state Dept. of Corrections with the information.

5:44 p.m. – Town Manager Tom Coyle called police and fire when he saw a man walking on the sidewalk on Main Street and then lose consciousness and fall down. The man told police he has a history of seizures and he was taken to Kent Hospital by rescue.

8 a.m. – A Fox Run resident asked for help with several feral cats, including four kittens, in her yard. The animal control officer went to the house and was able to catch one of the adult cats. She left a trap in the yard in hopes of catching the mother of the kittens.

9:11 p.m. – Police saw a Dodge pickup pull over abruptly on First Avenue just west of Main Street and both the driver and passenger get out hurriedly. Police learned a pedestrian had been in the crosswalk at the time the pickup made a left turn from Main Street onto First Avenue and the driver had to swerve to avoid hitting the pedestrian. The pedestrian jumped back and fell. She declined medical help and continued walking south on Main Street. The driver said she didn’t see the woman, who was crossing without the crosswalk signal, because she was dressed in dark clothing.

9:30 a.m. – A Woodbridge resident told police a dog left its property on Woodbridge and followed her on her morning walk. The dog did not harm her, but she said she was frightened by the incident. The animal control officer was notified. According to the ACO, this has been a recurring issue at that address.

12:18 p.m. – Police arrested a Brockton, Mass., man, 23, on a 6th District Court bench warrant and for obstructing police after he lied about his identity during a traffic stop. He was a passenger in a car that had been pulled over because he wasn’t wearing a seat belt. The driver did not speak English, so police asked the passenger to translate. The passenger gave police another name – when police ran it, the photo that came back with the name was clearly not a picture of the passenger. He then gave his real name and routine checks turned up the bench warrant. He was taken into custody, arraigned by a justice of the peace and released on bail.

6:35 p.m. – Police arrested an East Greenwich woman, 35, at her home on three 3rd District Court bench warrants, two of which ordered the police to hold her without bail. She was taken into custody without incident, processed and driven to intake at the Adult Correctional Institutions in Cranston.

8 p.m. – A Forest Lane resident told police someone threw eggs at his truck, the third time his property has been hit by eggs in the past couple weeks. He said he and his family had been away since Saturday and he said he had no idea who might be doing this.