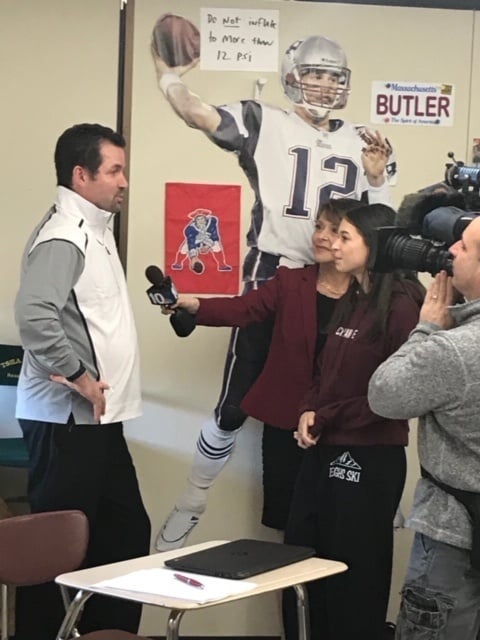 Marc Brocato, an English teacher at East Greenwich High School, received WJAR’s Golden Apple Award Wednesday. The Golden Apple honors “those who believe in the true spirit of teaching by making classrooms a creative and safe place to learn.” 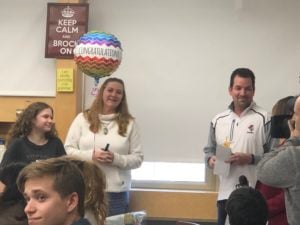 Junior Riley Brooks nominated Brocato. On Wednesday she said she appreciated Brocato’s listening skills and that during her freshman year, Brocato had helped her “actually like school.”

Brocato said his main goal is to get his students to be confident in themselves. “I encourage them to find a style that works for them and then I teach to the individual,” he said.

When asked what he most appreciates about teaching, Brocato, who is in his 25th year of teaching, said, “The kids energize me!” In addition to his teaching duties, Brocato coaches the Girls Tennis team.

The award presentation segment will air on Channel 10 on Thursday, March 7, at 6 p.m. This isn’t the first time this school year that the Golden Apple has come to EGHS. In the fall, social studies teacher (and softball coach legend) Rob Petrucci received one, nominated by  colleague Brendan Carniaux, who teaches music.