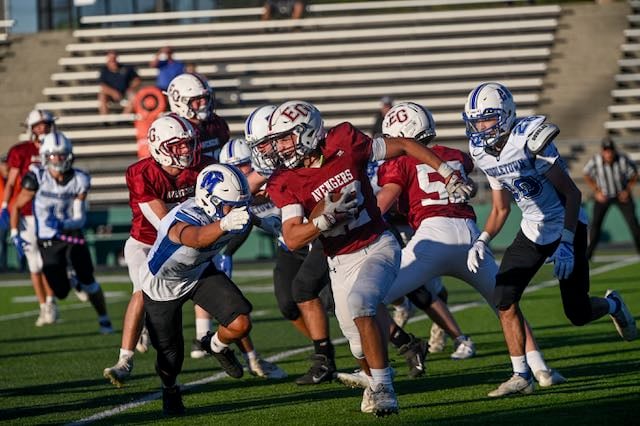 Above: Cade Thomas looks for an opening. Photos by Chuck Nadeau (chuckn.com).

The East Greenwich Avengers and the Middletown Cavaliers met on the field for a full uniform scrimmage game at Cranston Stadium today. Now, do you want the good news or the bad?

The good would be that it was the 50th anniversary of the first Rhode Island Super Bowl games, including the D2 game with EG vs. Middletown played at Brown U in 1972. Acting as official captains for the Avengers were, Fred Procopio, John Tober, Harold Dellahunt, and Scott Devinney.

Now for the bad. The Avengers lost this shortened (30 minute) game 21-0. Now granted this is a pre-season game, but it was a DI EG team playing a DII team. 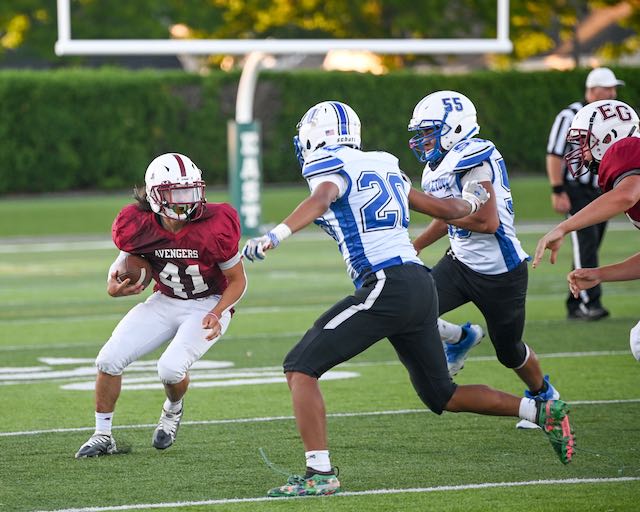 Carlos Gallegos looks for a hole. 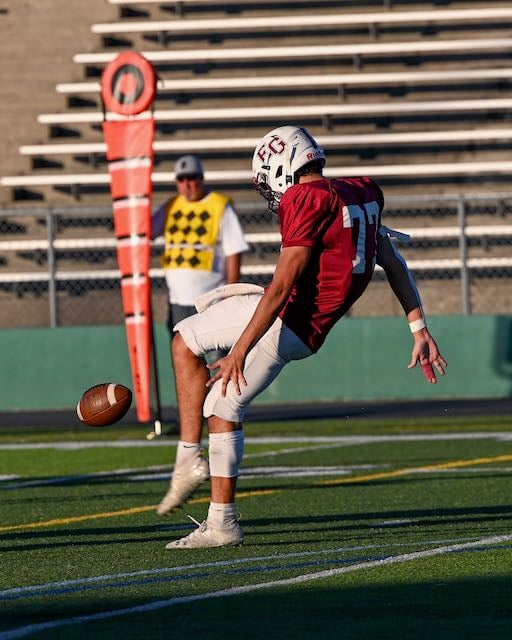 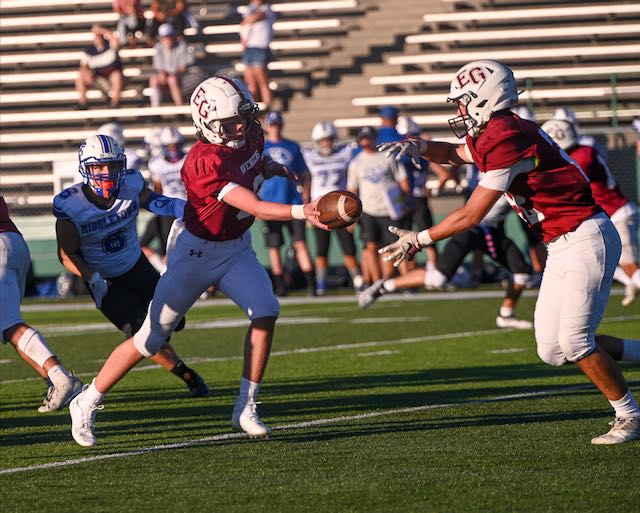 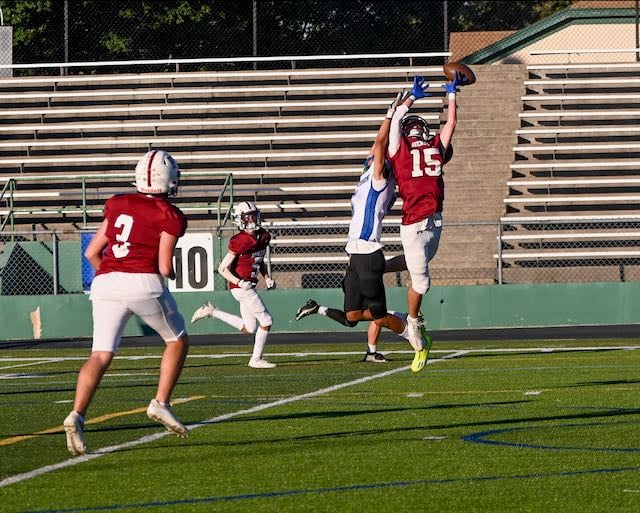 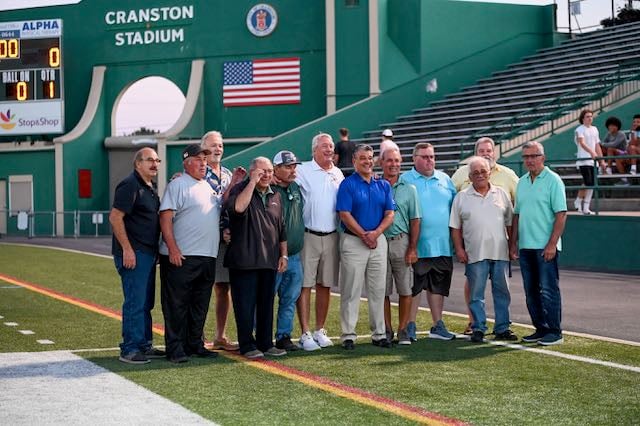 Participants from the 1972 Super Bowl games – Rhode Island’s first ever. The 50th anniversary of those first bowl games took place at the Injury Fund game Thursday.