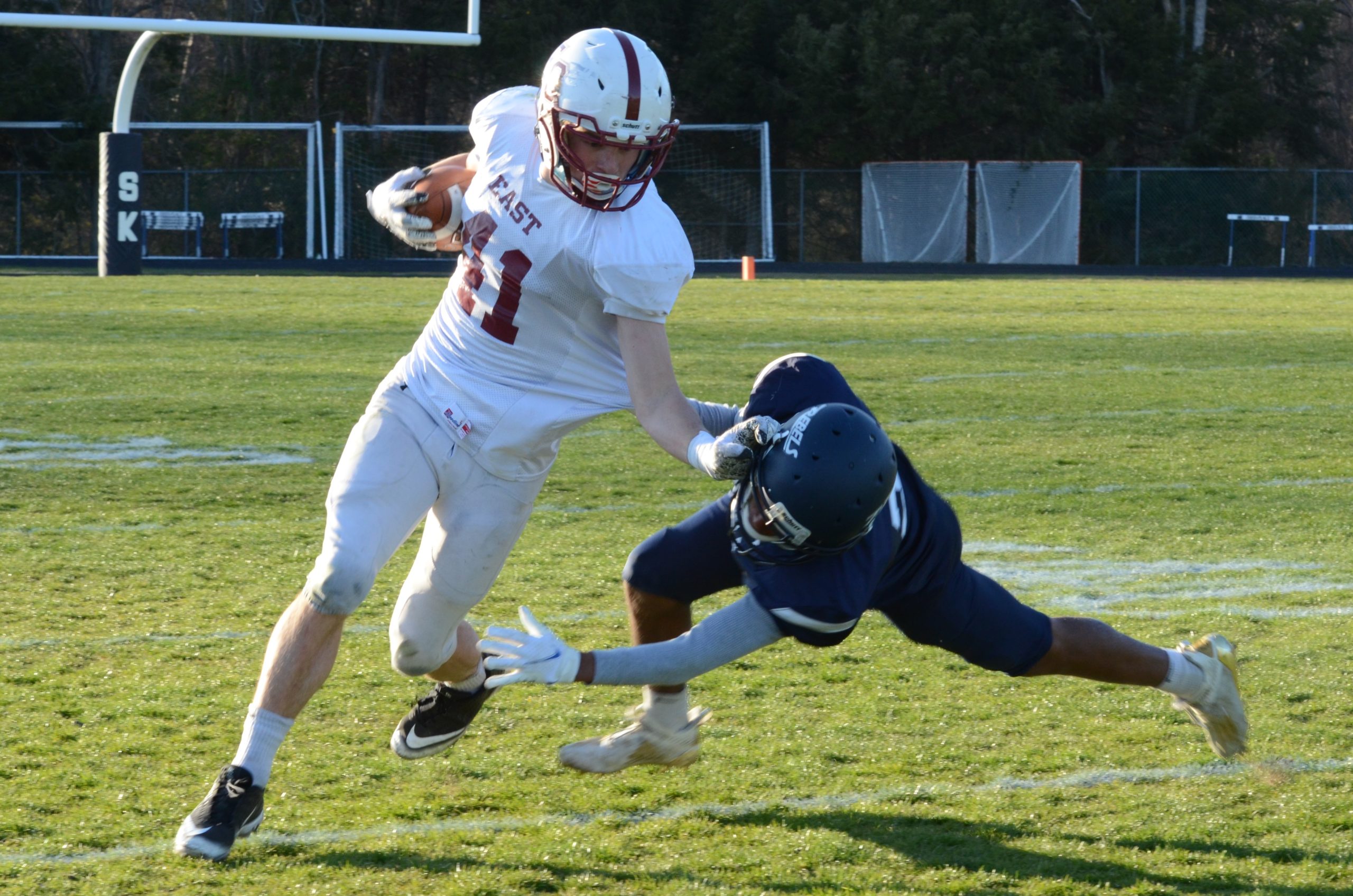 Only one team was going to make the playoffs at the finish of Friday’s East Greenwich versus South Kingstown football game – the winner. The Avengers earned that spot with a strong 35-21 win over the Rebels.

Chad Coppola runs with the ball. Photo by Chuck Nadeau. 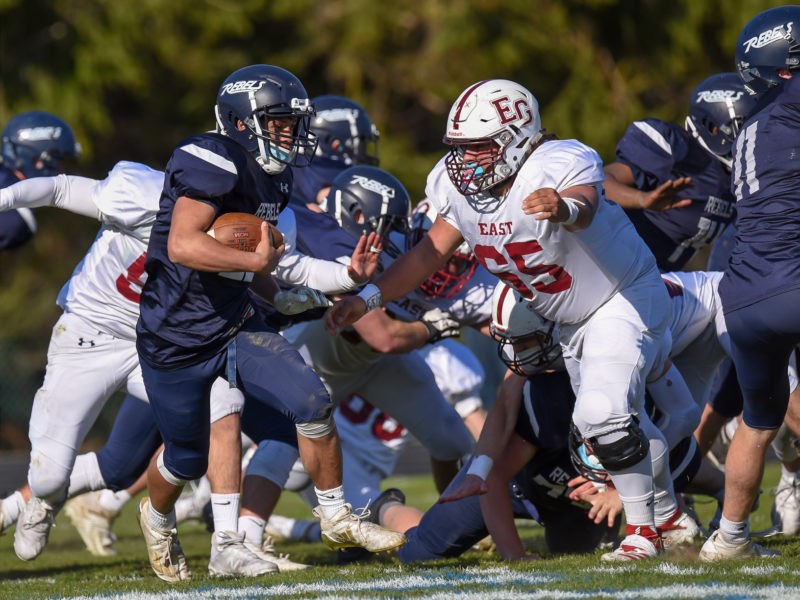